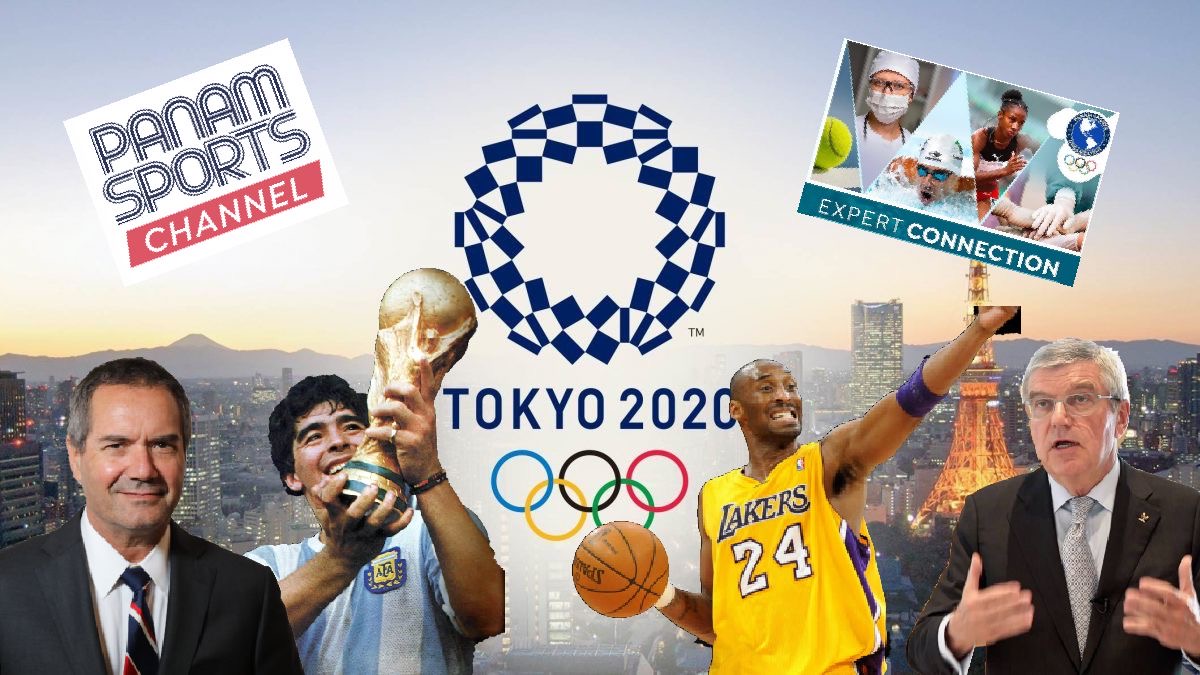 It’s been an unusual year that event the most pessimistic among us never would have imagined. We are experiencing the worst health crisis in the last 100 years, which has brought with it millions of deaths, economic crises and an uncertain future.

In the sports world, the postponement of the Olympic Games in Japan and the surprising deaths of Kobe Bryant and Diego Armando Maradona further increased the sadness experienced by sport fans around the world. The positive points of the year include the indoor World Record set by Yulimar Rojas in the Triple Jump and the unanimous re-election of Neven Ilic as the President of Panam Sports.

The year 2020 will be remembered as forever changing the world. Covid-19 hit everyone hard, killed millions of people and gave the world economy a major setback.

Sport was not exempt from all the problems. The suspension of most of the world’s sports leagues and competitions, and the postponement of the Tokyo Olympics deeply affected all who share a passion for sport. Millions of dollars were lost, athletes were confined and training in their homes and many of them contracted the virus, adding to the uncertainty that remains in our minds to this day, unsure of how long we will continue to experience this pandemic.

The beginning of the year got off to a very sad start. The NBA, the NFL and the Australian Open were underway, when on January 26 one of the most lamentable events in recent years occurred. American basketball icon and Olympic Champion, Kobe Bryant, died in a tragic helicopter accident alongside his young daughter Gianna, a day that brought tears to many throughout the world.

In February, the Super Bowl was held with the usual success in Miami, where after 50 years without a championship, the Kansas City Chiefs defeated the San Francisco 49ers by a score of 31 to 20.

At the end of February, perhaps the most intriguing sporting feats of the arrived as Venezuela’s Yulimar Rojas made history. On February 21, at the Madrid Meet, she broke the Indoor Athletics World Record in the Triple Jump, reaching 15.43 meters and surpassing the previous mark of 15.36 that the Russian Tatiana Lebedeva had obtained in 2004.

The month of March brought the great outbreak of Covid-19 around the world and little by little, the International Federations and the top sports leagues and Championships throughout the world began to suspend their competitions.

This is how the NBA, LNB, soccer leagues, America’s Cup, the ATP Tour, the Eurocup, marathons, triathlons, among many other sports competitions, were suspended until further notice.

Although the International Olympic Committee tried to not to rush in its decision, on March 24 it publicly announced that the Tokyo Olympic Games would be postponed until 2021, changing the entire sports landscape of 2020. This provided reassurances for many athletes who had already qualified to the Games as well as those who are still vying for qualification but were unable to train normally during the pandemic.

In the summer months in the Northern Hemisphere, numbers of infections and deaths from Covid-19 began to decrease, allowing some competitions to slowly resume. The first was soccer, followed by basketball and baseball, but without fans in the stands.

The Assemblies, Seminars and Annual Meetings of the Olympic Movement ceased to be face-to-face and all became virtual. The sports world was ready to leave 2020 behind and prepare for 2021.

As for Panam Sports, the Pan American Sports Organization, it maintained constant contact with the National Olympic Committees, offering them help with their different programs and, of course, remained concerned about our athletes.

In addition, the entire Panam Sports Staff and its various Commissions were working on different aspects to be able to cope with the pandemic in the best way. This is how the Expert Connection was created on the Panam Sports Channel to help athletes, coaches and leaders, and we worked hard together with the Organizing Committees of the first Junior Pan American Games of Cali 2021 and the Santiago 2023 Pan American Games.

In December, the LVIII General Assembly of Panam Sports was held where Neven Ilic was unanimously re-elected with all 52 votes throughout the continent, followed by the elections of the new Executive Committee which is now composed of the following members:

2020 said goodbye with more unfortunate news for sports fans throughout the world. On November 25, the greatest idol of Argentine soccer and considered by many the best player in history, Diego Armando Maradona, passed away. A heart attack ended the life of the albiceleste star at 60 years old, thus ending a year a tragic year for the sporting world.

December has only brought discouraging news, with significant increases in infections and deaths in Europe with new outbreaks of Covid-19 and a new strain discovered in the United Kingdom. However, hope lies in the vaccines that have already begun to be distributed throughout the world and that are expected to help stop this unfortunate pandemic that has made 2020 a year to be forgotten.