ALIANN POMPEY: WE’LL ALWAYS BE STRONGER TOGETHER IN SPITE OF THE CHALLENGES WE FACE 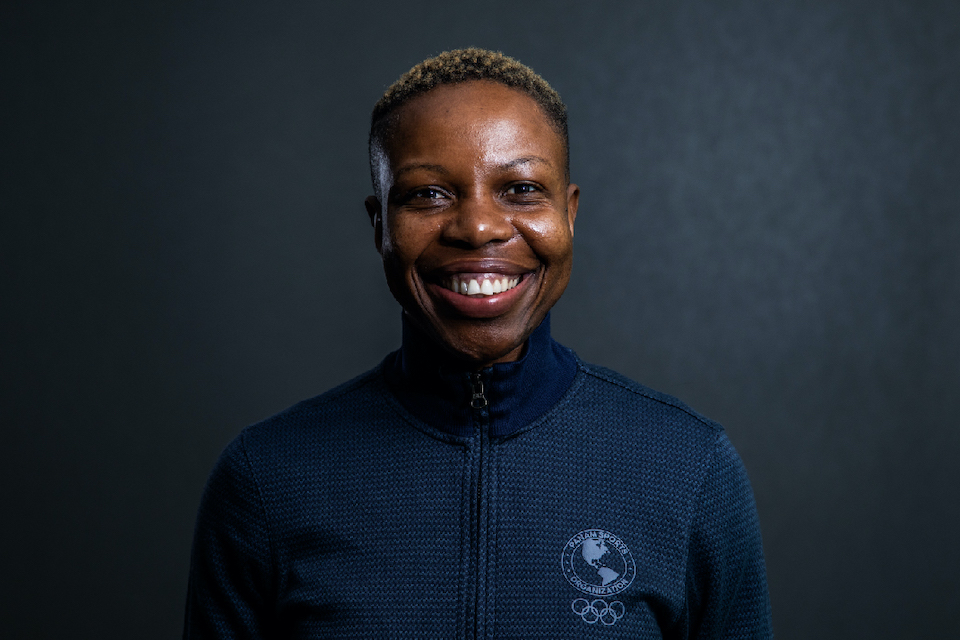 After a year at the helm of the Panam Sports Athlete Commission filled with unprecedented challenges and uncertainty, Aliann Pompey has learned that any adversity can be overcome by uniting behind a common cause.

At the Lima 2019 Pan American Games, thousands of athletes throughout the Americas elected Aliann Pompey of Guyana to be the new leader of the Panam Sports Athlete Commission. After just a few months adjusting to her new role, the Olympic Movement and the entire world drastically changed due to the Coronavirus pandemic.

“2020 tested my resilience and ability to adapt to changes I couldn’t predict or control. It forced me to reassess what our goals are and how we will achieve them despite the restraints imposed upon us because of the pandemic,” said Panam Sports Athlete Commission President, Aliann Pompey.

“While I’ve learned a lot recently, my first year as President of the Athlete Commission reinforced that we’ll always be stronger together in spite of the challenges we face. And I’m grateful that I have a full commission of engaged athletes that are continuously willing to give of themselves for the betterment of all of us.”

As the leader of the eight athletes chosen by their peers to give athletes a voice in important decisions within Panam Sports, Aliann is focused on increasing representation and making the athlete experience better for everyone across the 41 countries of Americas’ Olympic Movement.

“As a President, I want to make sure that all of our athletes’ views and concerns are considered when important decisions are being made, that our diversity is fully reflected in our offerings to athletes, and that our various groups feel represented. I want to make sure that athletes are actively involved in all aspects of what we do. Having the full support of the Panam Sports Executive Board and staff continues to make those things possible.”

Before becoming President of the Commission, Aliann enjoyed a successful athletics career that include a Pan American Games bronze medal at Santo Domingo 2003 and four consecutive qualifications to the Olympic Games in which she was the flagbearer for Guyana on two occasions. Despite ending her athletic career in 2012, she knew she did not want to leave the sporting world behind.

“I never intended to walk away from sport entirely. The people who graciously helped me throughout my career left such a lasting positive impression on me that I felt compelled to be that person for the next generation of athletes. I wanted to be a part of the agency that allows young people to pursue their dreams and reach the fullest extent of their goals without experiencing with as few roadblocks as possible. My experience was also not the smoothest, so once I found that there was a way for me to influence change and be a voice in the Olympic Movement I immediately went in that direction.”

But her goal of increasing representation in the Olympic Movement and influencing change doesn’t stop with athletes, and she is adamant in advocating for more women to become leaders in the world of sport.

“I am confident that we will see more women in sports leadership positions in the future. I believe that because opportunity and giving someone a chance to prove themselves is inherent in sports. I can list countless examples of athletes who achieved great heights because they were just given a chance, because someone went against the status quo and gave them an opportunity to shine. That kind of thinking is inherent in sports and I think that mentality coupled with action on the part of those who are in a position to change the status quo will result in enormous strides for women.”

Although she views the changes and advancements that Panam Sports is making, she notes that there is always room for improvement.

“We’ve seen a lot of improvement in athlete representation, Games preparation and direct funding for athletes. For example, Panam Sports works very closely with the commission to ensure there’s an athlete representative on all of the commissions. I think one area at the commission level that we can push for improvement is better preparing young women and female athletes for leadership roles. I think that there continues to be a gap in retiring from sports and becoming gainfully employed for athletes from a number of our countries.”

She adds that adding people you trust and admire to help you along your journey is essential to success not only in the Olympic Movement, but in all careers.

“I would encourage everyone to find a mentor. In the Olympic Movement in particular, while education can somewhat prepare you, hands-on experience and a network that will allow you to make the connections is important. I would also encourage them to share their ideas when they have the opportunity and forum — even if it’s not fully thought out. It could spark something that leads to vast changes,” she said.

“As far as advice for athletes competing, I would say be comfortable and expect to make short-term sacrifices for your dreams. Don’t always expect others to see your vision or believe in your goals, and that shouldn’t be what deters you. I read recently — and I’m paraphrasing here — that your calling doesn’t need to be explained or understood or even supported by everyone, just you. It wasn’t a conference call. And finally, you don’t always have to take big steps to get you closer to your goals, but each day, make sure you take at least a small one in the right direction.”

As the athletes’ representative on the Panam Sports Executive Committee, Aliann continues to help Panam Sports take these steps towards greater representation for athletes and women throughout the Americas.