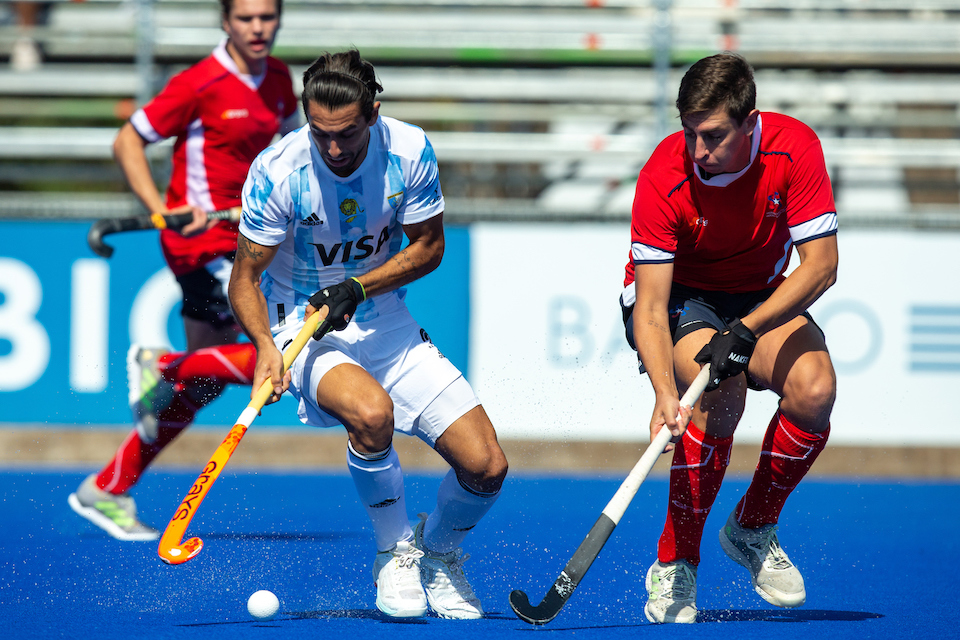 After finishing as the top two teams at the Pan American Cup held in January 2022 in Santiago, Chile, Argentina and Chile are seeking the first medal for the Americas at the World Cup since 2014.

The 15th edition of the FIH Hockey World Cup begins Friday, January 13 in India with Argentina starting off the competition against South Africa at 1pm local time. The two teams from Pool A begin their quest to reach the second round that begins on January 22.

Chile is the only other team from the Americas to qualify to the World Cup after their second place finish at the 2022 Pan American Cup held in their country last January. One year later, they enter the tournament in Pool C and kick off their schedule against New Zealand on January 14 at 1pm local time.

Throughout the previous 14 editions of the Hockey World Cup, Argentina is the only country of the Americas to have earned a medal. The albiceleste team took home the continent’s first and only bronze in 2014 and now hopes to match that feat or better at the 2023 edition.

After their first World Cup title in 2018, Belgium is set to defend their title from Pool B where they will face off against Germany, South Korea and Japan.

Pool A features three-time champions Australia, a team that is strongly favored to reach the second round. Argentina will have to put up a fight to advance out of Pool play in a tough group that also includes France.

In Pool D is the team from the host nation of India, as well as the teams from England, Spain and Wales. Malaysia and three-time champions the Netherlands are in Pool C alongside Chile and New Zealand.

The winners of the crossover games will move on to the quarterfinals to take on the top teams from each Pool with those matches taking place on January 24 and 25.

The top 4 teams will face off in the semifinals on January 27 before the bronze and gold medal matches are held on January 29 to conclude the 2023 World Cup.

Panam Sports wishes nothing but success to both Argentina and Chile as they seek history for their respective countries in the Hockey World Cup.