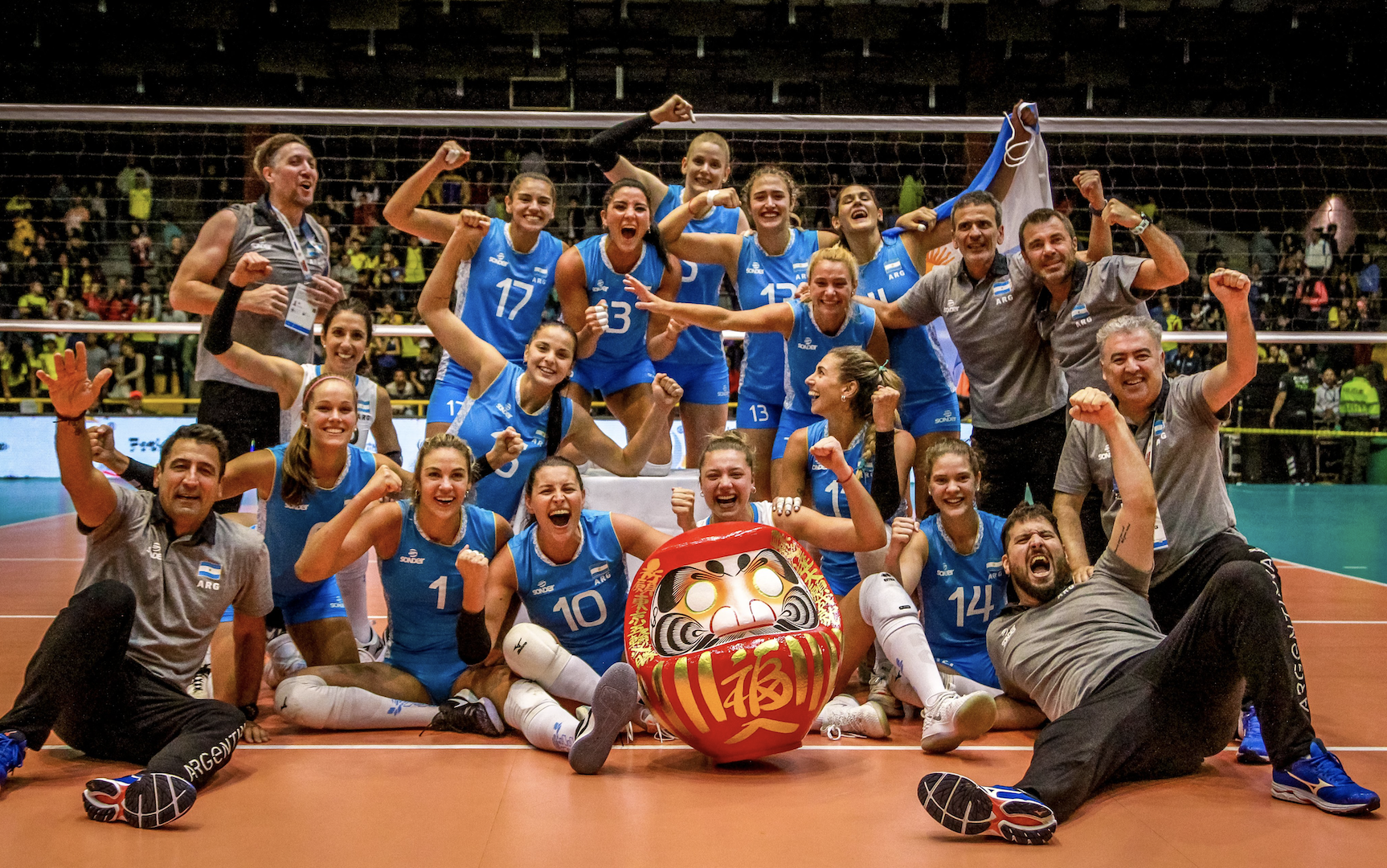 The albiceleste women’s volleyball team defeated the host nation Colombia in the final match of the Pre-Olympic tournament in four sets (3-1) to achieve its long-sought qualification to the Olympic Games. The Colombian fans filled the stadium but left disappointed after rooting for their team to secure their first Olympic qualification.

Bogota was the scene of the Pre-Olympic South American Volleyball tournament where four countries competed for the title but two were heavy favorites to receive the only Olympic quota offered at the tournament.

After two days of competition, Argentina and Colombia surpassed the teams from Venezuela and Peru each with victories of 3-0, setting up the grand finale between Colombia and Argentina where each fought hard to secure passage to the ‘Land of the Rising Sun’.

Before the match began, hundreds of Colombian fans packed the Salitre Coliseum with their bright yellow shirts hoping to watch Colombia qualify to the Olympics for the first time in history. The excitement in the stadium was palpable as the two teams finally took the court.

From the beginning, it was clear these teams were evenly matched. Argentina felt the pressure from the crowd as it encouraged Colombia to a great first set that they won 25-16.

Argentina felt the blow but quickly began to rebound from the early defeat. With improved concentration, great reflexes and efficient attacks, Argentina prevailed in the second set by a score of 25-21.

Argentina continued to gain confidence in the third set, while Colombia on the began to slip and fall behind their rival, leading to a 25-16 defeat.

Down 1-2 heading into the fourth set, Colombia fought valiantly to make the comeback, but the experience of the albiceleste squad proved too much for Colombia, with Argentina winning 25-21 to take the set and the match, as well as qualification to the Tokyo 2020 Olympics.

“We got what we came for: we have made history in Argentina for the second time,” said captain Julieta Lazcano at the end of the game.

Although she was sad following the loss, Colombia’s captain Maria Alejandra Marin said, “we left everything on the court and nothing was given. Now we have to wait four years for Paris 2024. It was a long and difficult game and their experience came through, but we will continue working for our dream.”