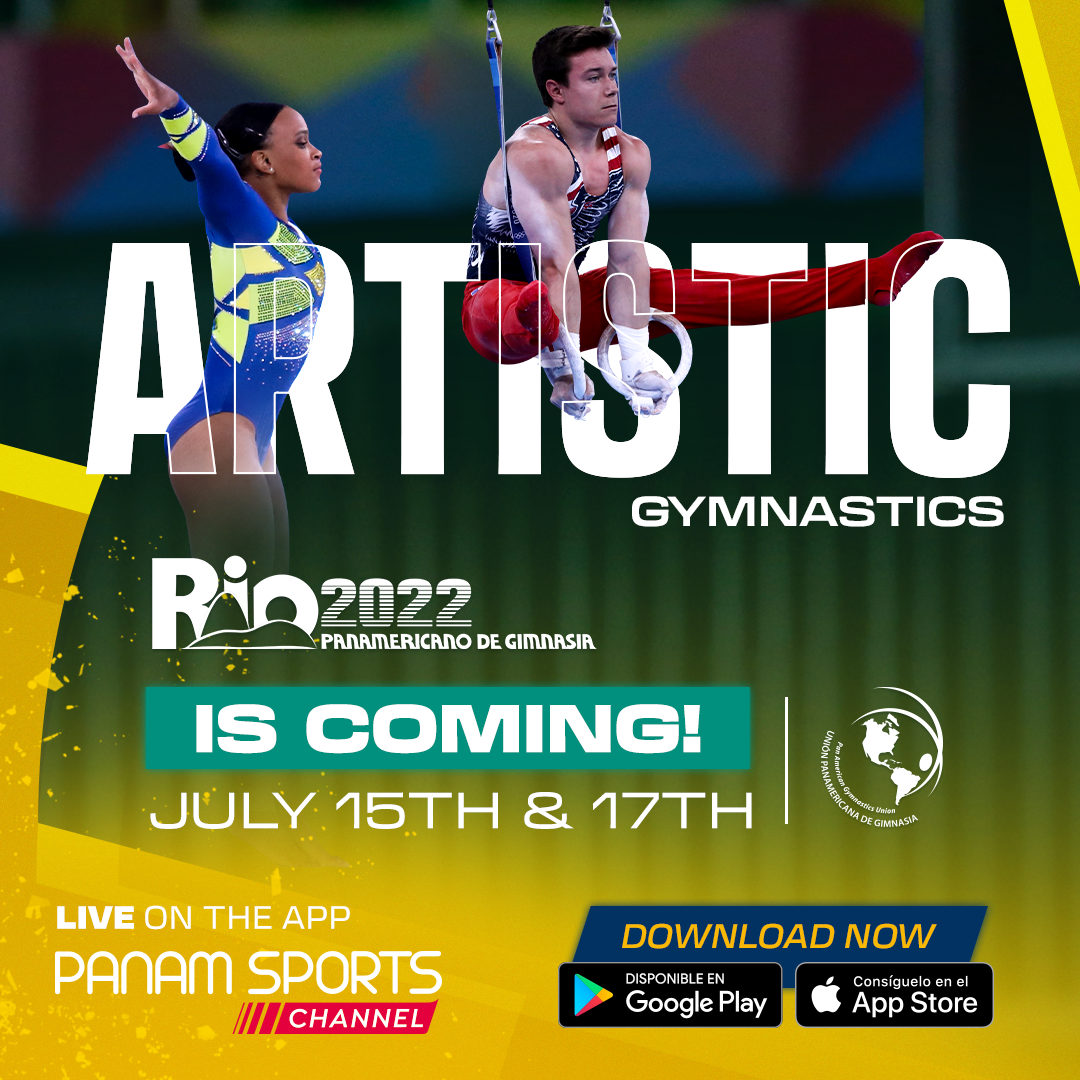 This weekend the best artistic gymnasts of the Americas will compete for continental titles at the 2022 Pan American Gymnastics Championships.

The championship will take place from July 15-17 with the action streaming live on Panam Sports Channel on the first and last days of competition.

This continental championship will serve as a qualifying event for the Liverpool 2022 World Championship and the San Salvador 2023 Central American and Caribbean Games. The competitions will be held in the Olympic venue from Rio 2016 called Carioca Arena 1.

The Brazilians won both the team and individual All-Around events at the previous championships in 2021 led by recent Olympic champion Rebeca Andrade and Lima 2019 All-Around champion Caio Souza.

The competition will begin on the 15th with the All-Around and individual apparatus qualifications and finals. The team finals will then take place in both the men’s and women’s events on July 17. Both days of this exciting action will be shown live on the Panam Sports Channel for viewers throughout the world.

Brazil will face tough competition from fellow powerhouses in the sport like the United States, Canada and Mexico.

In total, the Pan American Artistic Gymnastics Championships will bring together 469 participants from 23 countries.

Don’t miss a minute of the action! Download the Panam Sports Channel App for free on all iOS and Android devices or watch on the web at www.panamsportschannel.org.