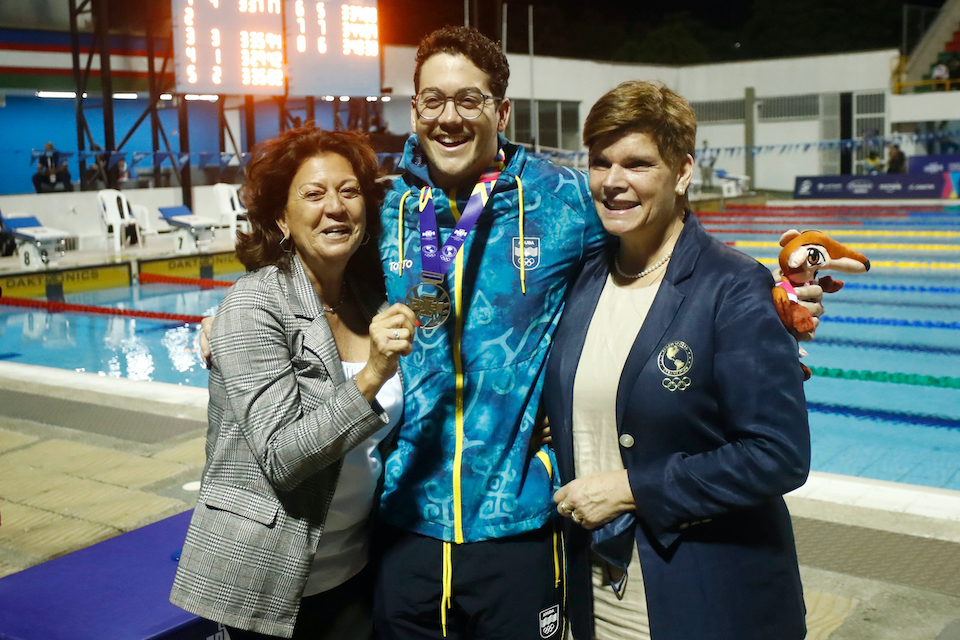 After winning their historic first medal at the Lima 2019 American Games, Aruba has already claimed three medals in the first edition of the Junior Pan American Games.

It didn’t take long for Aruba to join the history books at the first Junior Pan American Games ever held, leaping up the medal table on Day 2 of Cali 2021 with their first gold medal ever.

The magic moment came in the Hernando Botero O’Byrn Pool, as Patrick Groters powered his way to the wall after four grueling laps in the Men’s 200m Backstroke to come away with the victory in a time of 2:01.78. The momentous gold medal celebration featured Patrick sharing the stage with his mom and Aruba’s Olympic Committee President Nicole Hoevertsz on November 27.

One day later, Patrick was ready to help Aruba make even more history. He put together another strong performance in the Men’s 100m Backstroke to earn the silver medal, just narrowly missing his chance at a second gold to Mexico’s Diego Camacho, the same athlete Patrick had outlasted in the 200m race the night before.

But Groters saved his best race for the last night of the Swimming competition on November 30. In the Men’s 200m Individual Medley, Patrick once again found himself on top of the podium after posting a time of 2:02.09, nearly half a second faster than his closest competitor from Guatemala.

His three-medal performance sets a historic new standard for Aruba following the country’s first ever medal at the Pan American Games of Lima 2019 in Sailing.

With two tickets already booked to the Santiago 2023 Pan Am Games on the strength of Groters, Aruba will seek to continue their momentum and keep reaching the podium at the most important sporting events in the Americas.