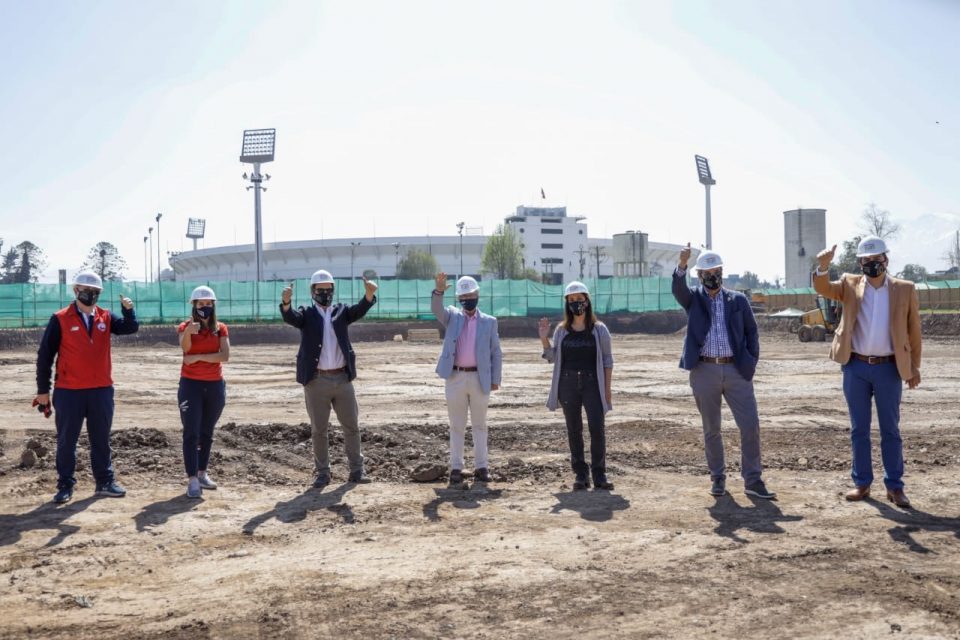 Field hockey is beginning to see a dream become a reality thanks to the construction of two fields within the National Stadium that meet Pan American standards and will become the first public training center for the sport.

“More than three years before the Pan American and Parapan American Games, Santiago 2023 is underway. We have already started construction work on one of the venues that will be part of the Games network. Field hockey will be installed in a place like the National Stadium, which is the heart of the middle class and from there it will be able to grow to find future talent,” said the Minister of Sports, Cecilia Perez.

“Infrastructure is essential. In this case we are starting well in advance. In a couple of months, other construction projects will begin. I am happy that the National Stadium is an important development center for the Pan American Games because all of this will be a tremendous legacy for the community,” added Panam Sports President, Neven Ilic.

“I am excited, we will finally fulfill the federation with what they have been requesting for so many years, to have a public field. This is the first stamp of all the sports infrastructure that we will have for Santiago 2023,” said Chilean Olympic Committee President, Miguel Angel Mujica.

“It is a pleasure for us, as a Corporation, to see that the dream begins to take shape. Our athletes will be able to have almost two years of preparation on the same courts where the competitions for medals will be held,” signaled Santiago 2023 Executive Director, Felipe de Pablo.

The fields will effectively be ready at the end of 2021. For the Captain of the “Diablitas”, Camila Caram, these fields are “historic”. “We wanted to see it to believe it, and here I am seeing it. It is our dream. This provides the way for hockey to continue to grow and improve in the future.”