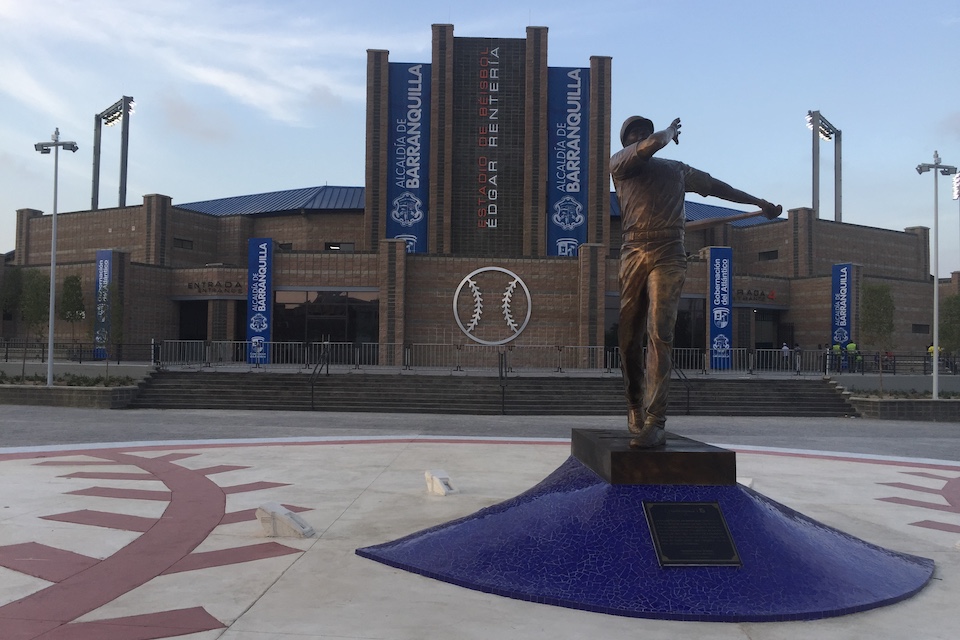 Barranquilla joins the Junior Pan American Games with the confirmation of the capital of the Atlantic as a sub-site for the Games. The baseball finals will be held in the city often known as ‘La Arenosa’.

Panam Sports President Neven Ilic highlighted the sports culture of the Barranquilleros and the commitment and interest of its Mayor, Jaime Pumarejo.

The Organizing Committee of the first Junior Pan American Games of Cali-Valle 2021 confirmed on Tuesday that Barranquilla will serve as a sub-site of the Games, highlighted by the baseball finals in the Colombian city that sits on the Caribbean.

The ‘Golden Gate of Colombia’ will host the eight best baseball national teams of the continent in this sport between September 10-16. The outstanding level of baseball throughout the Americas ensures a great tournament during the Games. The country that is home to baseball legend Edgar Renteria will again have the opportunity to demonstrate its ability to organize a great baseball tournament to the world, repeating their success during the celebration of the Barranquilla 2018 Central American and Caribbean Games.

The stadium that will host this baseball tournament during Cali 2021 bears the name of Edgar Renteria, a World Series Champion in 1997 with the Florida Marlins and in 2010 with the San Francisco Giants. The modern stadium has all the standards required to hold international events at every level, having been endorsed by both the MLB and World Baseball and Softball Confederation.

The reactions to the news came immediately. Panam Sports President Neven Ilic said that having Barranquilla among the sub-sites of the Games is very important due to its ability and joy shown by its leaders, highlighted by the city’s top authority.

“Barranquilla, like Cali, is a city with a lot of sports culture. It organized some spectacular Central American and Caribbean Games in 2018. Now its authorities — and especially its Mayor, Jaime Pumarejo — have shown great interest and commitment to be a sub-site of our first Junior Pan American Games of Cali 2021. For Panam Sports, it is an honor for baseball to be played in such a beautiful city where the people are so warm, cheerful and passionate about sports,” said Panam Sports President, Neven Ilic.

The General Director of the Games, Jose Luis Echeverry Azcarate, said it was great having an ally like Barranquilla, thanks to its proven experience in organizing international sporting events.

“I’m very pleased to have Barranquilla as a sub-site of the Games, a city that already has a great experience in this kind of event as demonstrated with the Central American and Caribbean Games. Today, it is a firm candidate to host the Pan American and Parapan American Games of 2027. Fortunately, they have a very committed political and sports leadership and have the support of a great ally like Mayor Jaime Pumarejo, who showed all his interest and enthusiasm at the meeting we had with the representatives of Panam Sports. It will be a pleasure to work with all of Barranquilla’s team and it is very pleasant for us to confirm this great news,” said Jose Luis Echeverry Azcarate.

Daniel Trujillo, the director of the Barranquilla sub-site who also leads the committee seeking to host the 2027 Pan American and Parapan American Games, believes that having carried out the Central American and Caribbean Games has opened the doors for the city to aspire to hold more international events.

“There are many things that motivate us to bring this type of event to Barranquilla, among them the enthusiasm and drive of our Mayor, Dr. Jaime Pumarejo, who has shown the most interest in supporting these types of projects that began with the Central American and Caribbean Games. The city has shown so much support for them and that’s why we had a resounding success. We hope that fans are allowed during the Games so that everyone can enjoy the party of the Junior Pan American Games and see how the Barranquilleros are great hosts,” said Daniel Trujillo.

Trujillo also addressed the quality of the venue and the global outlook of baseball in Barranquilla.

“The city has one of the best venues for baseball in the world, it has all the endorsements and offers all the guarantees for these types of events. Our development plan includes these international sporting events that allow us to promote the city to the world, we are prepared to receive the eight best junior baseball teams.”

On November 1, 2010, former Mayor Alejandro Char announced that once remodeled, the old Tomas Arrieta baseball stadium would be named after Edgar Renteria as a tribute to the player following his second World Series championship.

The Tomas Arrieta stadium was demolished and the new field shifted the orientation of the diamond by 180 degrees, creating a new entry on Carrera 54, with a capacity of about 9,000 people and suitable for Double-A club tournaments and the Caribbean Series.

The Edgar Renteria stadium has three levels of stands, a presidential suite, 20 box suites, LED 1500 lux lighting suitable for all types of television transmissions, an automatic drainage and irrigation system, in addition to a modern electronic scoreboard.

The stadium was inaugurated on May 31, 2018 with a match between Colombia and Venezuela where the home team won by a score of 4-2 during the International Baseball Cup called the ‘Capital de Vida’, in which Puerto Rico and the Dominican Republic also participated. That night, the entire city paid a great tribute to Edgar Renteria. The tournament was eventually won by the team from the Dominican Republic.

That same year, Barranquilla hosted the 2018 Central American and Caribbean Games and the Edgar Renteria stadium showed its best face as it was the home of the baseball tournament where Puerto Rico was enshrined as the champion, leaving the silver medal for Cuba and the bronze medal for Colombia.

On October 4, 2018, the Colombian Baseball Museum called ‘Tomas Arrieta’ was inaugurated at the stadium, featuring the most important achievements in Colombian baseball history, including a space dedicated exclusively to the career of Edgar Renteria.