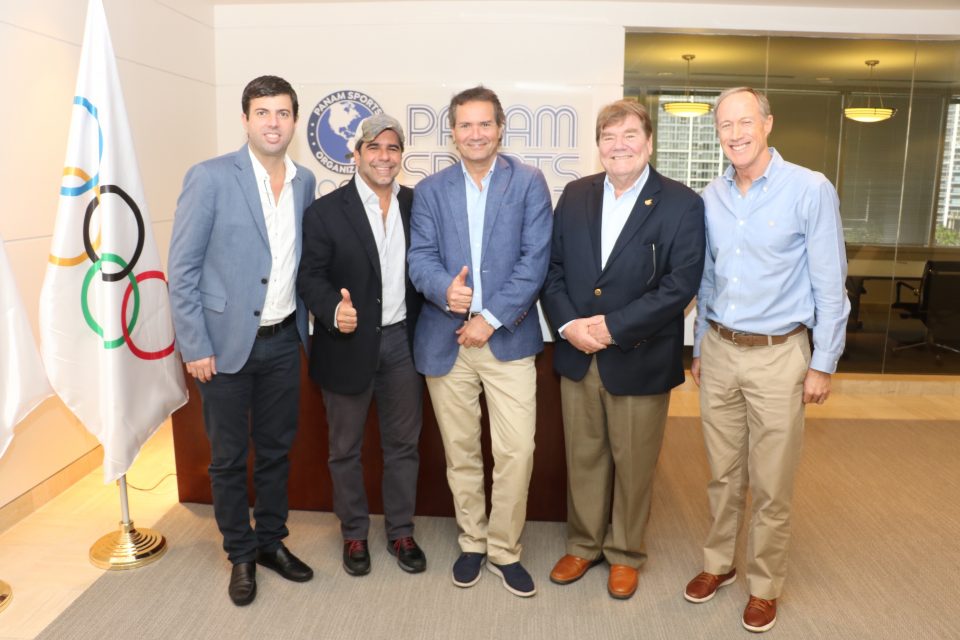 Today, Barranquilla Mayor Alejandro Char confirmed that Colombia’s city on the northern coast would like to host the Pan American Games while meeting with Panam Sports President Neven Ilic in Miami. After successfully hosting the best Central American and Caribbean Games in history, Barranquilla is ready for more.

According to many athletes, officials and sport leaders, the Barranquilla 2018 Central American and Caribbean Games were delivered with an unprecedented level of organization, public engagement and technical proficiency, leading them to declare the Games as the best in the history of the world’s oldest regional and multisport Games.

The results for both ODECABE and the Mayor of Barranquilla were completely positive, while the people of Barranquilla and Colombia were delighted to receive more than 5,000 athletes during 16 days of competition.

The CAC Games in the “Happy City” were such a resounding success that leaders of the city and the country want to take sport to the next level, officially confirming their interest to host the continent’s top multisport event – the Pan American Games. If successful, Barranquilla would receive its first Pan Am Games in history while it would be the second edition held in the Colombia. Cali, Colombia hosted the Games in 1971.

This was what inspired the Mayor of Barranquilla, Alejandro Char, to travel to Miami specifically to meet with the leadership of Panam Sports and President Neven Ilic, personally delivering Barranquilla’s interest to bid for the Pan American Games of 2027.

“When the Barranquilla 2018 Games came to a close, that night I felt very supported by the people. I felt that we had more than 1.5 million people who wanted more and from there our desire to apply was born,” said Mayor Char.

“After this meeting I’m feeling more calm, confident and sure than ever that we can do it. I am very happy with how President Ilic received us, pleased with our dialogue and the direction set by Panam Sports which is a path that we will follow. We are going to do everything in our power to make the advancements to hold the Games that Barranquilla wants and deserves,” the Mayor concluded.

The next edition of the Pan American Games will take place next July in Lima, followed by the 2023 Pan Am Games in Santiago, Chile. Barranquilla is now the first city to officially confirm its interest to host the Games in 2027, but several other countries have expressed an initial interest to bid for the most important sporting event of the Americas.