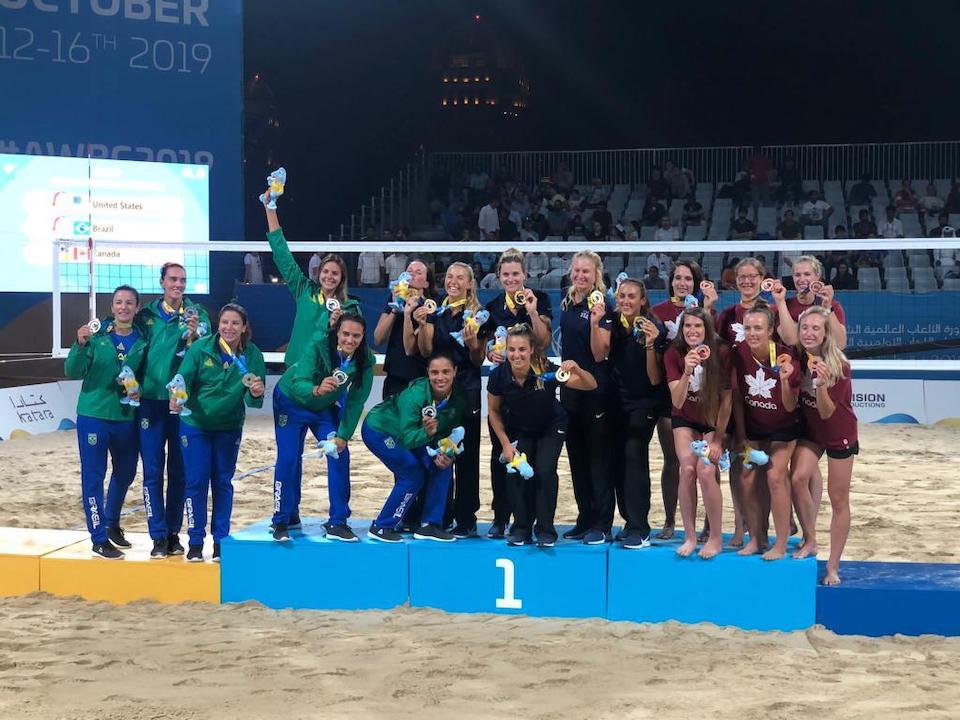 In the inaugural edition of these Games, the countries of the Americas put together outstanding performances, with Brazil standing out by finishing 2nd place in the final Medal table and Team USA placing 4th. Eight of the 19 countries from the Americas participating in these Games organized by ANOC won medals.

For the first time in history, beach sports came together at a single international event, dubbed the World Beach Games and organized by the Association of National Olympic Committees (ANOC) in the city of Doha. More than 1,300 athletes from 97 countries gathered in the capital of Qatar, which despite being chosen as the replacement Host City just a few months ago, successfully welcomed these athletes to an event that was very well organized.

Medals were up for grabs in 13 sports and 14 disciplines, with Spain emerging as the winner of the ANOC World Beach Games with a total of 10 medals: 7 gold, 2 silver and 2 bronze. Brazil finished in second place as the top team from the American continent, earning 5 golds, 4 silvers and 3 bronzes.

“I want to congratulate ANOC, the Organizing Committee and the Olympic Committee of Qatar for the excellent World Beach Games they have organized. It was a risky challenge as they had very little time to organize — especially for the first edition of these Games — and I think everything worked very well. I congratulate all the athletes who participated and of course our athletes of the Americas that I know gave everything to represent their countries to the best of their abilities,” said Panam Sports President, Neven Ilic.

Qatar now waves goodbye to this historic new event that took place just one week after the World Athletics Championship were also held in Doha. Both represent a great prelude to the festival that will come with the FIFA World Cup in 2022.

Over the next two days, ANOC will hold its annual General Assembly where Panam Sports President Neven Ilic will make his annual report of everything done as an Organization this year, highlighting the success of the Pan American Games. After the first day of the Assembly, all guests will attend the ANOC Awards Gala where the best athletes from each continent will be awarded for their performances at their respective Continental Games.