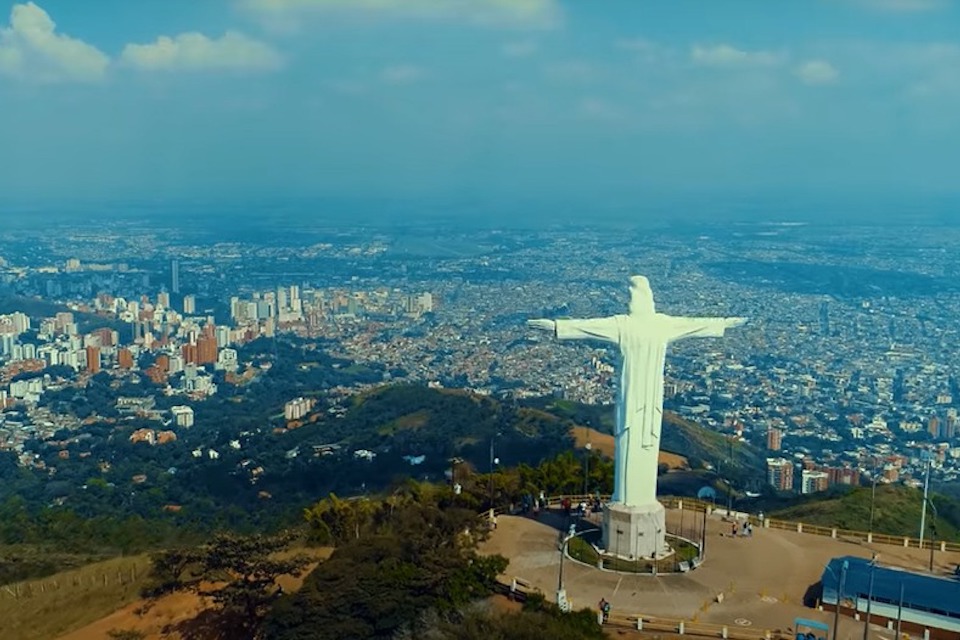 The Pan American Flame for the Junior Pan American Games will come to life at the foot of the monument of Christ the King.

The official Torch Relay will run from November 17 to 25, concluding at the Pascual Guerrero Stadium as the central act of the Opening Ceremony on November 25.

The birth of the flame, the passing of the torch and its journey to light the cauldron during the Opening Ceremony are the most symbolic moments of events in the Olympic cycle.

Traditionally, athletes, authorities, community leaders and artists, among others, are asked to carry the torch throughout its journey until it reaches the place where it will remain lit until it goes out at the end of the Games. It is an honor for everyone who takes part and carries the weight and responsibility of that great symbol, kilometer after kilometer, to its final home.

All torchbearers help make the history, but those tasked with the lighting of the cauldron become legends. Receiving the torch and lighting the cauldron that will burn throughout the event is a true honor enjoyed by very few.

The Cali-Valle 2021 Junior Pan American Games have now prepared the route of the torch relay that will travel throughout the various sub-sites in the Valle del Cauca before ending in the main Host City of Cali, with each stop along the way demonstrating its unique identity.

“We will have a tour that will visit the most iconic sites of each city, the historic center, the sports venues and in general what identifies each site of the Games. We will do it with sports and cultural exhibitions. We want it to be an inclusive movement, not only in terms of gender, but also that 50-percent of the torchbearers will include people with disabilities and well-known icons who belong to various social circles of all ages who are part of different ethnic groups. The remaining 50-percent will be athletes,” said Torch Relay Coordinator, Marcelo Velez.

“As with the official medals of the Games, which are inspired by birds, the design of the torch is related to its nest, the place where they are born and will grow their wings to fly. Our legacy of sustainability with the planet also has to do with the flame, which will be produced with a biofuel that is environmentally friendly and does not produce toxic smoke or odors. Each torch has a charge lasting approximately 45 minutes and we will utilize four throughout the tour,” Velez added.

The initial lighting of the Pan American Flame will take place on November 17 in the Cerro de Los Cristales (Cali) with the monument to Christ the King — the city’s greatest representative — serving as the witness of honor. A group of boy scouts will be in charge of lighting the fire that will produce the flame to light the torch in a ceremony demonstrating the culture of the city and the region alongside the presence of authorities of the Games and special guests.

Sunday, November 21, 3:00 pm. Yumbo.
Mulalo Museum to the Sanctuary of the Lord of Good Comfort

Monday, November 22, 3:00 pm. Buga.
Uniminuto Buga headquarters to the Basilica of the Lord of Miracles