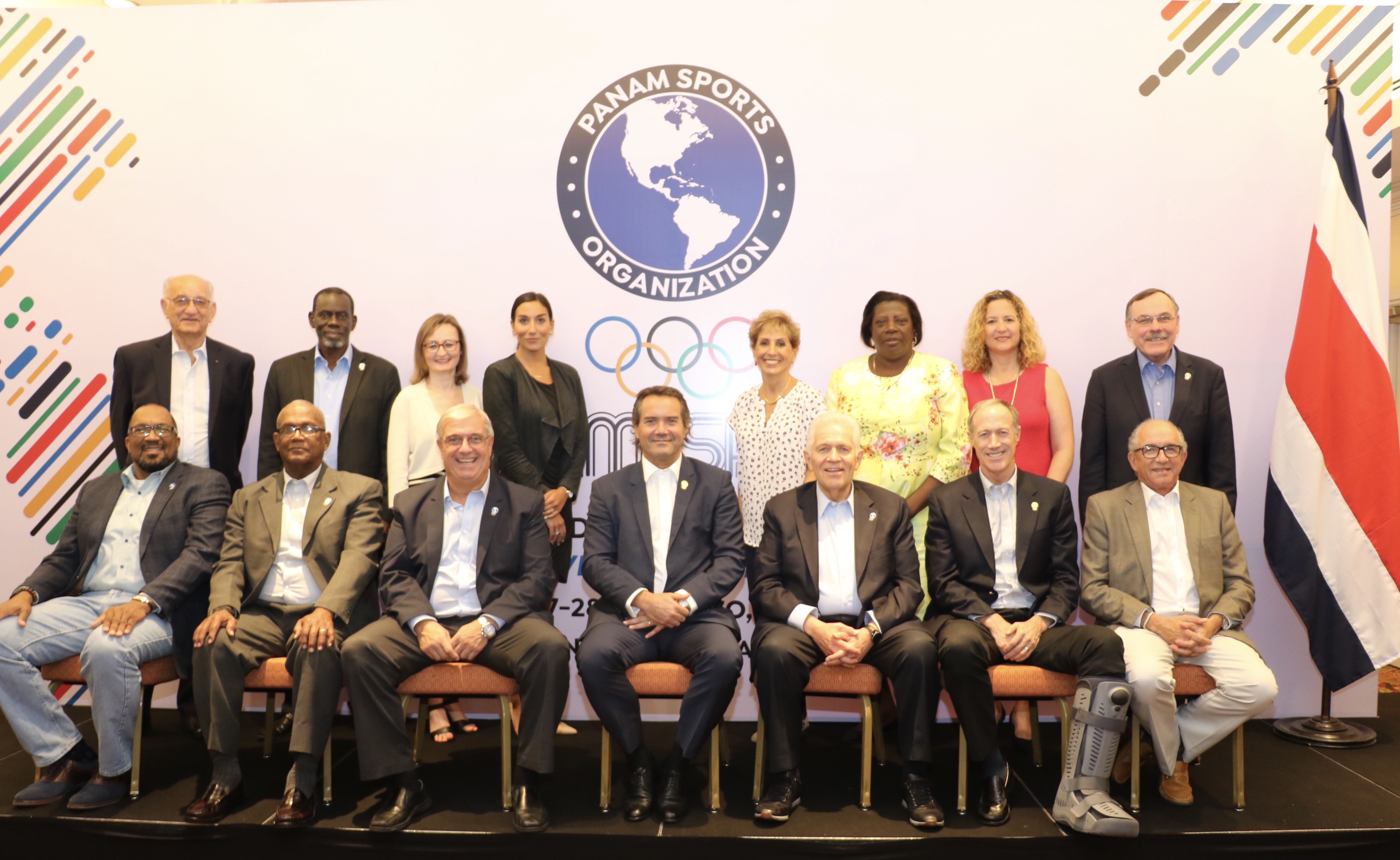 Costa Rica hosted the meeting, keeping in line with Panam Sports’ commitment to hold meetings throughout the different countries of the Americas.

SAN JOSE, COSTA RICA (March 28, 2019) —  Fourteen members of the Executive Committee from throughout the continent arrived in Costa Rica on Tuesday, ready for a packed agenda of activities, beginning with the inauguration of the Olympic Sports Science Center of the Costa Rican Olympic Committee, financed with the contributions of Panam Sports and the OlympAmerica program.

On Wednesday, the Executive Committee officially began with the Costa Rican Sports Minister, Hernan Solano, in attendance. Solano welcomed the Executives and thanked the Panam Sports leadership for choosing their country as the venue for this meeting. President Ilic recognized and showed gratitude to the Minister for the important support he gives to the National Olympic Committee.

After the official welcome, it was time for presentations by the Candidate Cities for the Junior Pan American Games that will be held in 2021. The delegations of Cali, Colombia, Santa Ana, El Salvador and Monterrey, Mexico all gave enthusiastic presentations and robust proposals to host these historic Games for Panam Sports.

In the end, Cali was elected as the Host City for these unprecedented Games that will provide more opportunities to a forgotten generation that after turning 18-years-old and competing in the Youth Olympics Games, often have difficulty finding events and funding as they strive to compete in elite competitions with adults.

“Cali gives us the guarantees and tranquility necessary to ensure the success of these first Junior Pan American Games. I congratulate Colombia and also El Salvador and Mexico for their interest in being the Host City. Undoubtedly, the hosting of these Junior Games will greatly help the continent’s sporting development,” said Panam Sports President, Neven Ilic.

After the Host City election, the Panam Sports Commissions that met in Costa Rica prior to the Executive Committee presented their advances. The Women in Sport Commission, led by Silvia Gonzalez, has set its primary objective as empowering and encouraging female participation throughout the region, including a series of projects which will be financed with resources that were approved by the Executive Committee. The Sports Development Commission — led by Professor Eduardo Alvarez — has done an excellent job and with Training Camps, educational programs for Coaches, and a series of new projects focused on shrinking the gap between the 32 countries that currently do not achieve Olympic success with those that do.

The Marketing Commission is now presided by Sarah Hirshland, CEO of the U.S. Olympic Committee, and is working hard in search of commercial agreements for upcoming events and supervising the work that Lima 2019 is doing. The New Events Commission is already developing the guidelines for the 2021 Junior Pan Am Games, while also analyzing the possibility of adding new events such as Beach or Youth Games.

To conclude the two-day meeting, Lima 2019 and its President, Carlos Neuhaus, presented a report detailing its progress with just four months before the start of the Pan American Games. Lima 2019 now has more than 100,000 registered volunteers, more sports venues completed, the start of campaigns promoting the Games, and the important result of a survey that found that 69 percent of Peruvians know and are excited about the Games in Lima. These were some of the most important topics presented to the Panam Sports Executive Committee.

The commitment of Lima is there. The support of both Panam Sports and the Peruvian Government is there as well. Only four months remain for the continent’s most important sports festival, and the work to make them a success will not stop.

“We’re leaving Costa Rica very happy. We have been honored by the President of the NOC Henry Nuñez and the General Secretary Silvia Gonzalez. We had two very productive days, which will help us a lot to face the months that remain for us to start the Pan American Games. I am very happy with the commitment and professionalism of both the Commissions and my entire Executive Committee. We are on an excellent path as an Organization,” concluded President Ilic.

The summary of the Executive Committee in Costa Rica is extremely positive for the leaders of Americas Olympic Movement. The next meeting of the Executive Meeting will be in Lima on July 24, just two days before the Opening Ceremony of the Lima 2019 Pan American Games in Peru.

To view photos from the Executive Committee meeting, click here.