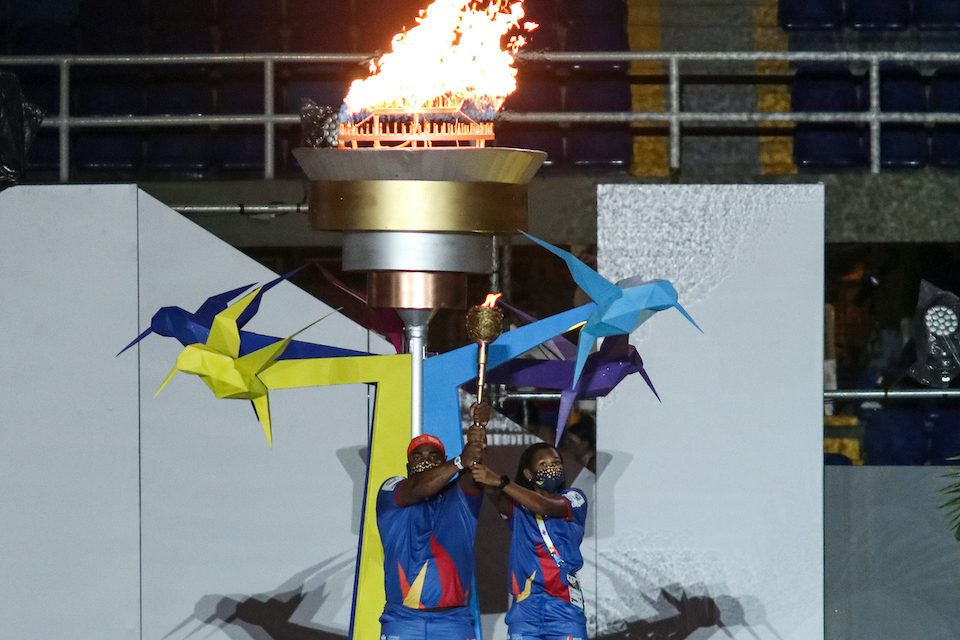 In a colorful and joyful Opening Ceremony at the Pascual Guerrero Olympic Stadium, Cali-Valle 2021 began a new era for sport with the start of the first edition of the Junior Pan American Games.

More than 15,000 people witnessed the show highlighted by the entrance of Colombia’s first Pan Am Games champion at Buenos Aires 1951 and the athlete who lit the cauldron at the Cali 1971 Pan Am Games, Jaime Aparicio.

CALI, COLOMBIA (November 26, 2021) — The world’s most important sporting event for young athletes this year was started with Colombian government authorities such as Sport Minister Guillermo Herrera as well as regional sport leaders and the entire Pan American Family in attendance.

The spectacular show demonstrated the impressive culture and history of Colombia and the Valle del Cauca, complete with traditional dancing and music full of color, life and energy. Cali showed the whole world that it is ready once again to be a great organizer of sporting competitions.

One by one the delegations from the 41 participating countries paraded along the athletics track surrounding the field while receiving ovations from the 15,000 sports fans who filled the entire western stands of the stadium. Of course, the greatest applause was reserved for the Colombian team which caused a raucous celebration both in the stands on the field.

“Today we light the first light of hope after months of uncertainty and begin an era with new Games which have been made for you. You all deserve a better future, and with us here are the athletes representing the great future of sport in the Americas,” said Panam Sports President Neven Ilic in his speech.

“Thank you Cali and thank you Colombia for the tremendous effort you have made to host these Games. We know that in the midst of a pandemic it is not easy, but you have managed it and you have opted to deliver these Games for our athletes who will surely be future Olympic medalists,” added Ilic.

Sports Minister Guillermo Herrera officially declared the inauguration of the Games before perhaps the most emotional part of the night arrived. The Pan Am Games champion and the one who lit the cauldron at the 1971 Cali Games, Jaime Aparicio, entered the Stadium carrying the torch. The Colombian legend then passed the torch to the next generation of young athletes. Colombia’s future star in athletics Valeria Cabezas carried the torch before lighting the cauldron to signal the start of this new tradition for sport in the Americas.

The incredible performance by Fanny Lu followed before a great fireworks show concluded the ceremony. It was an emotional and joyful party as is the tradition in the “Branch of Heaven” and the “Salsa Capital of the World”, kicking off to this great sporting event which will surely mark a before and after for sports not only in Cali or Colombia, but throughout the entire continent.

Those who missed the incredible Opening Ceremony of Cali 2021 can re-watch the show in its entirety on the Panam Sports Channel. 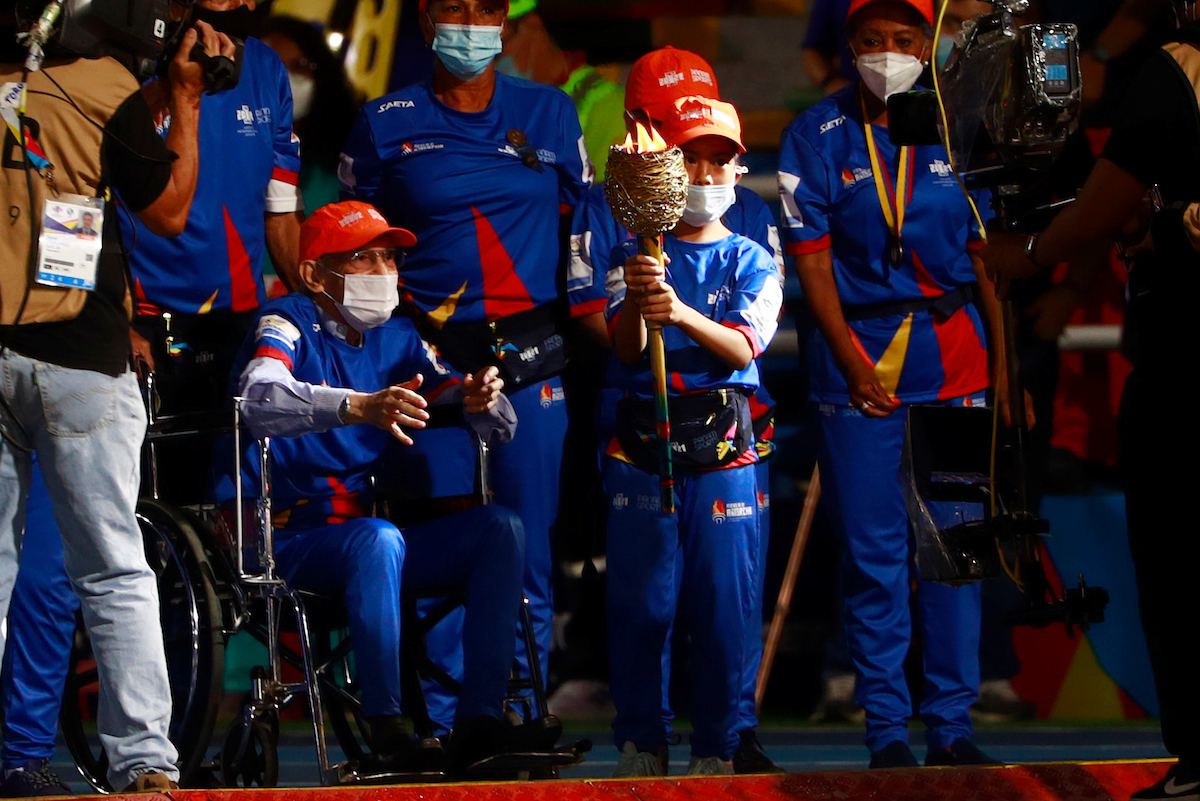 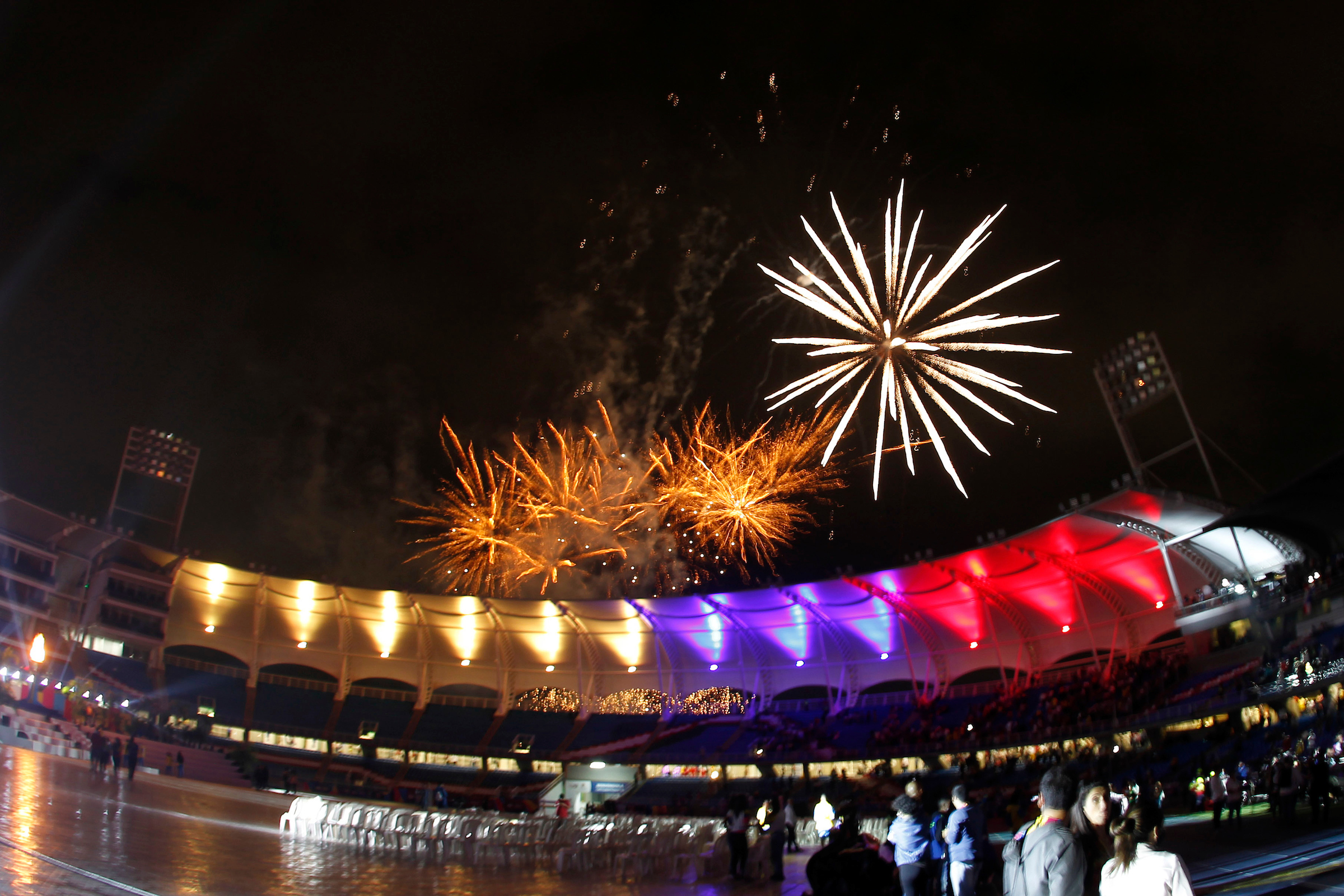 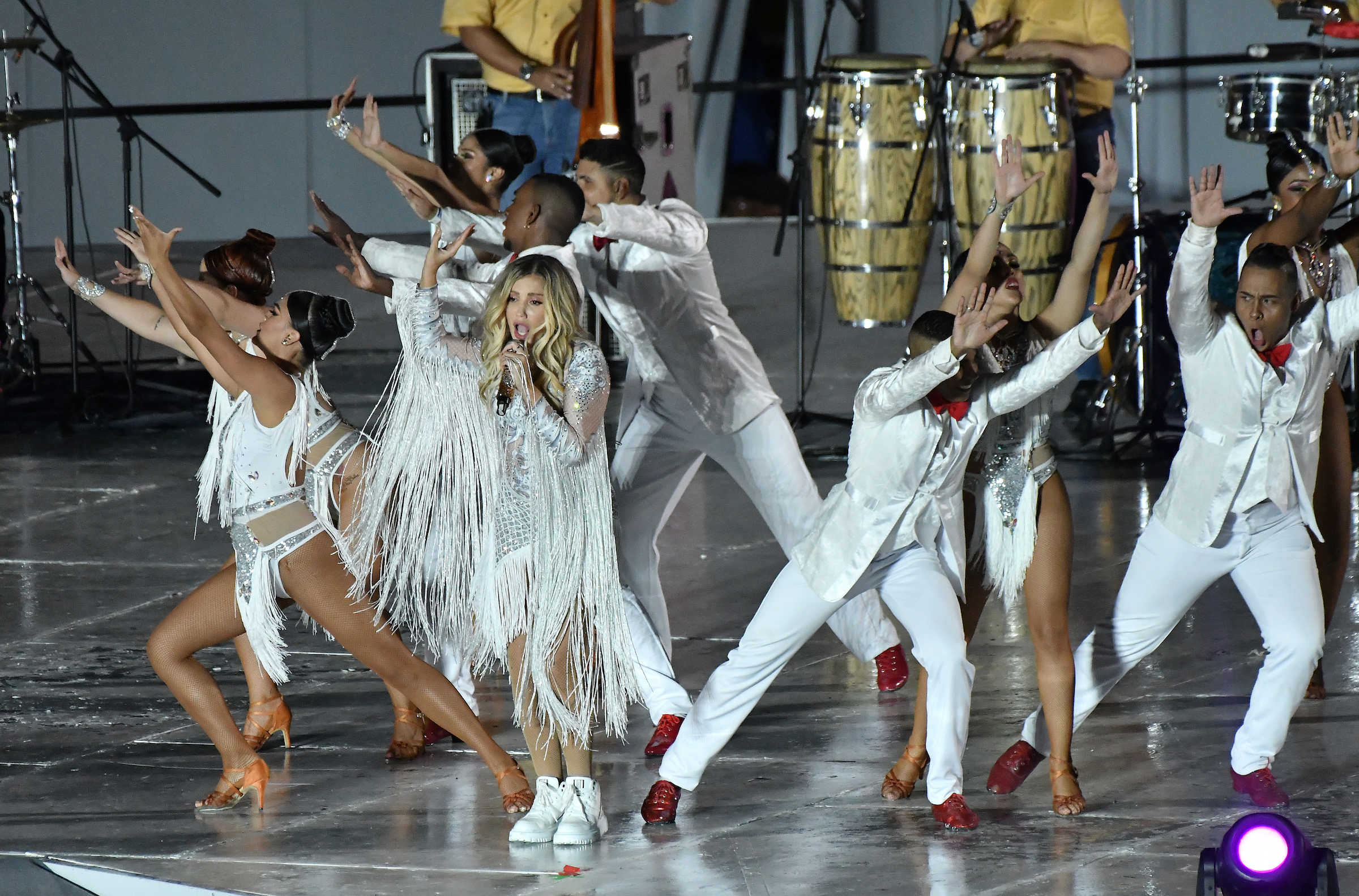 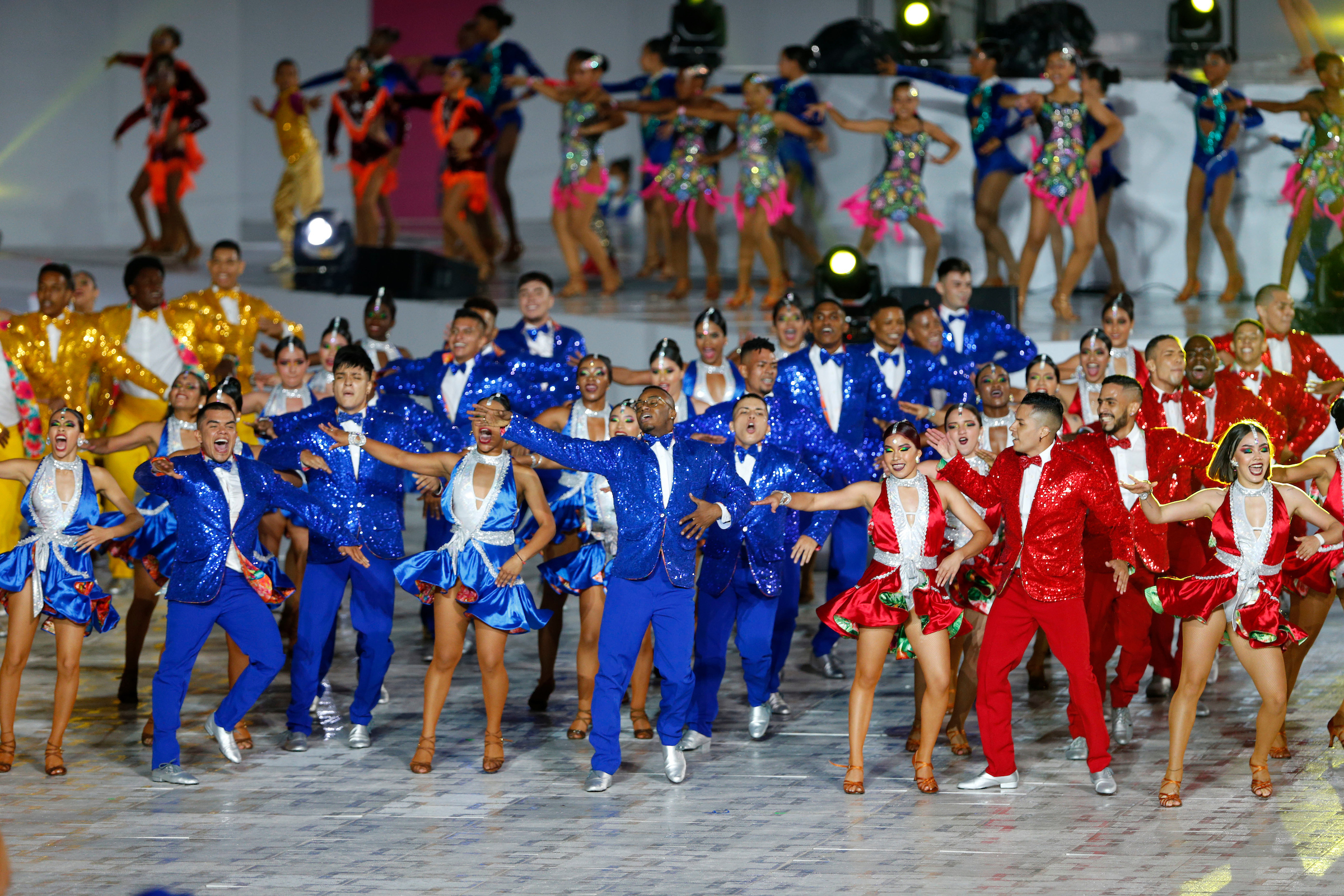 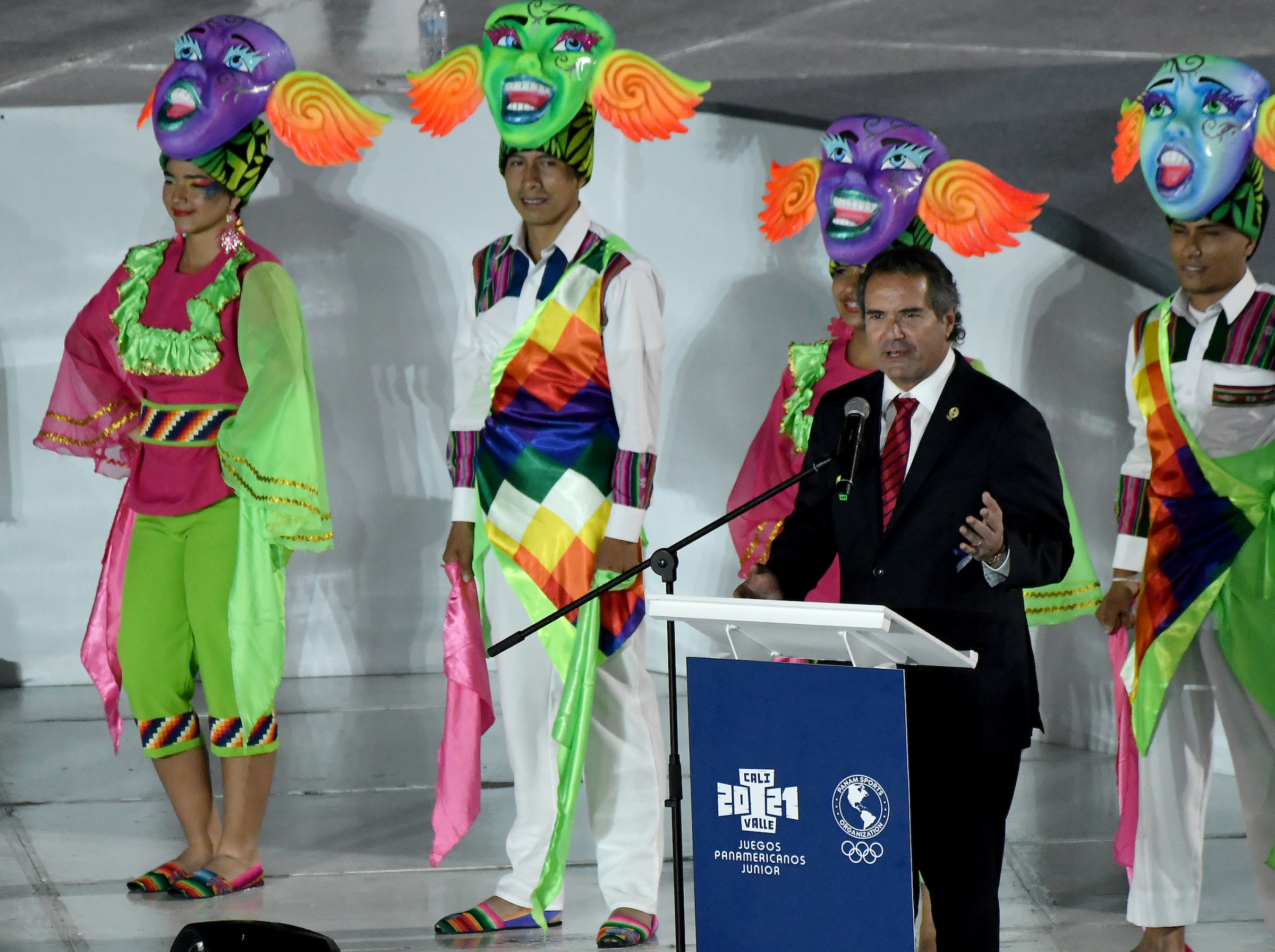