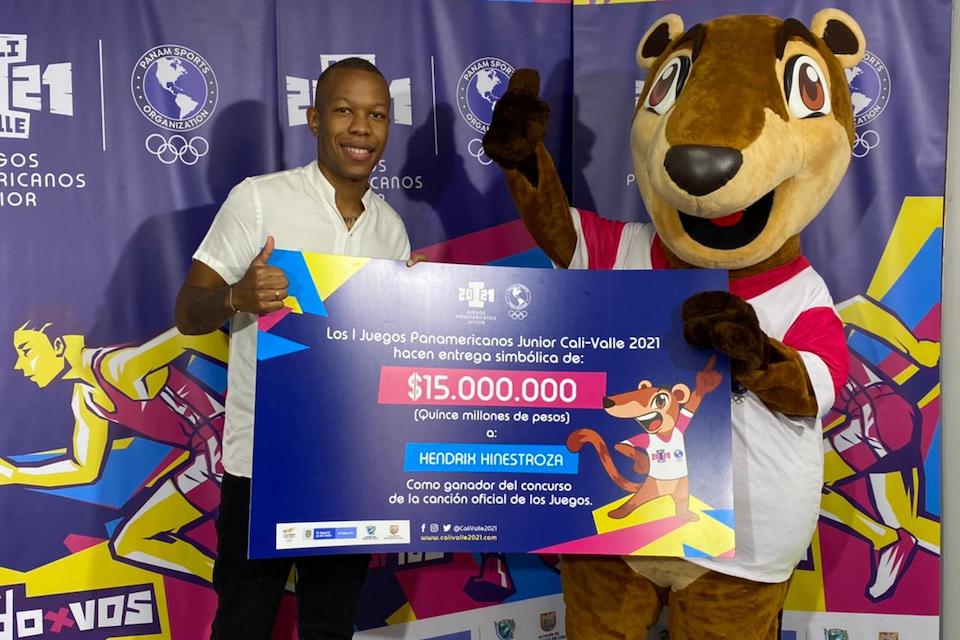 The song called “Por Nosotros” (“For Us”) was chosen as one of the five finalists out of the 25 total proposals received in the contest during a live broadcast on the Panam Sports Channel.

“I want to be a bearer of peace for the youth”, Hendrix Hinestroza said following the announcement.

After the months-long process complete with public proposals and a committee chosen to select the finalists, Cali 2021 has a new rhythm and chorus with the youthful flavor of the Pacific befitting the continent’s largest and most important youth sporting festival.

Proposals for the song contest poured in from all corners of Colombia, with 25 original and creative ideas highlighting the Games, the Valle del Cauca, the Pacific region and the values of sport.

For the selection committee, one of the most important values was the chorus of the song. It had to be catchy, short and memorable while also identifying with the young spirit of the Games.

The committee that gathered in the Jose Fernando Arroyo auditorium in the National Sports School to make the final decision consisted of the following members:

The jury listened, one by one, to the five proposals chosen as finalists:

After listening to the finalists, each judge ranked the songs from one to five according to the criteria defined by the contest. Once the totals were added up, the committee recognized “Por Nosotros” by Hendrix Hinestroza as the winner. The excited artist was overjoyed when he heard the decision.

“I am speechless, I did not expect this, it’s better than my birthday. This is a dream I wanted to fulfill, to be chosen as the voice of the Games. The truth is it’s a great honor for me. I want to thank my grandmother, may she rest in peace, because she longed for this, and also to God. I think the truth is that I only have words of gratitude and many thanks to all of the people who have believed in me and who have listened to my songs. I hope to continue being a bearer of peace and love for the youth,” said Hinestroza.

“I just would like to congratulate you, it has been a great process, congratulations to the jury and above all to the participants. Thank you all for being part of this beautiful party. The song has a tremendous rhythm, I’m sure the young people are going to enjoy it. Thank you t everyone and a big congratulations to the winning artist, you did a great job,” said Panam Sports President, Neven Ilic, during the live stream of the announcement on the Panam Sports Channel.

“The truth is that we are very happy. The response of young talents to this contest was spectacular and for the jury made up of great Colombian artists, it was not easy to make the decision. Finally, we have a deserving winner with an extraordinary voice and a lot rhythm who will undoubtedly make the entire continent dance at the first Junior Pan American Games of Cali-Valle 2021 with his song “Por Nosotros”, this November,” added President Ilic.

“I’m very happy for the great participation. We received 25 proposals, all very important from our land. I’d like to thank the participants, and I congratulate the winner Hendrix Hinestroza for his great work. The jury really liked his proposal and I think we agree that it is the work that stood out in this contest,” said Cali 2021 Executive Director Jose Luis Echeverry, highlighting the quantity and quality of the songs in the contest.

“I noticed that young people investigated our musical roots despite the influence of many modern rhythms. This song has a fusion of current rhythms and the Chirimia Chocoana, that is very innovative. It is very coherent with the Games brand and has a supremely happy rhythm, with a chorus that is very easy to remember. I think it will reach everyone and everyone is going to sing it. As a member of Grupo Niche, I am very pleased to participate in these events that highlight being a citizen of the Valle del Cauca, we are going to enjoy the Games from beginning to end,” said Grupo Niche vocalist Alex Torres.

Following the final selection, the song will be professionally recorded and the official music video will be produced. 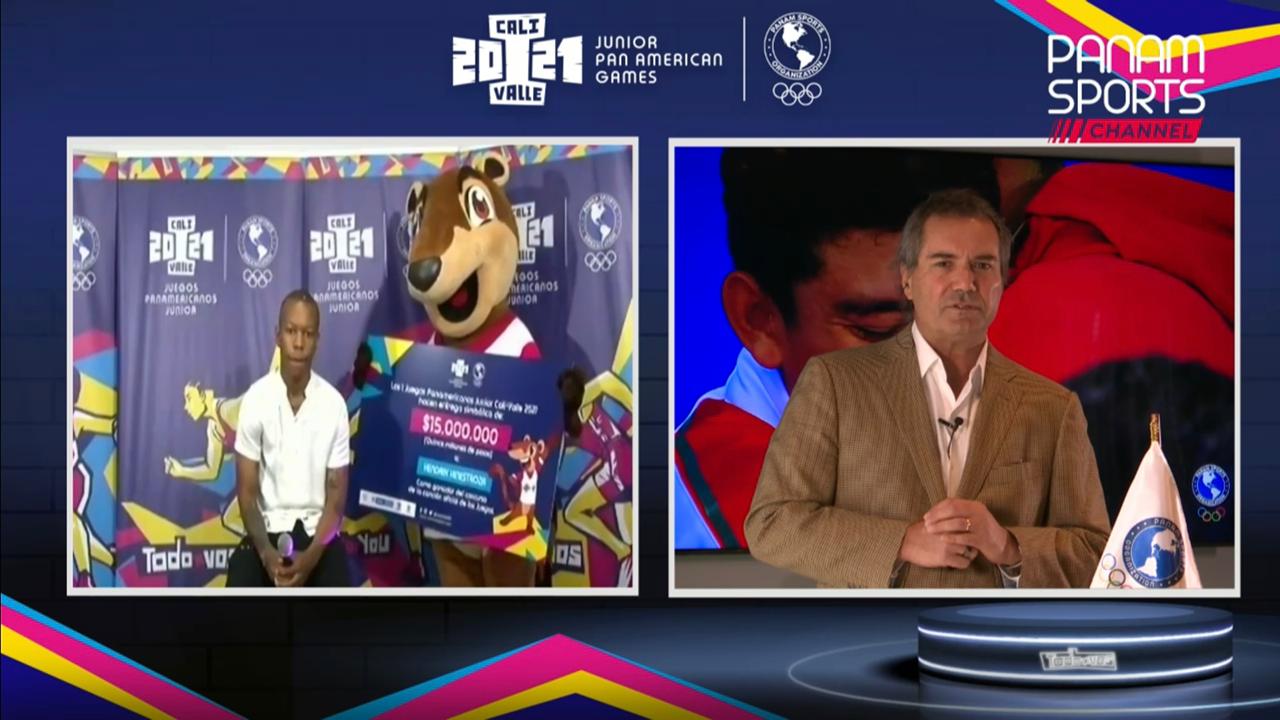