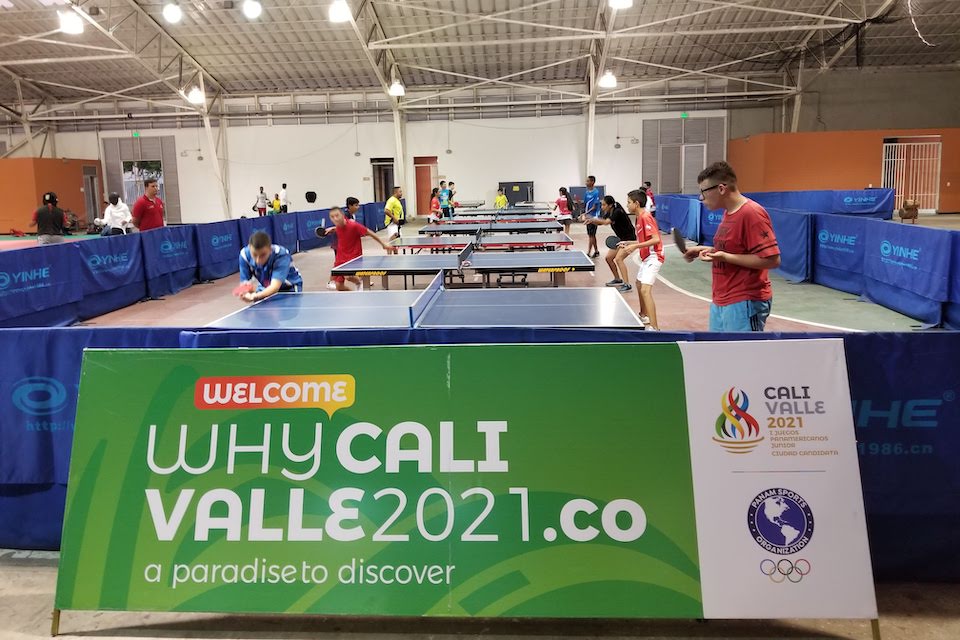 Nearly 50 years ago, the Pan American Games of 1971 put Cali, Colombia on the map and on the radar of sporting events looking for a welcoming Host City for their athletes.

Approximately 3,000 athletes from 32 countries competed at those first Pan Am Games ever held in Colombia in what would only be a taste of what the future had in the store for the city.

Since those historic Cali 1971 Pan Am Games, the city and the Valle del Cauca region have hosted several world-class sporting events and World Championships, including the 2013 World Games, 2005 Pacific Games, the Colombian National Games three times and the World Basketball Championships in 1975 and 1982.

Now, Valle del Cauca and the capital of Cali want to add a new beginning to this rich history of sporting events by hosting the inaugural Junior Pan American Games of 2021 – a year that also celebrates the 50th Anniversary of the Cali 1971 Pan Am Games.

Cali is one of three cities bidding to host these historic Games for the young athletes of the Americas, along with Santa Ana, El Salvador and Monterrey, Mexico.

Panam Sports created these Games after identifying a substantial gap in the opportunities available for young athletes to develop and compete at a world-class level after they become too old for Youth sporting events.

The Junior Pan Am Games aim to eliminate this opportunity gap, providing a high-performance multisport event for the young athletes of all 41 countries in the Panam Sports family. The goal is for the Junior Pan Am Games to also provide direct qualification to the next Pan American Games, ensuring consistent opportunities to further develop as an athlete.

The 10-member Evaluation Commission of Panam Sports visited Cali from Feb. 19-20 to discover what the city and the region had to offer for these historic and ambitious Games.

Click here to view photos from the Evaluation Commission visit.

The Commission was told that “no one is a stranger in Cali”, and the city lived up to that reputation. The warmth of the people was felt upon arrival, and excitement about the possibility of hosting these Games was evident in the amount of signs seen promoting the candidature throughout the city.

The visit began with a cordial welcome by Valle del Cauca Governor Dilian Francisca Toro who thanked Panam Sports for considering Cali as a host of these Games. A detailed presentation of the plans for the Games followed by Colombian Olympic Committee President Baltazar Medina, Vice President Jose Luis Echeverry Azcarate and COLDeportes Director Ernesto Lucena.

The heart of the evaluation came next as the commission toured the numerous venues and sites that could host the sport competitions for Americas’ young athletes. Highlights of the venue tour included the Alcides Nieto Patiño Velodrome and Hernando Botero O’Byrne Pools each built for the Cali 1971 Games and the Pascual Guerrero Olympic Stadium that holds 42,000 people and would host the Opening and Closing Ceremonies of the Junior Pan Am Games.

However, the commission was more impressed by the amount of people, especially youth, who could be seen practicing sport at the various venues and facilities included on the tour. Rain or shine, sport is always on the mind of the people in Cali.

“First of all, it moved me to see so many people practicing sport, I believe that is a point that I have to single out. As the President of the Athlete Commission I’m always looking to see if the athletes will have all that they need in order to have fair competition and that they will be comfortable where they are,” said Carlos Santiago, Member of the Panam Sports Athlete Commission.

“We’ve had a very good visit in Cali and we’ve the seen the great sports infrastructure that the city has to offer, as well as the total support from all levels of government and the Colombian Olympic Committee. We’ve seen a lot of youth practicing sport and this reflects the path that Colombia is taking with a commitment to promoting sports,” said Ivar Sisniega, Secretary General of Panam Sports and Chairman of the Evaluation Commission.

“For the Colombian Olympic Committee, the realization of the Junior Pan American Games is so very important, wherever they are held. We hope very much that it is in Colombia, but this is a competitive space that doesn’t exist for the young athletes after they finish the Youth Olympics cycle, and for this reason, Panam Sports wants to close this gap for our young athletes and help them maintain their training and competitive drive,” said Baltazar Medina, President of the Colombian Olympic Committee.

But it’s not just Colombia’s Olympic leaders who want these Games to come to Cali. Athletes and citizens alike were visibly excited about the opportunity to host these Junior Games in the Valle del Cauca.

“The truth is the entire city is very motivated and we hope strongly to become the hosts, to become great hosts of these Games. This is really a city with a lot of active and sporty people and we have the necessary infrastructure and the athletes who use it,” said Brigette Mendez, multiple-time World Rolling Speed Skating Champion and supporter of the candidature.

It was a very productive and informative two-day visit to Cali, Colombia by the Panam Sports Evaluation Commission. After inspections of the two other Candidate Cities, the Panam Sports Executive Committee will choose the Host City of the inaugural Junior Pan American Games of 2021 during its meeting in Costa Rica from March 27-28.