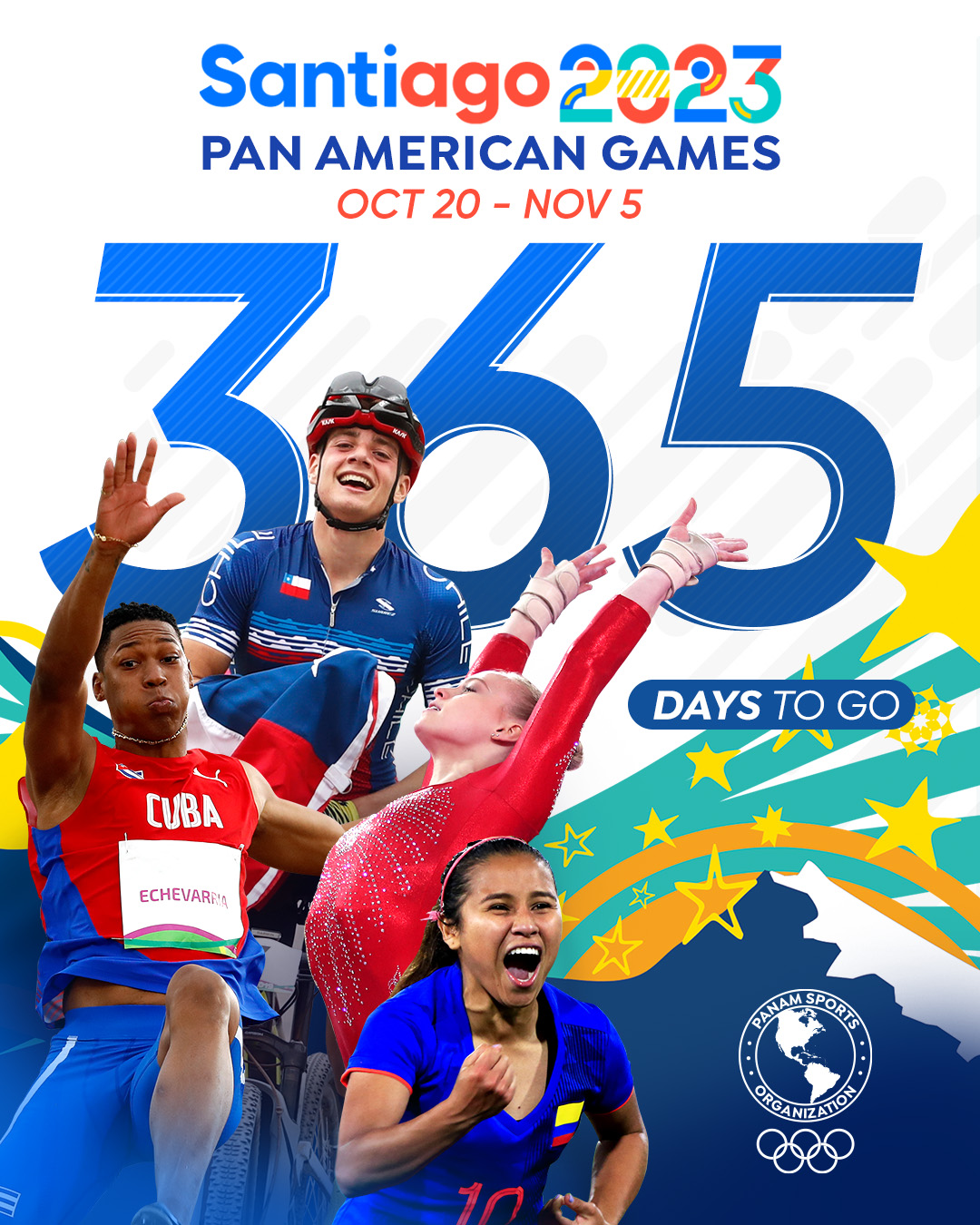 The One Year Countdown to the Santiago 2023 Pan American Games has officially begun as athletes prepare for the continent’s most important multisport event that will be held for the first time on Chilean soil.

SANTIAGO, CHILE (October 20, 2022) — Exactly one year from today, the best athletes of the Americas will reignite the continent’s passion for sport at the Opening Ceremony of the Santiago 2023 Pan American Games.

On October 20, 2023, more than 7,000 athletes representing the 41 countries of the Pan American Family will parade around Chile’s National Stadium to kick-off 17 days of world-class competition. Athletes will not only battle to reach the podium in the Chilean capital, but also to qualify to the Paris 2024 Olympic Games in a record 33 disciplines.

As a first time host of the Pan American Games, Santiago and the regions of Valparaíso, O’Higgins and Biobio are working hard to prepare the infrastructure and venues where the elite competitions will take place.

To celebrate the important milestone, Santiago 2023 unveiled the One Year Countdown Clock with a special ceremony in the plaza of the Palacio de la Moneda in the center of Santiago. Chilean President Gabriel Boric attended along with Sports Minister Alexandra Benado, Santiago 2023 Executive Director Gianna Cunazza and local sport and government leaders, as well as athletes and para athletes from Team Chile.

After speeches by the athletes including Chile’s three-time Pan Am Games medalist Francisca Crovetto, President Boric pledged his support of the Games that are now just one year away.

“We want the Pan American Games to be a celebration for our citizens. We want to involve, not only the world of sports, but also the neighborhoods and the schools and to have more volunteers. Let this be known and be a shock wave that really motivates and inspires Chilean society. I have no doubt that there are many things to improve. We are ready to support the Games to create a tremendous success and a great legacy for sport in our country,” said Chilean President Gabriel Boric.

Panam Sports President Neven Ilic, currently in Seoul, South Korea for the ANOC General Assembly, acknowledges the President for his tremendous support and vows that his home country will be ready to welcome the best athletes of the world for the most important multisport event in his country.

“It seems incredible that we are only one year away from this great festival of sport that is the Pan American Games. Santiago is working very hard to fulfill all of their goals and to deliver the best experience possible for the amazing athletes of our continent. At our previous Games of Lima 2019, we witnessed the power of sport and how it transformed a nation and its people. In Santiago we hope to exceed those high expectations and once again use the Pan American Games to mobilize a country and inspire new generations to carry the torch of excellence into the future,” said Panam Sports President Neven Ilic.

To continue the celebration of this milestone, Santiago 2023 is organizing a community event in the Cerrillos Bicentennial Park on Saturday, October 22 near the site of the Pan American Village where athletes will stay during the Games. The goal is to get citizens and sports fans excited about next year’s event with fun sports, cultural and artistic activities to engage with the community.

Click here to view photos from the countdown ceremony. 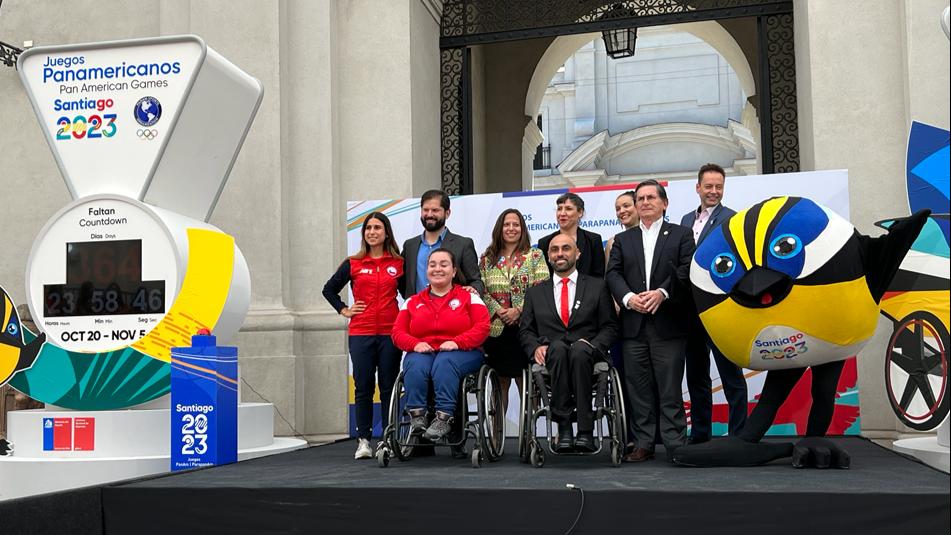