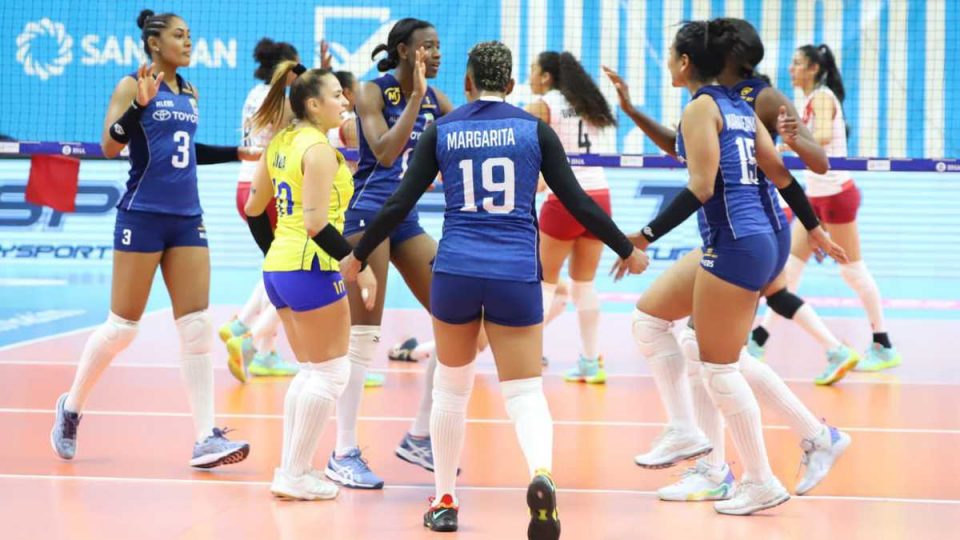 The tricolor squad defeated the red and white team in three sets in the volleyball tournament in San Juan, Argentina to secure their tickets to the Pan American Games to be held next year in the Chilean capital.

Colombia’s women’s volleyball team never ceases to amaze. This year the team has filled their country with joy by becoming a true continental power in the sport. They are back with another impressive performance this week following their outstanding efforts at the 2022 Americas Cup and the U-20 World Cup in Costa Rica where they achieved a historic win over Germany.

In the international tournament currently underway in Argentina, Colombia defeated Peru in three consecutive sets with scores of 25-21, 25-21 and 25-21. The victory gives them direct qualification to the continent’s most important multisport event — the Santiago 2023 Pan American Games.

The team coached by Antonio Rizzola showed great concentration, strong attacks and a great defense that left the Peruvians without a chance in this match.

“As you could see, Peru is a very strong team and they came with everything. We knew that this match was very important for both teams, so we came with all the energy and strength that God gave us and fortunately we were able to finish on top. We were able to stay calm and never gave up on the match. Let’s rest now and think about Argentina. We know that’s also a very strong team but we believe that we can play a good match,” said Colombian player Ana Karina.

“Our team started the three sets playing very badly, making many mistakes, but they showed great strength and made the very important adjustments in the match. We play against the opponent, we don’t worry about refereeing. The game with Argentina is very important and we hope it goes very well for us,” added Coach Antonio Rizzola.

Colombia now prepares to face host nation Argentina in the final of the international tournament later today, August 11. Argentina has also qualified for Santiago 2023 setting up a possible preview of their battle at the Pan Am Games.