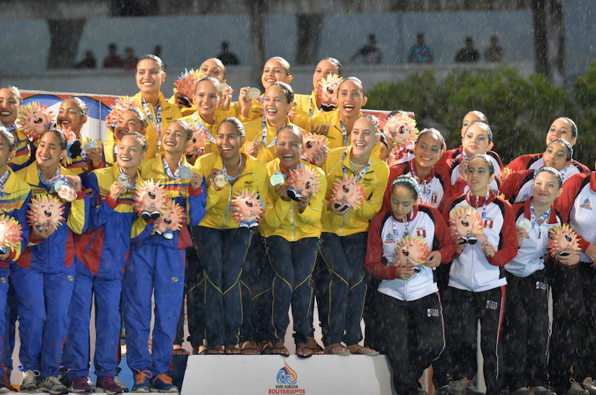 The local team finished in first place with a total of 460 medals. 213 gold, 136 silver, and 111 bronze. An amazing result from a country that keeps excelling in international sporting competitions.

For many, the past Bolivarian Games have been the best in history. For 16 days, Santa Marta housed over 4,000 athletes from 11 different countries for an event in which Colombia dominated the competition and came out on top.

The locals’ main objective was to defend the title they obtained in Lima 4 years ago, but not even the most optimist Colombian could predict the wide margin by which they distanced themselves from their rivals in the medals table; 460 medals that highlight the triumphant moment Colombian sport is currently experiencing.

“This balance is incredibly positive. We prepared ourselves with the intention of winning, but I have to be frank and confess that we didn’t expect to win by such a large margin compared to the other countries, especially Venezuela, our perennial rival, “said the Colombian Olympic Committee President, Baltazar Medina.

The runner up was Venezuela, who won less than half the number of gold medals as Colombia and Chile came in third place with 156 medals.

For President Medina, the success was not only on the playing field. The entire country of Colombia rejoices over the success of this event, which seemed to be in jeopardy some months ago.

“This event faced difficulties due to economic difficulties and we struggled to build the infrastructure on time, but in the end, we were able to pull this off. We made our best efforts to be great hosts to the participating countries. We had full stands in all of the sporting events and I believe all athletes felt very welcomed here in Colombia,” noted Colombian NOC President.

There has been immense success not only in Santa Marta, but also in the competition in the Olympic cycle such as Toronto 2015 and Rio 2016. Medina feels the need to mention that “We have a 15-million-dollar annual budget. With this money we prepare for events, offer incentives, pay the coaching staff, etc., but we also have a great investment at the state level. Decentralization has been Colombia’s best strategy. Working in the provinces and the capital cities is a crucial factor to achieving our results.”