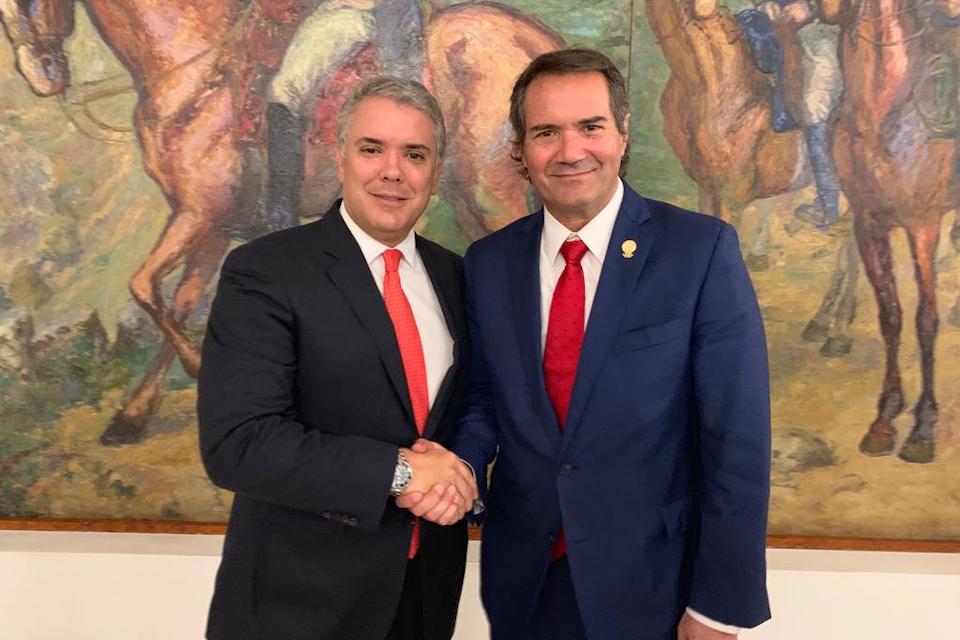 Taking advantage of a visit to Colombia by two of the top sport authorities in the Americas and leaders of Panam Sports, President Neven Ilic and Secretary General Ivar Sisniega, the President of Colombia Iván Duque, extended an invitation to the Nariño Palace to talk about the first Junior Pan American Games of Cali 2021 while also confirming the full support of the National Government for the candidacy of Barranquilla to host the next Pan American Games in 2027.

In a meeting that lasted more than an hour, President Duque said that he not only wants Barranquilla to be the Host City in 2027, but also wants to ensure that the best Pan American Games in history are held there.

“We are very grateful for the invitation from President Ivan Duque. We have been able to talk a lot about sports and we have been assured of the help of the National government to stage the Pan American Junior Games of Cali 2021. He also confirmed that Colombia is very interested in hosting the 2027 Games and that the government confirms its support for the candidacy,” said President of Panam Sports, Neven Ilic.

“It makes us very happy that several countries have shown and confirmed their interest in organizing and hosting the Pan American Games. That speaks very well of the work we are doing, how important and successful the Lima 2019 Games were and that our main product is increasingly attractive to our member countries,” added Panam Sports Secretary General, Ivar Sisniega.