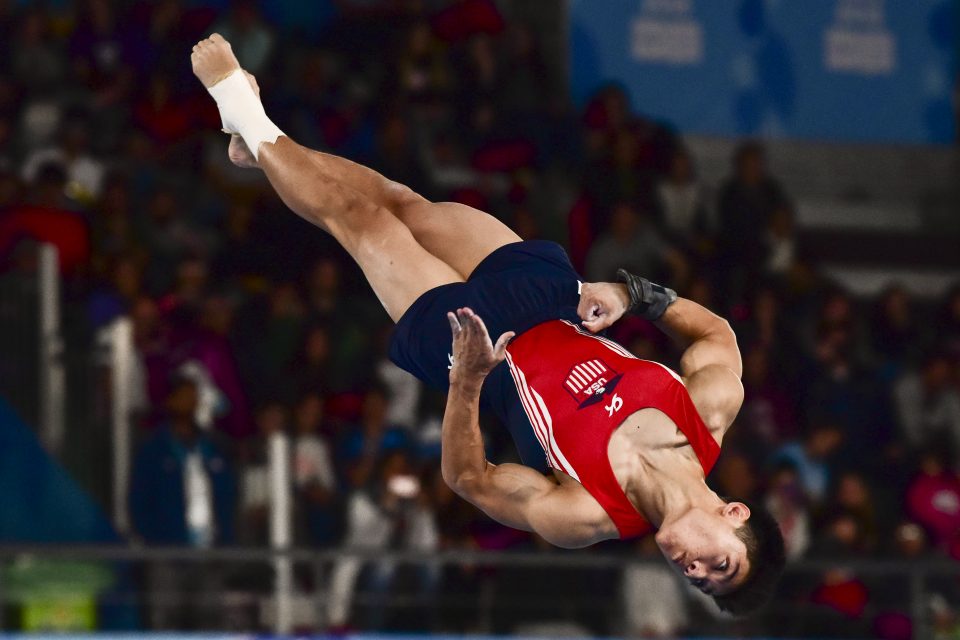 The Panam Sports Evaluation Commission concludes a week-long inspection of Cali, Colombia and Santa Ana, El Salvador, two of the Candidate Cities for the first Junior Pan American Games in history to be held in 2021.

Panam Sports leaders feel confident that the inaugural edition of these Games for athletes ages 18-23 can be quite successful after a thorough review of the proposals.

MEXICO CITY (February 26, 2019) – A week of inspecting plans and proposals for the first edition of the Junior Pan American Games has Panam Sports leaders excited for the possibilities presented by the candidatures of Cali, Colombia and Santa Ana, El Salvador.

Cali and Santa Ana are bidding to host the inaugural edition of the Junior Pan Am Games along with Monterrey, Mexico. Panam Sports created these Games after identifying a substantial gap in the opportunities available for athletes in this age category to develop and compete at a world-class level once they are ineligible for Youth sporting events.

The Junior Pan Am Games aim to eliminate this opportunity gap and increase the likelihood of additional government funding, by providing a high-performance multisport event for the young athletes of all 41 countries in the Panam Sports family. The goal is for the Junior Pan Am Games to also provide direct qualification to the next Pan American Games, ensuring consistent opportunities to further develop as an athlete.

The 10 members of the Panam Sports Evaluation Commission visited Cali and Santa Ana consecutively from February 18 to 22, while an inspection visit to Monterrey is planned in March.

Since hosting the Cali 1971 Pan American Games, the city has burgeoned as a sports hub and is now known as Colombia’s sports capital, having hosted several World Championships and the World Games in 2013. The Junior Pan American Games would be able to utilize the vast sports infrastructure created for these events and continue the rich sporting history of the region.

Read more about the visit to Cali, Colombia.

The Evaluation Commission then traveled to El Salvador for a two-day visit to Santa Ana from February 21 to 22. While Santa Ana is the country’s second most important city outside of the capital San Salvador, it has never hosted a major multisport event.

The El Salvadorian Olympic Committee and the city of Santa Ana hope to change this, with a bid for the Junior Pan Am Games of 2021 led by NOC President Eduardo Palomo. The Santa Ana project focuses on the rich history and culture of the city while placing the majority of venues within the existing school or university campuses that can be found throughout the region.

Read more about the visit to Santa Ana, El Salvador.

“The summary of our visits is very positive. What we found in Cali is a very solid candidature that’s well structured with very complete infrastructure. And what we’ve found in El Salvador is a group that’s very enthusiastic with the support of the city and the support of the Olympic Committee, and a desire to transform Santa Ana through hosting the Junior Pan American Games. We are impressed with both candidatures and still look forward to reviewing the project from Monterrey in more detail, but I can say that that we have chosen competitive cities as the potential hosts of these first Junior Pan American Games in history,” said Ivar Sisniega, Panam Sports Secretary General and Chairman of the Evaluation Commission.

“We have two different circumstances. With the bid in Santa Ana, it’s apparent that the community would love to receive these Games but the facilities are less developed. And in Cali, yes there was also a feeling that the community wanted these Games but it would also be a continuation of their development because we saw a lot of people practicing sport and there’s a very developed culture of sport there,” said Carlos Santiago, Panam Sports Athlete Commission Member.

“What has been unfolding over the past few days has been what I think Panam Sports would want to happen with the Junior Pan Am Games. We don’t create a new product or a new Games and expect it to be business as usual and check the same boxes. I think that it’s tremendously exciting and it’s awesome. Credit to both Cali, Colombia and Santa Ana, El Salvador, and we still have Monterrey left, so I think the President of Panam Sports and the Executive Committee should be very happy with the proposals,” said Brian Lewis, President of the Trinidad and Tobago Olympic Committee.

“I think that Cali is a city that has everything necessary to host the Junior Pan American Games in 2021. First, we have complete sports infrastructure capable of handling the full sports program of these Games. We also have the full commitment of all levels of government to ensure that these Games will have all the resources they need to ensure success,” said Baltazar Medina, President of the Colombian Olympic Committee.

“The Junior Pan American Games were born with the idea to open opportunities and bridge the gap for athletes who didn’t have competitions, but also with the idea that smaller cities like Santa Ana could begin a process of emergence to develop their capacity for sports and their infrastructure,” said Eduardo Palomo, President of the El Salvador Olympic Committee and leader of the Santa Ana 2021 bid.

After thoroughly reviewing all three proposals for the Games, the Panam Sports Executive Committee will choose the Host City of the 2021 Junior Pan American Games at its meeting scheduled for March 27 to 28 in San Jose, Costa Rica.

Below, please find links to Photo Galleries from each of the Evaluation Commission visits: