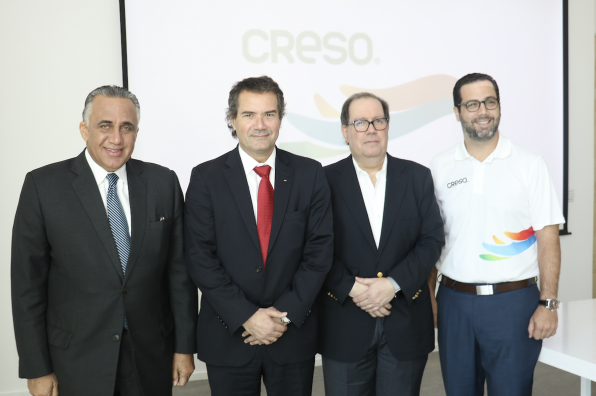 Panam Sports President, Neven Ilic’s, first order of business was to get together with as many NOCs as possible in the effort to help identify their individual needs and, with that information, develop a plan for everyone to work together as efficiently as possible.

Most of the NOCs accepted the invitation to visit the Panam Sports offices in Miami, FL but Dominican NOC President and IOC Member, Luis Mejia, invited Neven Ilic to the Caribbean island instead, in hopes of showing him the reality of the Dominican Republic.

“I am incredibly surprised at the way sport is growing in Dominican Republic. It’s very clear that there is a continuing joint effort and hard work between the Olympic Committee, Felipe Vicini, the government and Minister Diaz”, pointed out Ilic.

“The idea was to show him what we’ve been working on as far as the Olympic Committee goes and I think we achieved that in the short time he was here and we’re very thankful to him for coming”, said Luis Mejia.

It’s mesmerizing to see the Olympic Park with its great surface, different areas, and careful attention to detail it has clearly been given but the establishment the Dominican NOC is most proud of is the Olympic Center of High Performance. A modern structure with enough commodities to host hundreds of athletes from all over the world.

“It’s an impressive structure. With all of its sporting installations, plus this beautiful center, this country is ready to be the sporting development epicenter of the Caribbean and the Americas. I congratulate the great work they’ve been doing, especially my dear friend, President Luis Mejia”, concluded Ilic.

His trip concluded with a very interesting meeting with none other than 400-meter hurdle Olympic Champion, Felix Sanchez, who told us about his experience in the world of sports and his new life as a Sports Director in Dominican Republic.

Felix’s passion, love for sport, and eagerness to help is so great, that President Neven Ilic invited him to be part of the Panam Sports Sporting Development Commission, which Felix accepted graciously.