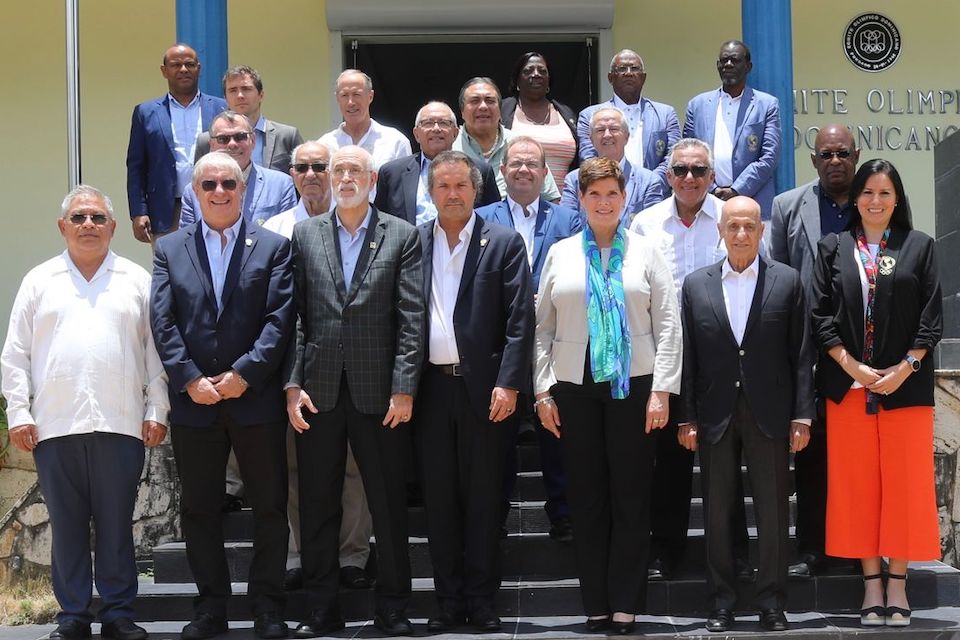 The highest authorities of Panam Sports met in Santo Domingo over the course of two days.

Reports by the President and Secretary General, presentations of Santiago 2023’s progress and projections of the Panam Sports Channel were the main topics of the meeting.

SANTO DOMINGO, DOMINICAN REPUBLIC (May 15, 2022) – The beautiful and historic city of Santo Domingo was chosen to welcome the Panam Sports Executive Committee for its first meeting this year.

At the headquarters of the Dominican Olympic Committee throughout the weekend, the members of the Board of Directors of the Pan American Sports Organization discussed the various issues and challenges that lie ahead in the coming years, highlighted by the Santiago 2023 Pan American Games, 2025 Junior Pan American Games and the Paris 2024 Olympics.

Chile and Santiago 2023 were represented by Sports Minister Alexandra Benado and CEO Gianna Cunazza. They made an official presentation of the progress made in the Chilean capital 523 days before the Pan American Games begin. They presented a video with Chilean President Gabriel Boric assuring his commitment to the Games.

“Count on us and our commitment to these Games which we hope will be a party not only for Chile but for all of the Americas,” said President Boric.

“We are aware that we are on the verge of the most important sporting event for Chile and we came to present the progress and to reassure and assert that we are working hard with the entire Santiago 2023 team. We are advancing in the infrastructure which was at a critical stage when our administration received the project, but we have been able to correct the course and we are advancing strongly so that next year everything goes well,” said Chilean Sports Minister Alexandra Benado.

Panam Sports’ conclusions from the first Executive Committee of the year are extremely positive. The President of the Organization iterated his thoughts in a press conference following the end of the meeting.

“I want to thank the Dominican Olympic Committee and its President Antonio Acosta for having welcomed us into his country and his home. Everything has been fantastic and we have been able to make progress on various issues that are very important for the development of sports in the continent,” said President Neven Ilic.

“I think they are working very well. In many aspects they are advancing in very good conditions. I think they need to pay more attention to the matter of infrastructure. The Pan American Village is very advanced and as for the other venues, there are some that have already been delivered while others are in that process. But I think we still have time to arrive to the Games in great shape,” the Panam Sports President remarked about Santiago 2023’s presentation.

“I’m very happy with the presentation, since the Minister and the Executive Director gave an account of the real situation in which we find ourselves. We are staying calm but also alert and confident that this challenge we have taken on will be faced in the best way. I also publicly thank President Boric for maintaining his commitment to the Games,” said Chilean NOC President Miguel Angel Mujica.

Neven Ilic also reiterated his support and confidence in the continued growth of the Panam Sports Channel.

“As the Executive Committee we are very happy and proud of what we are doing with the Panam Sports Channel. Soon we will be at Guadeloupe 2022, the Pan American Swimming Championship and many other events. We are growing and it is very important for us to continue promoting these sports.”

The next Executive Committee will take place prior to the General Assembly that will be held in Santiago, Chile on August 31 and September 1 of this year. 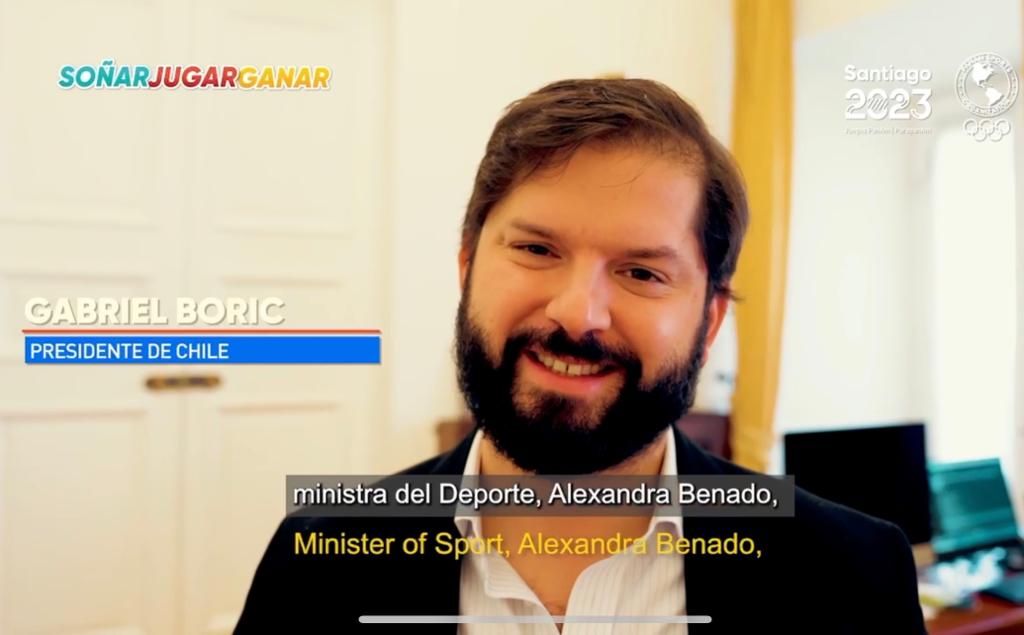 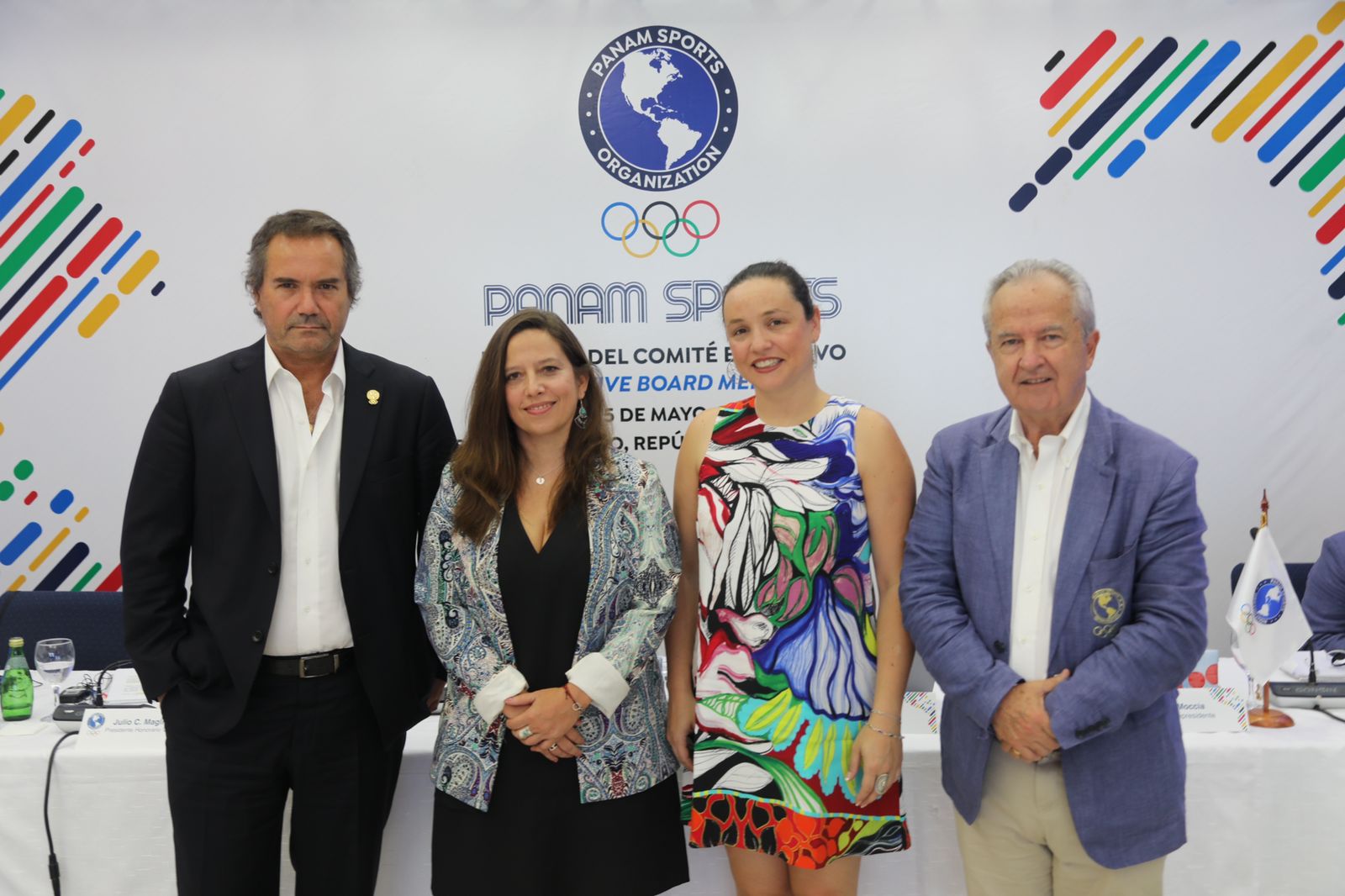