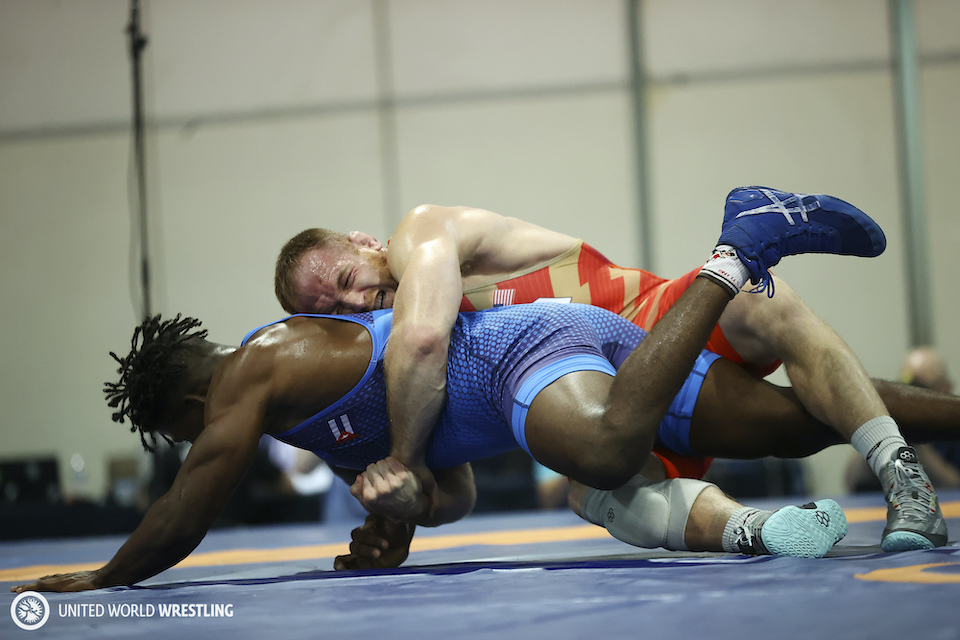 With a roster full of Olympic, World, Pan Am Games and continental champions, Team USA emerged victorious from the 2022 Pan American Wrestling Championships in Acapulco, Mexico.

The dominance of the United States wrestling team continued on the final day of the Pan American Wrestling Championships where the best men’s freestyle wrestlers of the continent went head-to-head on the mat.

The U.S. wrestlers were outstanding, winning 8 out of the 10 available gold medals in men’s freestyle, led by Olympic champions Jordan Burroughs (79kg) and Kyle Snyder (97kg) and World champions Kyle Dake (74kg), Thomas Gilman (57kg) and J’den Cox (92kg). The U.S. had a wrestler in the final of every single weight category of men’s freestyle except the 70kg event as Zain Retherford withdrew from the competition due to injury.

A pair of Canadians kept the U.S. from sweeping the golds in every weight class, with Emmanuel Olapade topping the podium in 70kg and Amarveer Dhesi winning gold in the 125kg heavyweight division. Dhesi edged out Lima 2019 Champion Nicholas Gwiazdowski of the U.S. 5-3 with a challenge ruled in his favor with just 10 seconds remaining in the match.

The top four wrestlers in each category earned qualification for their country at the Santiago 2023 Pan American Games. Many of the U.S. champions will seek to defend their titles earned at Lima 2019, including Kyle Snyder, Pat Smith, Jordan Burroughs, Sarah Hildebrandt and Daton Fix.

Meanwhile, new continental champions like Dom Parrish and Dymond Guilford are looking forward to competing at their first Pan Am Games in the Chilean capital next year.

Viewers around the world witnessed the incredible four days of action live on the Panam Sports Channel.