EXPERT CONNECTION: THE LIMARDO DYNASTY – THE FAMILY THAT FOREVER CHANGED FENCING IN THE AMERICAS 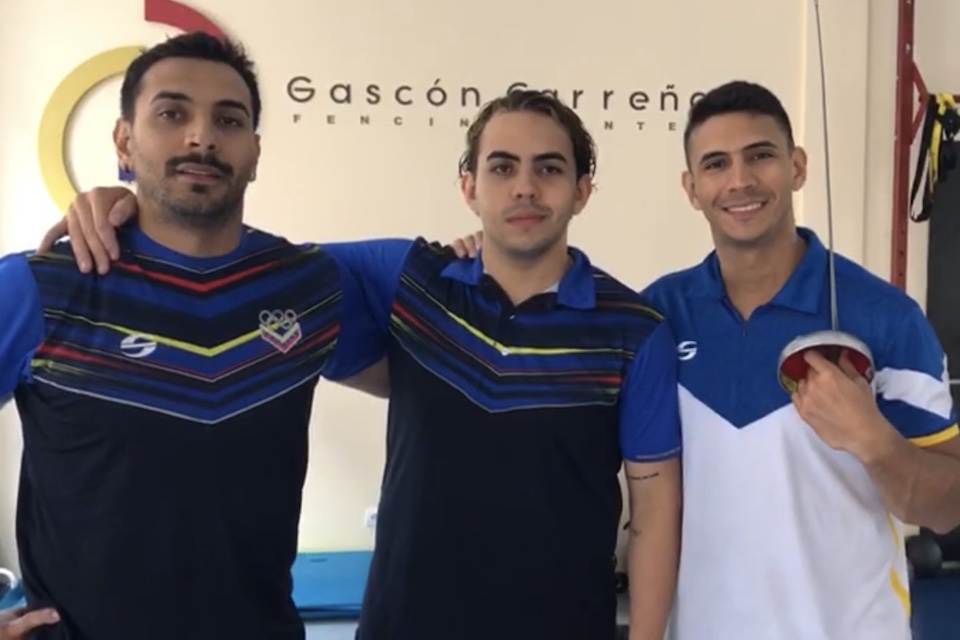 This Thursday, September 17, the next edition of the Expert Connection on the Panam Sports Channel will welcome the three Limardo brothers, Ruben, Francisco and Jesus, live from Poland.

Led by Ruben, the Olympic Champion, three-time Pan American Champion and recent FEI Hall of Fame Inductee, these prominent Venezuelan fencers will tell us about their past, present and future.

Register to join the conversation here.

When talking about fencing in the Americas, the last name Limardo immediately comes to mind. The legacy that this family has left in this sport has reached such a point that they are undoubtedly renowned not only throughout the continent, but also throughout the world.

Ruben is the oldest brother, and at 35-years-old he is the most successful in the family. On top of his sporting success he has also taught his younger brothers the sport that mixes elegance, speed, cunning, reflexes and strategy like very few disciplines in the world.

His greatest feat, of course, was his historic London 2012 gold medal in the Individual Epee which brought joy to all of Venezuela and  led him to the top of his sport throughout the world. But in addition, his extensive and successful sports resume includes two silver medals in World Championships, the last one in the city of Wuxi, China in 2018, as well as four gold medals at the Pan American Games with three in the Individual event.

Already qualified for the Tokyo 2020 Olympic Games, Ruben received further recognition of his outstanding career by being inducted into the International Fencing Federation’s Hall of Fame. He joins current IOC President Thomas Bach and the father of the Olympic Movement Pierre de Coubertin as brothers in this prestigious Hall.

His experience has aided the development and success of his brothers Francisco and Jesus who have followed in his footsteps and view him as a true example to follow.

Francisco is 33-years-old and is an Olympian who represented his country at Beijing 2008 who also has an impressive resume that includes becoming Central American and Caribbean Games Champion at Veracruz 2014 and the Pan American Champion at the continental tournament in San Jose, Costa Rica that same year.

Jesus is the youngest member of this dynasty. At only 24-years-old, his name became better known throughout the continent when at the Lima 2019 Pan American Games he fought hard to reach the final in the Men’s Epee. Unfortunately for him, his brother and mentor, Ruben, the Olympic Champion, was waiting for him to battle for the gold medal.

However, despite losing in the final, Jesus earned the silver medal in the Individual event and was key for Venezuela in securing the bronze medal in the Team Epee event alongside his brother Francisco.

This Thursday, Panam Sports is proud to invite the Limardo brothers to the Expert Connection series to share their history, stories and future goals. The Limardo brothers also invite you to join the conversation in the video below.

Click here to register to join this exciting conversation with the Limardo Fencing Dynasty.