FRANCISCO BARRETTO: “I WANT TO BE AN OLYMPIC MEDALIST” 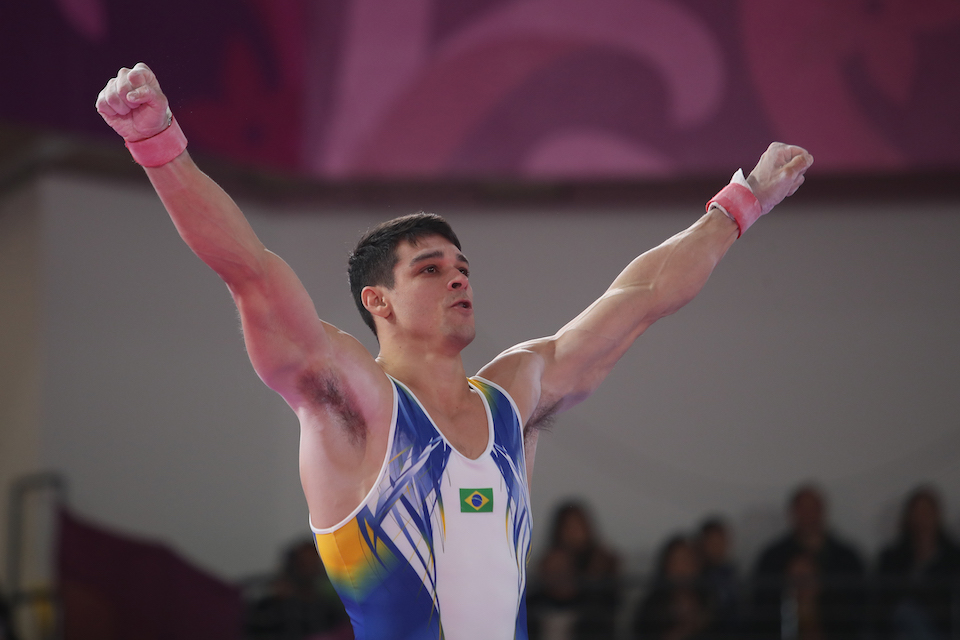 The Best Male Athlete of the Lima 2019 Pan American Games is training very hard to be selected to the Gymnastics team that will represent Brazil in the Tokyo 2020 Olympic Games this July. In an exclusive interview, he tells Panam Sports how difficult it has been to return to training in the gym after five months away and believes that mental strength will be essential to obtain results on the Olympic stage.

Francisco Barretto was voted as the Best Male Athlete at the Panam Sports Awards for his three gold medal performance at the Lima 2019 Pan American Games. In his sport of Artistic Gymnastics, he topped the podium in the Horizontal Bar, Pommel Horse and Team events for Time Brasil. These achievements led to this Brazilian Air Force veteran receiving the highest honor at the first Panam Sports Awards in history held in December 2019 in Fort Lauderdale, USA.

“From Lima 2019 I remember many good things, both as a team and individually. We worked very hard for those Pan American Games and thanks to that, the dividends were paid. We had very good results and without a doubt, it has been one of my best experiences in my career as an athlete,” says Francisco Barretto from Brazil.

However, and believe it or not, this outstanding athlete who filled the South American giant with glory in Lima, is not yet qualified for the Tokyo 2020 Olympic Games.

Brazil has earned a spot in the Team event, but Francisco Barretto must fight for a position in that team with great figures from Time Brasil such as Arthur Zanetti and Arthur Nory, to name a few.

But he remains calm. He has worked hard over the recent months trying to recover everything he lost during the pandemic. Brazil ranks third in the world with the most infected and deceased people from Covid-19. That is why both “Chico” Barretto, as they call him, and the entire Brazilian Gymnastics team, have had to learn how to deal with the uncertainty and confinement caused by Covid.

“The pandemic is not easy, but at least we are managing to train every day, with the adapted protocols, with the number of gymnasts reduced and hours also reduced. We are trying to train harder. Right now we are in a very good training pace. I think we are much better than we were in 2020. We missed five months training in the gym and we only did it from home, so of course that affected us a lot,” says Francisco.

“Losing 5 months of training is a huge sacrifice. Now we are recovering technique and strength. But it has not been easy. It is a very tough situation, the pandemic has killed millions of people in the world, so we have had to respect all the protocols and regulations imposed on us in our country. But physically and psychologically I am doing very well. I am working very hard and very concentrated in order to achieve my goals and objectives. Brazil already has one place in the Team event. There are four gymnasts per country. The team members are not yet defined, but I’m fighting to be on that roster,” he adds.

He knows that the Olympic Games will not be the same as previous editions, but he believes that the key will be in the psychological condition of each athlete.

“I think it will be a very different event from previous Olympic Games. The situation that countries with COVID are experiencing has been absolutely different. All gymnasts have trained from home, some have been able to be in gyms longer and others have not. I believe that Tokyo will be marked by the psychological and physical improvement of the athletes. Every day, every week, we find a new challenge. Sometimes they tell you that you can train and other times you have to stay a whole week at home locked up without being able to go to the gym. Because of everything that happened, I think the psychological part is going to be essential for a good performance at the Olympic Games.”

Although he is not guaranteed to make the team, Francisco Barretto is excited and very motivated to be included on the list of teammates who will travel to Japan. That is why his objectives and goals are more than clear to him.

“I want to represent Brazil in the best way. If I am in the Team event, I would like to participate in my best disciplines: Horizontal Bar, Parallel Bars and the Pommel Horse. Although I am training for all disciplines, my training is more focused on those in which I am stronger,” says the three-time Lima 2019 Champion.

“I want to be an Olympic medalist. It is a dream for me. I want to represent Brazil as much as possible and bring a good result for my country and for all the people. That’s what I’m working for,” concluded the Best Male Athlete of the previous Pan American Games.