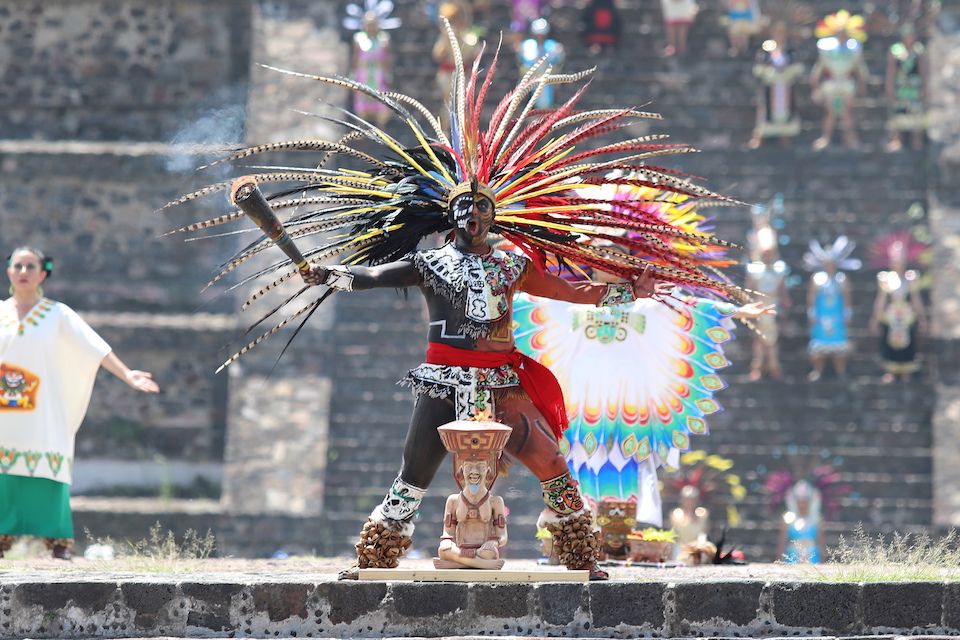 The Pan American Flame is ignited in the Plaza of the Pyramid of the Moon in Teotihuacan, Mexico in a beautiful and traditional ceremony celebrating the ancient Aztec culture.

The Pan American Flame has left the ruins of one ancient civilization for another, flying directly to Cusco, Peru and the birthplace of the Incan empire to begin the Torch Relay of the Lima 2019 Pan American Games.

MEXICO CITY (July 2, 2019) — A continent’s passion for sport burns brightly yet again as the Pan American Flame is set ablaze in the Plaza of the Pyramid of the Moon in Teotihuacan, Mexico.

The traditional ceremony marking the return of the Pan American Games after four long years of waiting is steeped in tradition. From the flag ceremony representing each of the 41 nations that compete in the Games to the traditional ritual performances, the history of the region and the spirit of the Games could truly be felt throughout the ceremony.

Lighting the Pan American Flame from one of the most iconic temples of the ancient Aztec culture not only celebrated the unique history of Mexico, but also marked the beginning of the Flame’s unprecedented voyage from one ancient civilization to another.

The Pan American Games were founded on the principles of diversity, using the power of sport to unite 41 distinct nations and unique cultures. The Lima 2019 Pan American Games fully embrace this foundation, inviting all cultures of the Americas to celebrate together in the continent’s greatest sports festival, beginning with two of the oldest in the region – the Aztec and Inca.

The Pan Am Flame is now flying to Cusco, Peru to officially begin the Lima 2019 Torch Relay. Known as the foundation of the Incan empire, Cusco is the ideal choice to be the very first Peruvian city to ever welcome the Pan Am Flame.

Ancient and modern history will become one when the Lima 2019 Torch Relay arrives to the mesmerizing ruins of Machu Picchu. The ancient wonder of the world will soon have a new chapter in its history as the site where excitement for Peru’s first Pan American Games began to reach a fever pitch.

This excitement will only continue to grow as the Lima 2019 Torch Relay travels throughout the most iconic cities and locations in Peru, from the Nazca Lines to the Plaza de Armas. The Lima 2019 Torch Relay will journey through 26 cities over the course of 22 days before finally arriving to Peru’s National Stadium on July 26. Here, the final torchbearer will light the cauldron to begin the Pan Am Games.

The lighting ceremony in Teotihuacan not only signifies the return of the Pan American Games, but also that the years of planning and preparation by the Host City — as well as by the best athletes of the Americas — are finally over, and it’s time for action.

“We have already entered the final stretch of what has been years of hard work, and with this beautiful ceremony in this magical place of Teotihuacán, here in Mexico, we have launched the incredible journey of the Pan American Flame. Two civilizations that have lasted millennia and a whole continent is now united by sport once more. The Flame is a light that brings hope and demonstrates the passion and the true spirit of Olympism. Peru and all its people are waiting for us with open arms, because as of today, the most important sports festival in the history of the country begins,” said Panam Sports President, Neven Ilic.

“The lighting of this Pan American Flame symbolizes the final stretch of a very important relay for our country. Everything started on October 11, 2013, when Lima was chosen as the Host City of the Pan Am and Parapan Am Games, the most important event in our nation’s entire history. This relay and the Games are already transforming Peru inspired by the Olympic values ​​of Excellence, Friendship and Respect. Lima 2019 has created the perfect setting for the greatest athletes in the Americas,” said Lima 2019 President, Carlos Neuhaus.

Less than a month now remains until the Lima 2019 Pan Am Games finally begin. A month full of excitement, inspiration and anticipation as the Torch Relay lights up Peru. 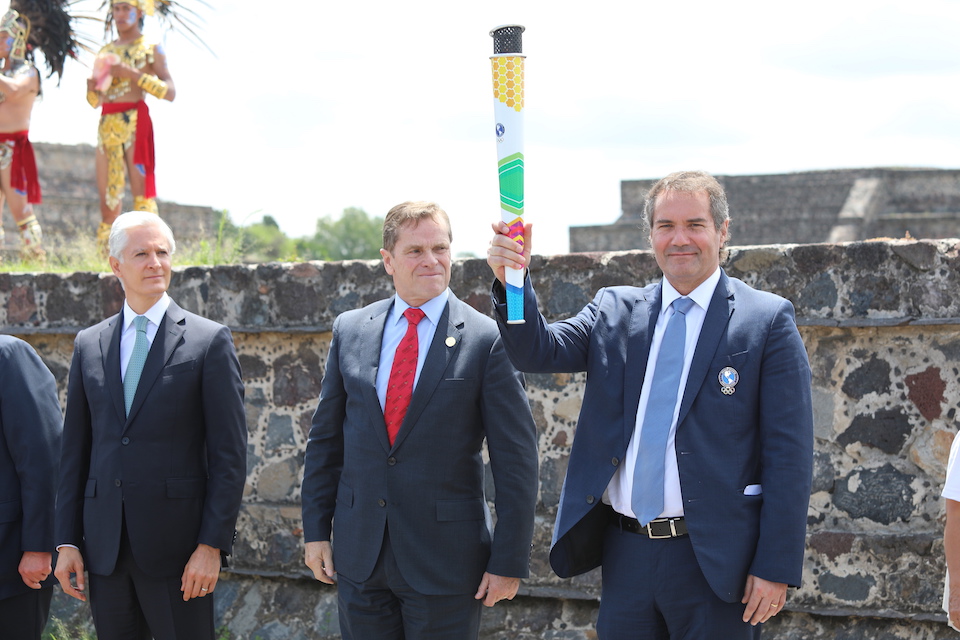