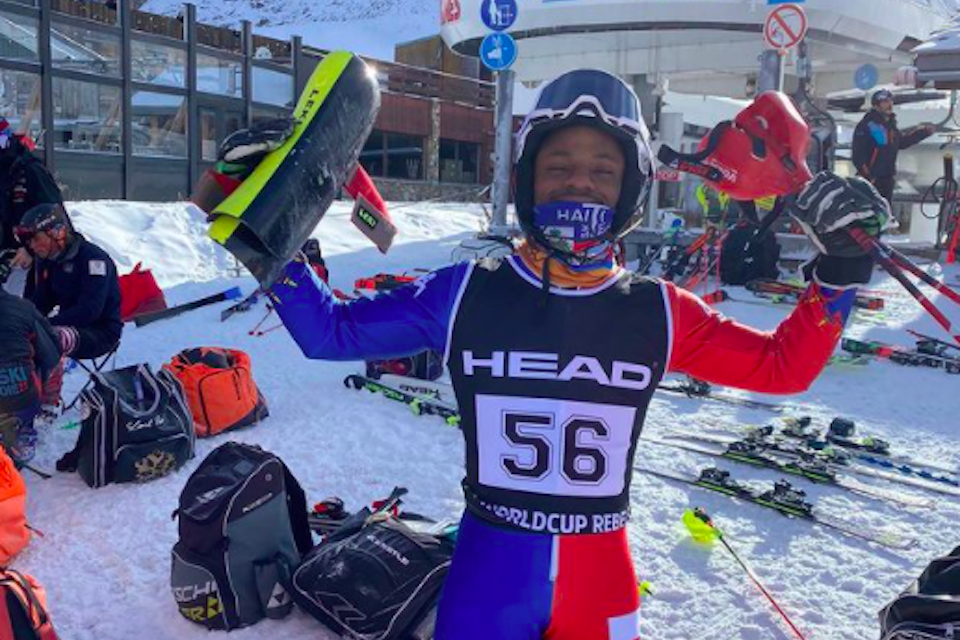 Richardson Viano will be the first athlete to ever compete for Haiti at the Winter Olympics when he takes to the ski slopes at Beijing 2022.

Haiti is finally joining the list of nations that proudly wave their flags at the Winter Olympics as it make its debut at the upcoming Games of Beijing 2022.

The Caribbean country will be represented by alpine skier Richardson Viano in the Giant Slalom event. The 19-year-old Viano qualified for the Olympics during the World Championships in Cortina d’Ampezzo in February 2021 where he placed 35th out of 50 in the event.

Viano was born in the city of Saint Vincent but was adopted by an Italian family who moved to France where Viano lives and trains. Although he was unable to qualify to compete for France in 2018, the Haitian Ski Federation led by President Jean-Pierre Roy approached him about competing for his native country.

“He is not going to Beijing just for the anecdote, but to obtain a good finish and better results at the Winter Olympics than his results in the past while proudly wearing the colors of Haiti, his country of origin,” said Roy.

But Viano will not be alone in Beijing, as teammate Mackenson Florindo also earned a place at the Olympics as a reserve athlete for Viano.

The athletes are expected to arrive in China at the end of the month and participate in the Opening Ceremony on February 4 in the Parade of Nations.

Panam Sports congratulates Haiti and Viano on this history-making moment.