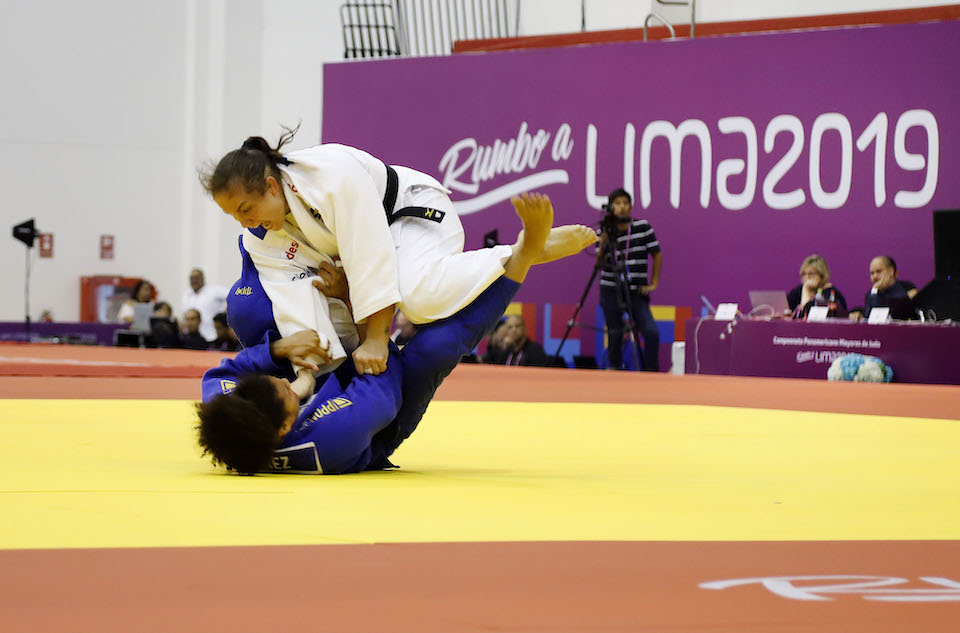 Judokas who competed in the first official Test Event for the Lima 2019 Panam Games say they were impressed with the organization of the Pan American Judo Championships in the VIDENA.

The Sports Center 1 facility in the VIDENA welcomed athletes from 29 countries to compete for gold medals and qualification towards Lima 2019 and the Tokyo 2020 Olympics. The event was held between April 25-28.

The tournament was a major milestone for Peru for several reasons. The championship in Lima was the first time the continental judo championship was held in Peru, it served as the first Test Event for the Games, and Peru finished in third place in the overall team event.

Brazil finished first in the championship, followed by Cuba and then Peru. The typical stars of Pan American Judo also competed at the tournament, including Olympic Champion Paula Pareto of Argentina and Panam Games Champion Lenin Preciado of Ecuador.

“We always feel good in Peru, but we felt even better this time because they worked hard to give us great comforts to compete in the best way. Lima has succeeded in this Test Event,” said Pareto, the gold medalist at Guadalajara 2011.

“The organization of this tournament has been excellent. I’m very sure that Peru will do very well for the Pan American Games. It motivates me to fight again in this great venue to get another gold in Lima,” Preciado said, hopeful to repeat his gold medal from Toronto 2015 at the Games this August.

Judo at the Lima 2019 Panam Games will be held from August 8 to 11 at the same venue in the VIDENA where the Test Event was staged.

But Lima 2019 will have more opportunities to prove itself before nearly 7,000 of the top athletes throughout the continent travel to the Peruvian capital to compete in the Games.

Two more Test Events will be held in May, each taking place from May 24 to May 26. A friendly U-20 Volleyball tournament will be held at the Callao Sports Center in the recently completed venue.

The South American Athletics Championships will then be held at the Athletics Stadium in the VIDENA, one of the most impressive new facilities that will be used for the Games.

After legendary track star Usain Bolt gave his stamp of approval to the venue, some of South Americas’ top athletes are ready to show what they can do in the Lima 2019 Test Event.

Two more Test Events for the sports of Rugby Sevens and Fencing will be held in June to ensure that the Lima 2019 Organizing Committee is prepared to deliver excellent Games this July and August.