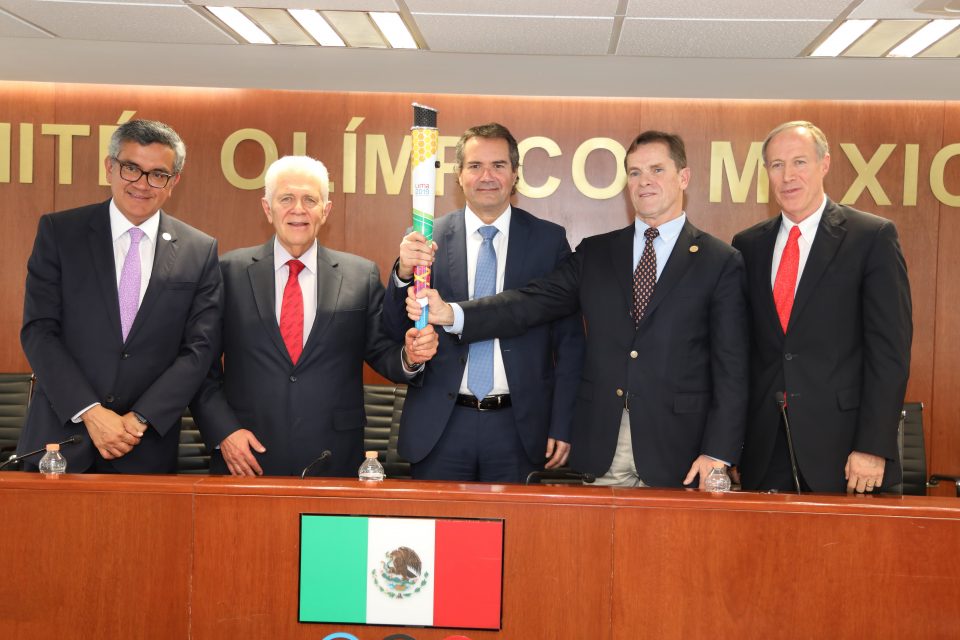 This July 2 is the final straight of the XVIII Pan American Games of history, with the ignition of the Pan-American flame in the sacred and millenary place of the pyramids of Teotihuacán in Mexico, which will be moved to Peru, start a relief that will last 22 days for the main cities, until arriving next July 26 at the National Stadium of Lima.

Prior to this emotional, historical and traditional ceremony that was held at the Mexican Olympic Committee, a press conference was attended by the President of Panam Sports, Neven Ilic, its Secretary General, Ivar Sisniega, the President of the Mexican NOC, Carlos Padilla, the Executive Director of Lima 2019, Carlos Neuhaus; and the ambassador of Peru in Mexico, Julio Garro.

Panam Sports invites you to see the best photographs of this prelude to what will be the ignition of the Pan-American fire this July 2.

Panam Sports invites you to see the best photographs of this prelude to what will be the ignition of the Pan-American fire this July 2.