THE LIMA 2019 OPENING CEREMONY TOLD BY ITS STARS 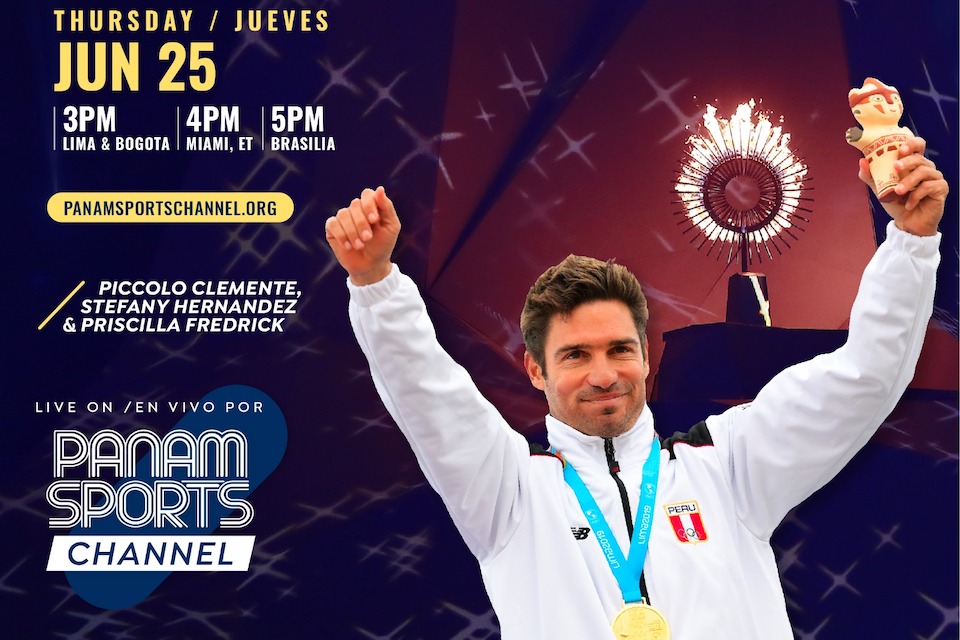 The Panam Sports Channel is proud to welcome three medalists from the Pan Am Games as guest hosts during the live stream of the biggest moments from the Lima 2019 Opening Ceremony.

This Thursday at 4pm (ET), don’t miss the stars of the Lima 2019 Pan Am Games, the Athletes, tell the story of their experience at the continent’s largest sports festival. Join Piccolo Clemente (PER), Priscilla Frederick (ANT) and Stefany Hernandez (VEN) as they share their experiences while watching the Opening Ceremony of the Games, only on the Panam Sports Channel.

The Opening Ceremony of the Lima 2019 Pan American Games was the historic start to historic Games. The most athletes, the most sports and the most Olympic qualifiers were just a few of the record-breaking milestones celebrated at these Games. But the most important achievements were set by the real stars – the Athletes – who brought the continent’s greatest sporting festival to new heights.

Join a few of these stars and Pan Am Games medalists Priscilla Frederick, Piccolo Clemente and Stefany Hernandez as they talk about their experience at Lima 2019 while reliving the Opening Ceremony featuring the Athlete Parade, Lighting of the Pan American Flame and incredible performance by superstar Luis Fonsi.

Priscilla Frederick is an Olympian for Antigua and Barbuda and two-time silver medalist at the Pan Am Games, placing second in the High Jump at both Toronto 2015 and Lima 2019. She is also an active member of the Panam Sports athlete community, having participated in the 2018 Athlete Forum and the Panam Sports Awards in 2019.

Benoit “Piccolo” Clemente is a four-time World Champion surfer in the Longboard discipline for Peru. Piccolo became a local legend during the Lima 2019 Games, winning the gold medal in Longboard in front of roaring hometown fans, including Peruvian President Martin Vizcarra. Piccolo will offer a unique perspective as an athlete representing the Host Nation.

Don’t miss the chance to ask these stars your questions and hear their stories about the biggest multisport event in the Americas, live at 4pm (ET), only on the Panam Sports Channel.