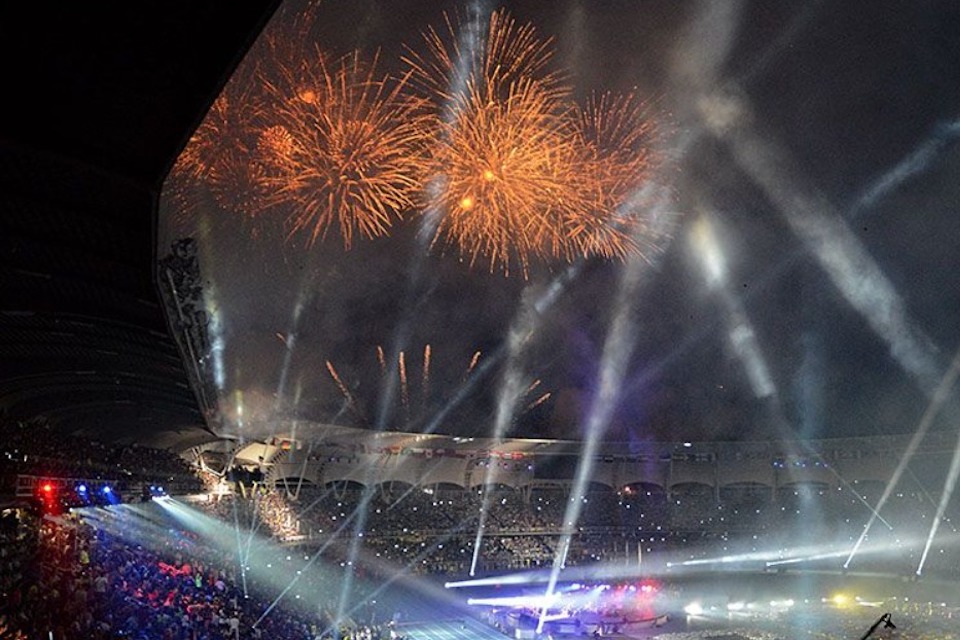 With 38 days to go before the Games begin, the Organizing Committee reveals details about the Opening Ceremony that will be held at the Pascual Guerrero Stadium on November 25. The event will feature a cultural exhibition from Cali, the state of Valle del Cauca and Colombia with an urban vibe highlighting the youth of the continent and outstanding local artists.

A total of 460 dancers will participate in the two-hour ceremony that will be broadcast live on the regional channel Telepacífico throughout Colombia and on the Panam Sports Channel throughout the continent and the world.

CALI, COLOMBIA (October 18, 2021) — With just over a month before the I Cali-Valle 2021 Junior Pan American Games begin, plans for the Opening Ceremony are coming together to ensure a warm welcome for the more than 3,800 athletes from 41 countries who will compete at the Games. With such anticipation leading up to the event, the Organizing Committee is providing a glimpse into the spectacle that will take place on Thursday, November 25.

The ceremony will feature the wealth of diversity of the region, known in Colombia as the “trietnia” representing the history of Afro-Colombians, indigenous peoples and the great power derived from the combination of cultures.

Given that these Games are designed to elevate young athletes and people throughout the continent, their urban and modern style will be felt in the artistic representations of the regional performers.

“Our objective is to show what we are as a culture, so that the great Pan American public knows everything that characterizes us and identifies us to the world whole through those 4 elements that will be masterfully mixed. There will also be a strong salsa and urban component, very city and neighborhood. The presence of local artists is key and for this reason we have given them a prominent place in all the programming,” said Cali 2021 Opening Ceremony Producer, David Lerma.

About 460 young people and adults, as well as 200 children from the salsa schools of Cali, were chosen to star in the various choreographies throughout the show. Audiences will be particularly amazed by the speed and fluidity of their steps, a well-renowned trait of the local dance scene.

Additionally, groups specializing in parades and carnivals will be integrated into the performances showcasing how the Afro, peaceful, indigenous, urban and mestizo heritages come to life. The long days of rehearsal have been careful to full engage and integrate all of the performers to ensure a completely harmonious choreography between the different groups. They will also be accompanied by musicians and orchestras who will be performing their songs live alongside the other performers.

“Hendrix Hinestroza, the composer and singer of ‘Por Nosotros’, the Official Song of the Games, will be the protagonist of the urban segment of the show and will be accompanied by some freestyle athletes, dancers and children. The composition will be interpreted initially in urban pop genre, ending with an extended version of salsa choke, a rhythm and style born in the Colombian Pacific,” added Lerma.

The complete list of participating artists, including the artist who will perform at the Closing Ceremony, will be entirely local, with the names of these artists soon to be revealed. The ceremony will also include the traditional speeches by authorities, the Athlete Parade and the entry and lighting of the Junior Pan American Flame, all coordinated into on unforgettable celebration.

“These Games represent the rebirth of youth. Therefore, this inauguration is the symbol of the passing of the baton from the generation that experienced Cali 1971 to the youth of today so that they can begin to write their own new history.  The story will come full circle after 50 years in the exact same place where Cali became great,” said Cali 2021 Executive Director, Jose Luis Echeverry.

The opening ceremony of the Cali 2021 Junior Pan American Games will take place on Thursday, November 25 at the Pascual Guerrero Olympic Stadium in Cali starting at 7 p.m. (Colombian time) and will last two hours. It will be broadcast live and direct by the regional channel Telepacífico throughout Colombia. The Panam Sports Channel will broadcast the event live throughout the world so that everyone can experience the excitement and spectacle of the ceremony that kicks off the continent’s most important sporting event of the year.

Ticket sales for the Opening Ceremony and the sports competitions will begin soon, with information regarding where to purchase them and the price ranges to be communicated in the coming days. Cali 2021 and Panam Sports invite all Caleños to attend this incredible celebration of sport while complying with all of the security and safety measures required by the Organizing Committee.