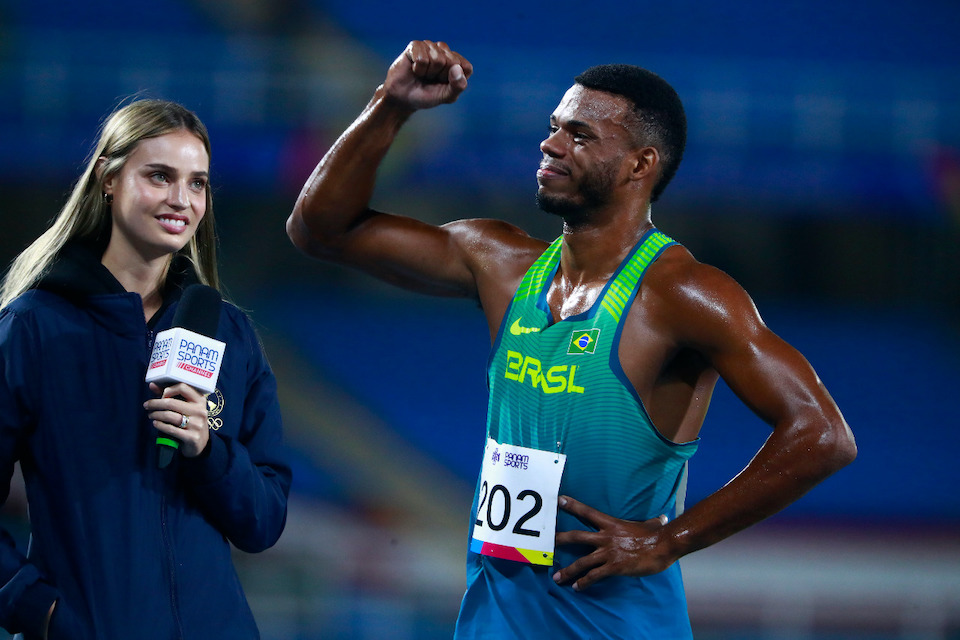 CALI, COLOMBIA (December 17, 2021) — A new chapter in the history of Pan American sport is now etched in golden letters following the remarkable success of the first Junior Pan American Games of Cali-Valle 2021.

This new event for the young athletes of the Americas met its lofty goals, providing a jump start to thousands of promising careers while also attracting millions of viewers throughout the world who witnessed the birth of this new generation of Pan American and Olympic heroes.

More than 1.5 million people watched Cali 2021 live on the Panam Sports Channel, fueled by the more than 130,000 downloads of the channel’s mobile application. Viewership was strongest in the 41 countries of the Pan American Family but the Games were also watched by thousands of people in Europe, Asia, Oceania and Africa, truly making Cali 2021 a global event.

Adding to the strength of the Panam Sports Channel’s digital live stream were the more than 30 prominent international broadcasters that brought the action of Cali 2021 live to audiences throughout the Americas. Regional media giants such as ESPN, Claro Sports, TyC Sports, Chilevisión, BandSports in Brazil, TV Rebelde in Cuba, Telemundo, TNT Sports, Latina TV and many more delivered their renowned and incredible coverage of the Games to millions of sports fans.

Cali 2021 also had a strong impact on social media, particularly on Instagram, YouTube, Facebook and Twitter. Panam Sports generated more than 8 million impressions across its accounts on these social media standouts throughout the course of the Games.

The sporting results speak to the strength of this new qualification path to the Pan American and Olympic Games. At the conclusion of Cali 2021, 220 athletes and 10 teams qualified to the Santiago 2023 Pan American Games where they will have the chance to advance to the Paris 2024 Olympics in more sports and disciplines than ever before.

Four new Junior World Records were set at Cali 2021, led by the sport of Archery with three records followed by a surprising feat by a Chilean sharpshooter in the Basketball 3×3 Shootout event.

Pablo Gomez of Colombia set the new standard in the men’s Compound Bow event with 717 points while also combining with his teammate Valentina Suarez to set the new Mixed Team record of 1,413 points. The United States pair of Trenton Cowles (668) and Casey Kaufhold (648) also combined for a total of 1,316 points for a new record in the Recurve Mixed Team event.

Then on the final day of the Games, Chile’s young basketball phenom Jovanka Ljubetic made history of her own, scoring 17 points in the Shootout competition final. She dominated the competition and matched the World Record set by Steve Sir of Canada in 2019. Ljubetic became the first woman to accomplish the unbelievable feat and did so at just 21 years old compared to Sir’s record-breaking moment at 37 years old.

“To have millions of television and digital viewers, four new world records and more than 220 athletes qualified for Santiago 2023, it fills us with tremendous pride as an organization. When we developed the concept of these Games, our primary goal was to open the door to thousands of young athletes to continue their sporting careers. Not only did we accomplish this mission, but we also demonstrated that the passion and enthusiasm of sports fans across the continent and the globe extends far beyond professional and Olympic sport,” said Panam Sports Neven Ilic, reflecting on the success of Cali 2021.