NEVEN ILIC AND PANAM SPORTS ATHLETE COMMISSION TO ATHLETES OF THE AMERICAS: “WE WILL NOT LEAVE YOU BEHIND” 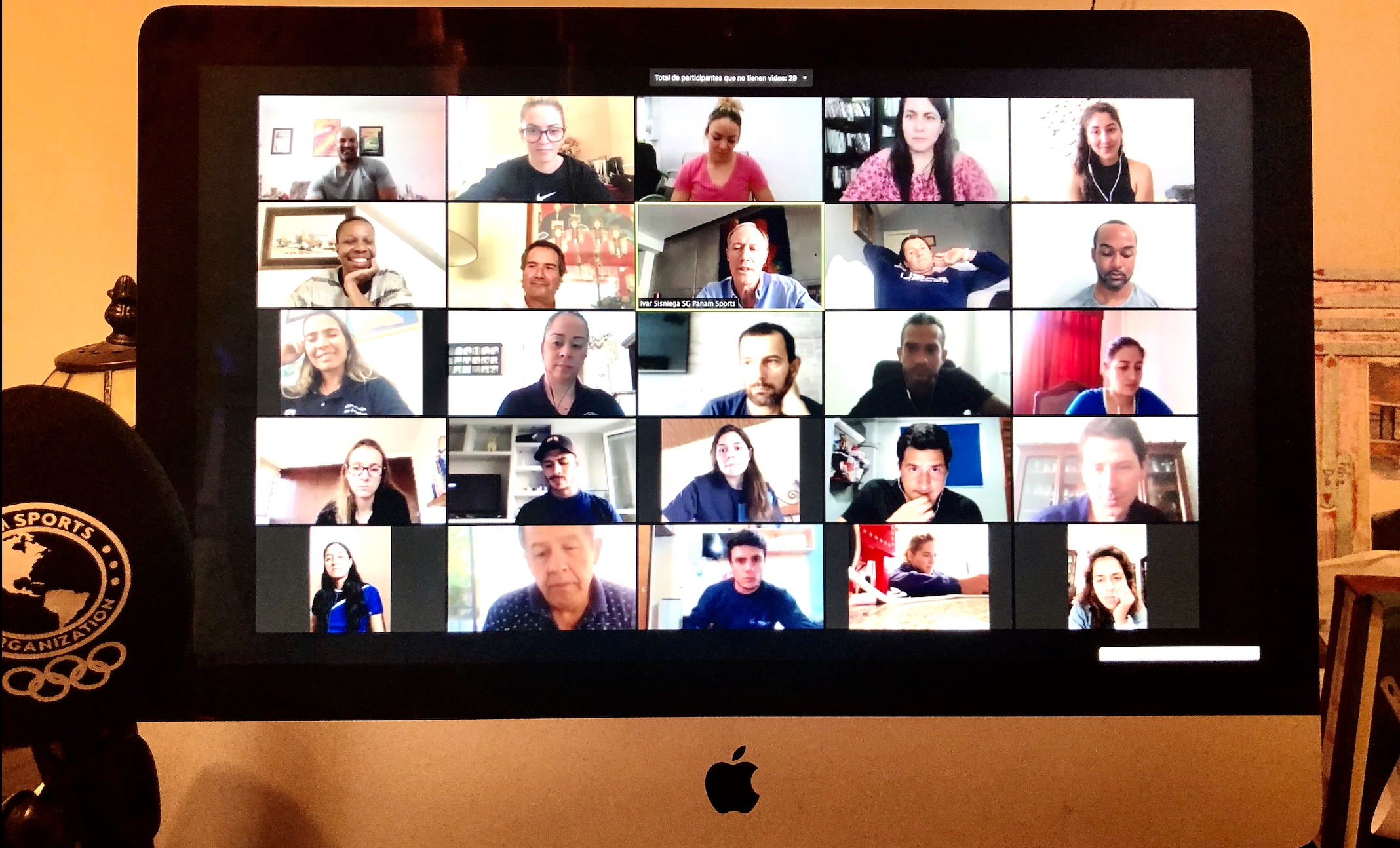 In the first athlete-led video conference in the history of Americas’ Olympic Movement, more than 70 athletes from 32 countries in the Americas and the President of Panam Sports shared an interesting and enjoyable meeting along with the Members of the Athlete Commission.

The postponement of the Olympic Games, support for athletes, the work shared by sport leaders and athletes as well as the next steps for sport were some of the topics discussed in the 90-minute meeting.

SANTIAGO, CHILE (April 8, 2020) — On Monday, Panam Sports began to inform athletes throughout the Americas about the first virtual meeting in history between Panam Sports, the Athlete Commission and the larger athlete community. The response from the athletes in the first “Athletes Connect” video call was overwhelming with more than 70 athletes joining the discussion, the first of many that will be held to continue to unite Americas’ athletes despite the distances currently between them.

Panam Sports President Neven Ilic opened the meeting along with Secretary General Ivar Sisniega and the President of the Athlete Commission Aliann Pompey, thanking all of the athletes for coming together to talk about the biggest issues facing sport following the postponement of the Tokyo 2020 Olympic Games.

The conversation was thoughtful and engaging, with many questions coming from the more than 70 athletes from 32 nations who transformed this meeting into the most massive video call in the history of Panam Sports.

During the 90-minute meeting, Neven Ilic and Aliann Pompey provided an update about the issues facing athletes throughout the region before opening the floor to the questions from the athletes, among them Olympic and World Champions Paula Pareto (ARG), Ruben Limardo (VEN), Walter Perez (ARG), Melissa Humana-Paredes (CAN) and Sarah Pavan (CAN).

“We are experiencing one of the worst health emergencies in world history, and I know that it has been very difficult for everyone to be able to live in quarantine, locked in their homes. But health comes first for everyone, and that is why Panam Sports has completely supported the IOC in regards to the postponement of the Olympic Games,” President Ilic told the athletes.

Faced with questions about whether support for athletes will continue despite the postponement, the leader of Americas’ Olympic Movement was emphatic in saying: “we will not leave the athletes behind. Panam Sports will continue with all support programs for the National Olympic Committees, coaches and athletes. Once this pandemic is over, we will schedule a series of training camps and support the Olympic Committees as well as we can. We want our continent to be very well represented at the Olympic Games and next year we will have a great challenge at the first Junior Pan American Games in Cali, Colombia, which will undoubtedly be an unforgettable sports festival for the Americas.”

Lastly, Ilic invited the athletes to follow all the safety and security protocols to protect themselves and their families against COVID-19.

“Please take care of yourselves, stay at home, take care of your families and your friends. It is everyone’s job to stop this pandemic. Train at home. We will also have a few trainers and psychologists communicating to them through our channels to help them solve their doubts during these difficult moments.”

For the President of the Athlete Commission, Aliann Pompey, this first meeting was a spectacular experience. “We are very happy with this first video call. The response of our athletes has been incredible, and I think we have had an unique opportunity to be able to talk, answer questions and confirm the commitment that our Panam Sports authorities are giving us as athletes. The voice of the athletes is being heard louder than ever and we feel the unconditional support of President Ilic and his entire Executive Committee. We all have to work together for the continued development of sport on our continent,” said Aliann Pompey.

Following the success of the first edition of “Athletes Connect”, Secretary General Ivar Sisniega has already confirmed the organization of a Virtual Seminar through the Panam Sports Channel in the coming weeks, where experts in Psychology, Mental Health and Physical Fitness will be invited with the aim of helping the athletes of the Americas through this difficult time. This initiative will be communicated in a timely manner through Panam Sports’ social networks and website.