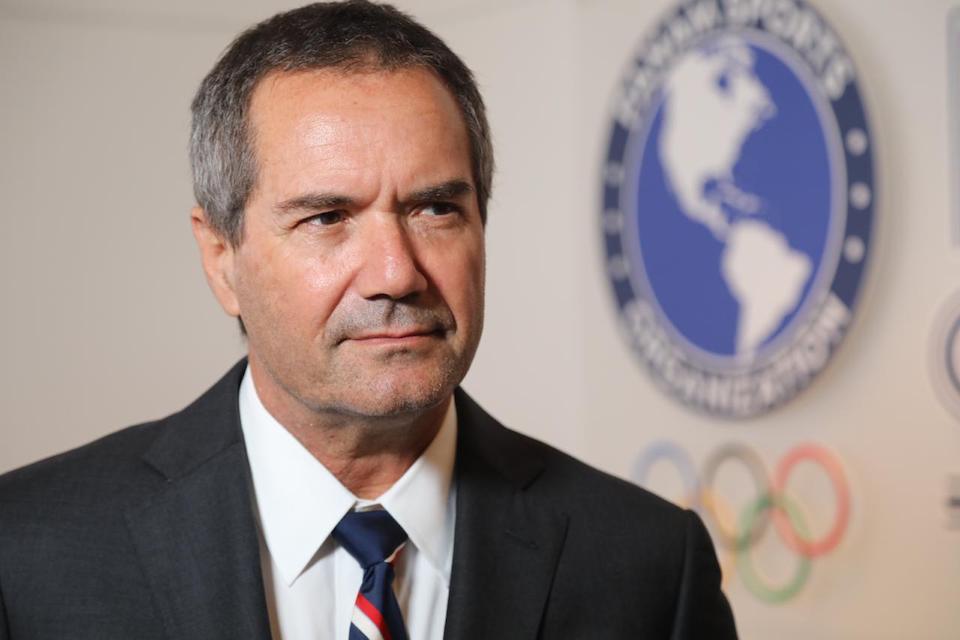 At the LVIII General Assembly of Panam Sports, the Chilean obtained 52 votes from the member countries confirming the tremendous support he has in the continent and the recognition of the great work he is doing while leading the Pan American Sports Organization.

Mario Moccia from Argentina, Jimena Saldaña from Mexico and Keith Joseph from Saint Vincent and the Grenadines were elected as the three Vice Presidents. The new Executive Committee Members are Susanne Lyons from the USA, Miguel Angel Mujica from Chile, Erskine Simmons from Barbados and Juan Santiago Estrada from Nicaragua.

MIAMI, USA (December 16, 2020) —For the first time in history, a General Assembly of the Pan American Sports Organization is being held virtually. The pandemic caused Panam Sports to suspend the meeting scheduled for Cancun and hold the assembly remotely.

The assembly featured reports about this difficult and unprecedented year and the entire quadrennial by Panam Sports President Neven Ilic, Secretary General Ivar Sisniega and the Commissions, as well as progress reports by the Organizing Committees of the Olympic Games of Tokyo 2020, Junior Pan American Games of Cali 2021 and Pan Am Games of Santiago 2023.

However, among the most anticipated moments of this LVIII General Assembly of Panam Sports was the Election of President. Although current President Neven Ilic was the only candidate, he had to receive more than 50% of the voting Assembly to confirm his re-election.

In the end, there were no surprises. Chile’s Neven Ilic received full support by the Panam Sports General Assembly. Of the 41 member countries and of the total of 52 votes (by statute, the countries that have hosted the Games have two votes), the current President was re-elected in a unanimous decision.

“The truth is, I am very happy with the support received by all the Olympic Committees. During these more than three years we have become more united as a continent, we have learned the different needs of our member countries and we have seen important results both in sporting and also in the development of our NOCs which of course motivates us to continue working for our athletes and for the Americas. I want to congratulate all the new members that join the Executive Committee and, in turn, thank those who leave us, because their contribution was very fundamental to the success of this administration,” said Panam Sports President, Neven Ilic.

On the second day of the assembly, the results of the elections of the Members of the Executive Committee and the Vice Presidents, including the new members that are joining the Board, were announced. (View the results below.)

Faced with the challenges of the coming years, President Ilic was emphatic in pointing out that “we are very happy for what has been done and we have received the recognition of many people around the world for the great work we are doing, but there is still much to do. The return to competition after COVID-19, the Tokyo 2020 Olympic Games, our first Cali-Valle 2021 Junior Pan American Games and the Santiago 2023 Pan American Games loom as our great challenges. But in addition, we want to continue with our development as an organization and ensure the future of our member countries, our athletes and the new generations, who are undoubtedly the future of our society.”

The next edition of the General Assembly (LXI) will be held in Santiago, Chile in October 2021.