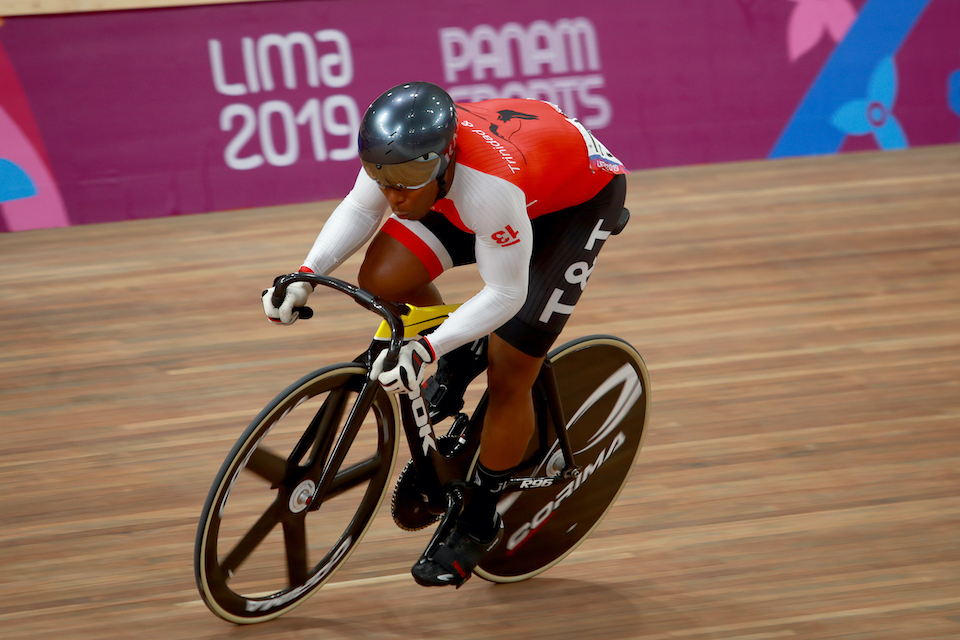 The Track Cyclist from Trinidad and Tobago and World Record holder is eager to compete in his first Olympic Games this July in Tokyo.

Despite the global pandemic, Nicholas Paul has continued training diligently to achieve his ultimate goal of an Olympic gold medal at Tokyo 2020. Although postponing the Olympic Games to July 2021 was a hard challenge for the Pan American Champion and World Record holder, he has seized the opportunity.

“For me, when the pandemic came, it wasn’t a shock or anything that disturbed me,” Paul told Panam Sports in an exclusive interview. “I just took it like I have an extra year to prepare to get better and better prepare myself to go and compete against the best in the world.

“So it was hard and a challenging time, but at the same time I was grateful for that extra time to keep preparing and to get my body set and ready for the Olympics in 2021. I saw the postponement of the Olympics as an advantage.”

With the Tokyo 2020 Olympics moved to July 2021, Nicholas is looking forward to competing in both the Men’s Sprint and Keirin events while also enjoying the full Olympic experience.

“I don’t have many expectations because I’ve never been to the Olympics, but from going to the Commonwealth Games and Pan Am Games, I have a feeling of what it would be like. So I’m just anxious to step my foot into the Athlete Village and to go to Tokyo and get on the track and take in the whole atmosphere. So I’m really awaiting that moment,” Paul said.

Paul is no stranger to competing on the biggest stages in world sport and delivering great performances. At his first Pan American Games at Lima 2019, Paul set the new Games record in the Men’s Sprint on his way to the gold medal, proudly representing Trinidad and Tobago at the top of the podium.

Shortly after Lima 2019, Paul became a World Record holder in the Men’s Flying 200m event during the Pan American Track Cycling Championships. He hopes this achievement will inspire the athletes who follow in his footsteps.

With the Tokyo 2020 Olympics finally on the horizon, Nicholas is seeking to carry over his momentum from 2019 without putting too much pressure on himself.

“I think for every athlete the ultimate goal is to win a gold medal. But I never pressure myself or say that ‘you have to go win the gold’. I just prepare myself to the best of my ability to go out there and rep my country to the best of my ability. So once I go there and perform, I know I can do it. My main goal is to go there and represent my family, Trinidad and Tobago and my supporters.”

After Tokyo 2020, Paul will set his sights on defending his Pan Am Games gold medal at Santiago 2023. But first, he has a message for all of the young athletes in Trinidad and Tobago and throughout the Americas who will be competing in Colombia at the first Junior Pan American Games of Cali 2021 just a month following the conclusion of the Olympics.

“For the young athletes, I would just tell them that nothing is impossible. Once you work hard and put your best foot forward each day, putting that 150 percent in training, just go out and compete and have some nice clean fun. Just enjoy what you do and keep working hard towards it,” Paul concluded.