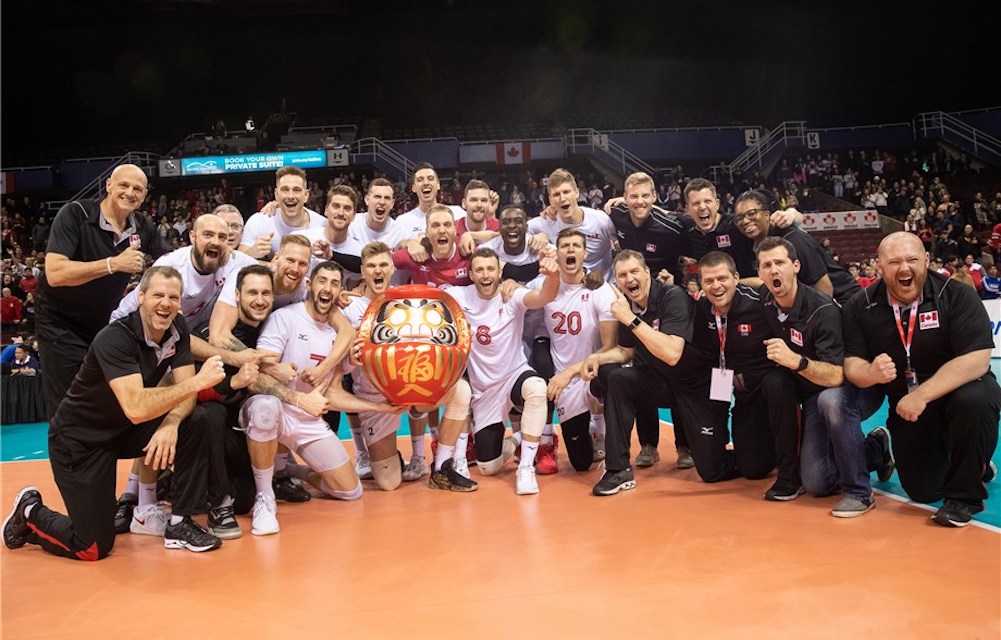 The 24 volleyball teams that will compete for Olympic glory this July are now known as the Continental Qualification Tournaments concluded over the weekend. Five teams on the men’s side and four teams on the women’s side will represent the American continent at Tokyo 2020.

Three thrilling tournaments decided the final teams from the Americas to earn Olympic passage to Japan in the sport of volleyball. Chile, Canada and the Dominican Republic each welcomed four of the top teams from the region for their respective regional tournaments.

In Canada, the host nation did not disappoint, securing a berth to the Tokyo 2020 Olympics by defeating Puerto Rico 3-0 (25-21, 25-15, 25-15) in its final match, giving them enough points in the round robin tournament over contenders Mexico and Cuba. This will be Canada’s second consecutive Olympic appearance and fifth overall.

The action was a little more intense in the future Pan American Games Host City of Santiago, where Chile, Venezuela, Colombia and Peru all fought for the final Olympic quota. In its final match, Venezuela defeated Peru in straight sets (25-19, 25-16, 25-16) to give them a strong points total. However, if Colombia remained undefeated in its final match, Colombia would be the team advancing.

Although the host nation of Chile was already eliminated from Olympic qualification, the team battled throughout the exciting match against Colombia. The intensity was felt throughout the Gran Arena Monticello, as fans witnessed a four-set match and propelled their team to victory, as Chile thwarted the Olympic dreams of the Colombian team with a 3-1 victory (25-22, 22-25, 25-21, 25-19).

The loss by Colombia ensured that Venezuela’s men’s volleyball team will be making just their second Olympic appearance in history.

On the women’s side, with Argentina already claiming the South American tournament crown last week, only one Olympic quota remained in contention for the Americas. The NORCECA tournament held in Santo Domingo, Dominican Republic featured strong teams from Canada, the Dominican Republic, Mexico and Puerto Rico.

In the end, the ‘Queens of the Caribbean’ from the Dominican Republic finished on top, following up with their gold medal performance at the Lima 2019 Pan American Games. They defeated Puerto Rico in their final match in three straight sets (25-20, 25-18, 25-15) to secure the tournament victory and qualification to the Olympic Games.

The women’s volleyball team from Dominican Republic will be making their third Olympic appearance after also competing at Athens 2004 and London 2012.

With the qualification for volleyball at Tokyo 2020 officially closed, the following teams will compete at the Olympics, with five men’s teams and four women’s teams representing the Americas in the tournament: