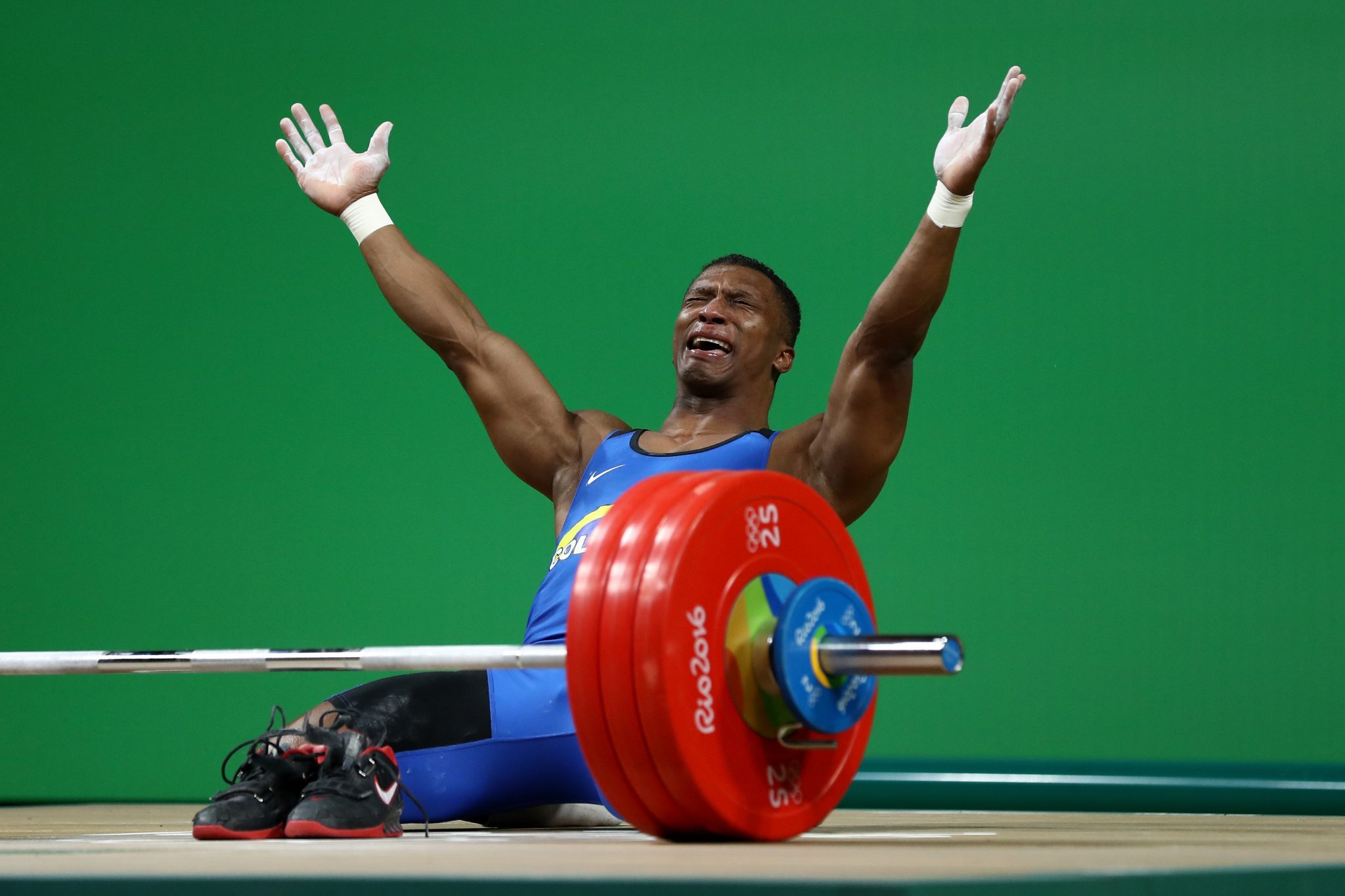 The Colombian weight lifter, who announced his retirement after winning the gold medal, gave the exclusive statement to Panam Sports that next year he plans on competing and will be preparing diligently to reach his third consecutive continental title.

Monday, August 8th, 2016. At the Olympic Games in Rio, an enthusiastic Colombian athlete takes the gold medal in the weight lifting competition on the 62kgs category.

Once done with his set, his eyes filled with tears, he took off his shoes, placed them under the bar, kneeled and looked up to the sky. He had reached the top of a successful career in sports.

After two decades of fighting incessantly, he finally attained the gold medal at an Olympic level.

“It’s been 22 years since I started this sport. It’s time to retire. This is why I took off my shoes”, said Figueroa at his interview.

Over a year has passed since that moment which, without a doubt, touched not only Colombia, but also the entire world. Today, the top weight lifter in the world is calm, enjoying every moment with his wife and daughters and dedicated to his business but never leaving aside sport activities.

“Sometimes I feel like training. I take my bag and hit the gym to work out”, says Figueroa.

At 38 years, this Colombian has reached a level any athlete would only dream of in their entire career. He is the Bolivian, South American, Pan American, World and Olympic Champion.

Even though all of these titles are important to him, the ones attained in Guadalajara and Toronto hold a special place in his heart. They were, without a doubt, the great motivation to reach the Olympic dream; first on 2012 with a new record, and then in 2016 with the gold medal.

“These two Pan American medals have each been special in their own way. They catapulted me into a much higher achievement. In Guadalajara 2011, it brought me to obtain the silver medal and the first Olympic record for my country and in Toronto 2015 it brought me to become a gold medalist at the Rio Olympics in 2016”, points out the Olympic record holder of 177 kilos in the 62 kilo category.

What do the Pan American Games mean to you?
“It’s a good old party of American sports, of the entire continent, where we unite all of America and it’s extremely gratifying to conquer these kind of achievements and to create the history of sports. Winning is the king of America. It means you are number one in your continent, an example for society. It’s an emotion that, honestly, I cant even describe”

How was winning your first medal in Guadalajara?
“Guadalajara 2011 was amazingly satisfying, being able to finally make it to the Pan American Games. I arrived with many positive expectations and we bet on that title and thank God things happened as they did. Everything was beautiful because I had the confidence to keep working and make it to London 2012”.

And Toronto was not that easy…
“The Toronto 2015 Games were very agitated. I arrived there with a severe spinal problem which had been bothering me for a while, and there was also Francisco Mosquera, the other Colombian weight lifter, who was right on my heels. So, this was extremely emotional for me. Being able to pull that strength from within me, that drive, and getting that title. Thank God it happened. The gold medal in Toronto has been one of the best experiences of my life. Having two Pan American medals is an honor very few get to have. It’s satisfying to know you get to contribute this kind of positivity to the continent.”

How do you feel about Lima 2019?
“We hope Lima 2019 surprises us. I think it’s going to be a party to remember. We’ll get to see medalists, Olympic and World champions such as myself.”

So, you’re saying you will participate in Lima 2019? We thought you retired…
“Yes, we’re going to Lima for the third consecutive title. I’m resting this year, after 4 great Olympic years. We’ve made lots of efforts and now I’m letting my body rest. I plan on going to Lima 2019 for the Pan American Games so, see you there.”

Lastly, Oscar, what do you feel you are missing as an athlete?
“Luckily, I’m not missing anything. I’ve obtained Bolivian, South American, Centro American, Pan American, World and Olympic titles with a historic record for my country, which I did on 2012; which is still the record because I was not able to defeat it on 2016. It’s the first and only Olympic record in the history of Colombia.”