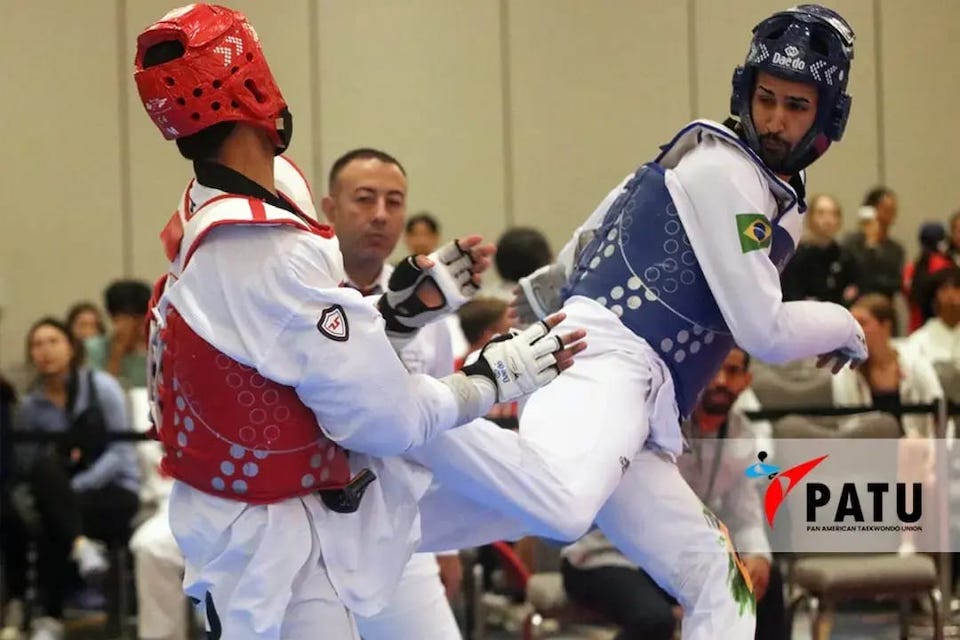 The best taekwondo athletes of the Americas came to compete in Jacksonville, Florida as they continue their qualification path to the Santiago 2023 Pan American Games and Paris 2024 Olympics.

Mexico’s Daniela Souza, Brazil’s Edival Pontes and Jonathan Healy of the U.S. were just a few of the sport’s regional stars to earn a gold medal for their country at the WT President’s Cup Pan American Region 2022.

The competition held from August 17-21 marked the return of the event for the first time since 2019. At the end of five days of competition, Mexico was crowned overall champion with four gold, two silver and three bronze medals.

Already a regional and Pan American Games champion, Daniela Souza from Mexico was named MVP of the women’s division for her dominant performance in the -49kg weight class. She was joined on the top of the podium by teammates Fabiola Villegas (-53kg), Leslie Soltero (-62kg) and Carlos Navarro (-63kg).

Two countries earned three golds each, with Canada and the United States demonstrating their strength. Canada claimed two golds in the women’s events led by Lima 2019 silver medalist Skylar Park in -57kg and Ashley Kraayevelt in -62kg. Nicholas Hoefling secured Canada’s only gold on the men’s side in the -54kg division.

The United States had the most golds in the men’s division, topping their rivals from Brazil who finished with two golds. Lima 2019 champion Jonathan Healy won the +87kg division followed by Carl Nicholas in the -80kg event and Lima 2019 bronze medalist David Kim in the -58kg weight class.

Brazil was led by Pan American Games champion Edival Pontes who earned the gold in the -74kg event and was also given the men’s MVP honors. His teammate Icaro Martins won gold in the -87kg weight class to follow up on his silver medal from the Pan Am Games in 2019.

Haiti and Costa Rica were the only two other countries to win golds at the tournament, with Laura Sancho claiming Costa Rica’s gold in the -46kg division and Aliyah Shipman of Haiti doing the same in the -73kg weight class.