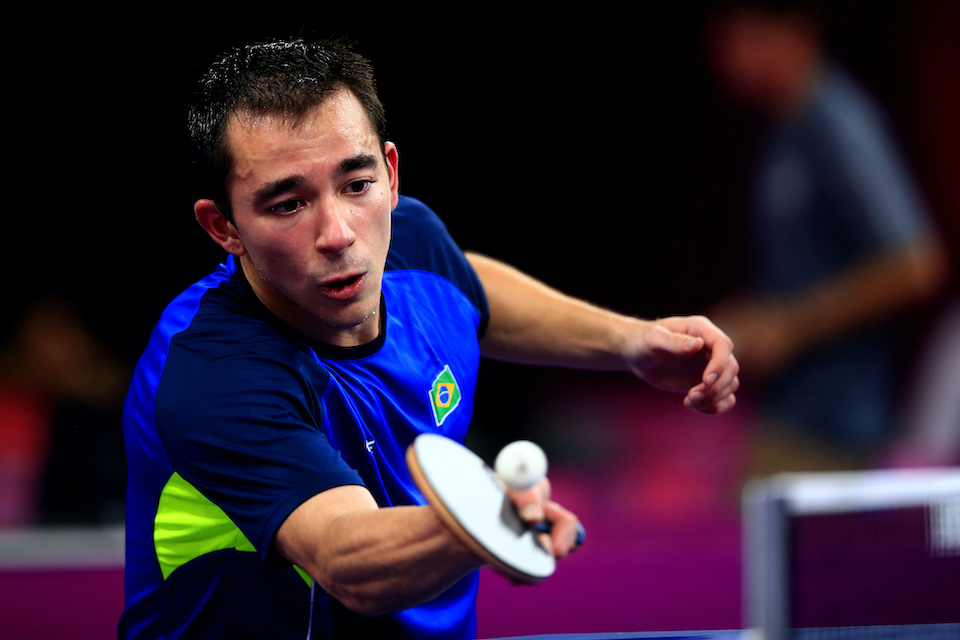 This year’s continental table tennis championship semifinals and finals will be streamed live from Santiago, Chile on the Panam Sports Channel from November 5-6.

SANTIAGO, CHILE (November 3, 2022) — The best athletes of the Americas will be on display for the world to witness once more this weekend during the 2022 Pan American Table Tennis Championships that will be live streamed on the Panam Sports Channel.

The 2022 edition of the continental championship began on October 31 and will conclude on November 6 with the men’s and women’s singles finals. Panam Sports Channel will begin its coverage of this exciting tournament on Saturday, November 5.

Athletes such as Brazil’s Hugo Calderano and Bruna Takahashi, Chile’s Nicolas Burgos and Paulina Vega, Puerto Rico’s sisters Adriana and Melanie Diaz and Kanak Jha of the United States are just a few of the stars who will be competing for the continental title in the singles, doubles and team events.

Brazil has already been crowned the champions in both the men’s and women’s team events, repeating their impressive performance from the 2021 edition of the event. Hugo Calderano led Time Brasil in the tightly contested men’s team final against the United States led by Jha Kanak  who gave his all but ultimately fell short of the title in a final score of 3-2.

The women’s team final was also a close match between Brazil and the United States, but once again Brazil came out on top 3-2 led by Bruna Takahashi.

Don’t miss these exciting two days of Table Tennis action live on the Panam Sports Channel, the destination for sport in the Americas. Download the free App here!