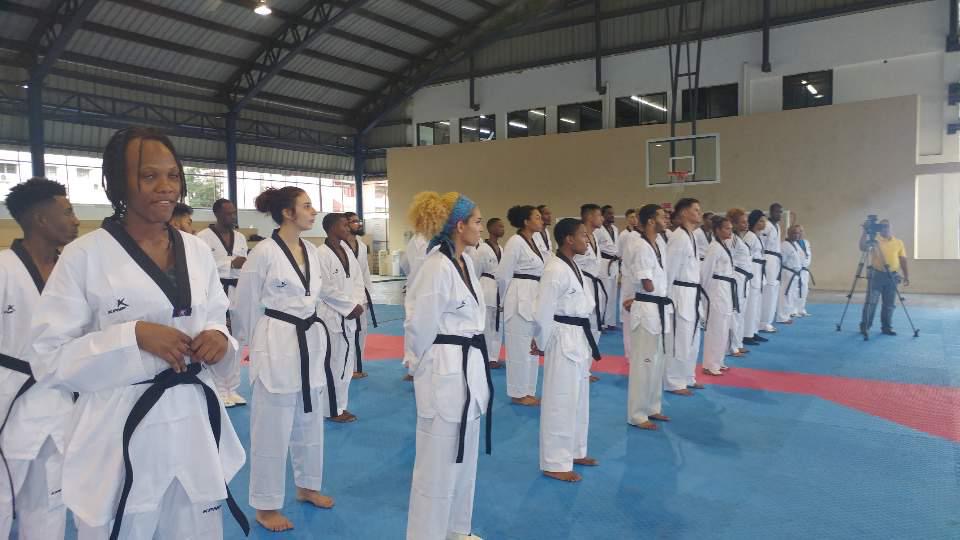 With 79 athletes and 13 trainers from across the continent, the Taekwondo Sports Development Camp in the Dominican Republic was organized by Panam Sports in conjunction with the Olympic Committee with the goal of preparing athletes for the Tokyo 2020 qualification tournament.

The Dominican Republic has recently become one of the go-to locations for Panam Sports to hold Sports Development Camps for athletes of the Americas.

Excellent weather, spectacular sports facilities, accommodation in the Olympic Development Center, world-class athletes and friendly people are a few of the factors that have made the Caribbean island a preferred destination for these camps.

The Camp is led by four trainers in the sport: three from Peru, one from the United States and one from Mexico.

“We are very happy with the response we have had from the countries, the Olympic Committees and the athletes participating in this new taekwondo camp that we are organizing in the Dominican Republic. For Panam Sports, our President Neven Ilic and the Executive Committee, these Camps represent a very important part of our Strategic Plan, and that is why we provide the effort and resources to help these athletes achieve greater development in the sport from trainers with great expertise. I take this opportunity to thank COLIMDO for their great help and always being willing to support Panam Sports and the athletes,” said Ricardo Probert, Panam Sports Technical Director who is overseeing the camp in the Dominican Republic.

There are several training camps that are being organized prior to the Tokyo 2020 Olympic Games, one of the most important being the one that will take place in the city of Tachikawa, just 40 minutes from the Japanese capital which will be used to prepare and acclimate athletes of the Americas for the Olympics being held in Japan this July and August.