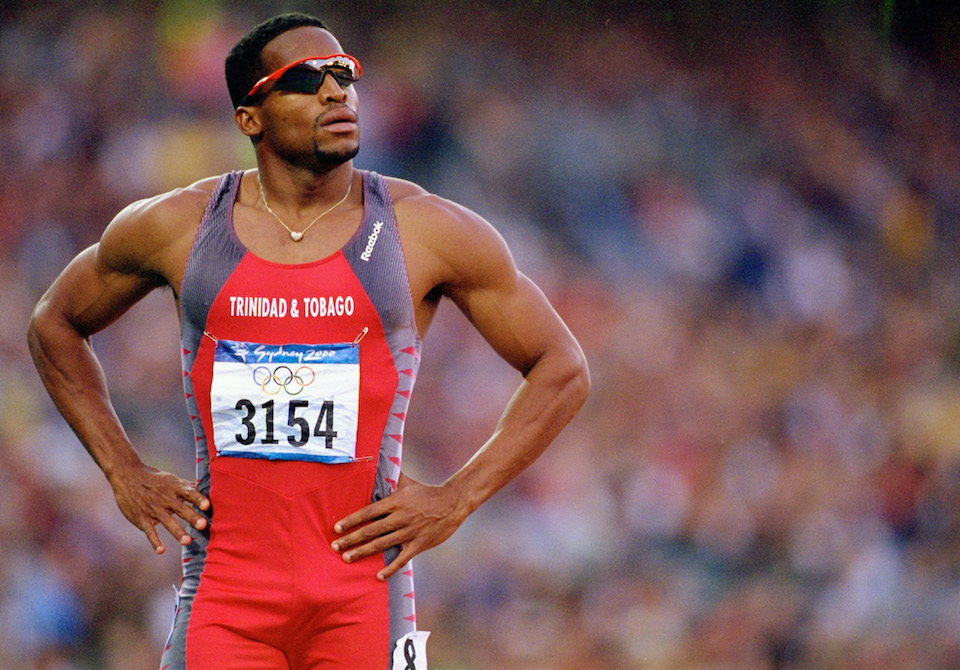 Who could forget those incredible races in the nineties, when the world trembled with excitement to see the spectacular rivalries between athletes of the highest level.

At the world’s greatest athletics events in the late 1990’s, the same names could always be found at the starting line of the 100 and 200 meter races, the names of the world’s greatest sprinters. Stars such as Frankie Fredericks of Namibia, Maurice Greene and Denis Mitchell of the United States, Donovan Bailey of Canada, Lindford Christie of England, and of course, Ato Boldon of Trinidad and Tobago, known for wearing his unique glasses in competition.

Boldon had a brilliant career. In total, he achieved four Olympic medals, including a silver in the 100 meters and bronze in the 200 meters at the Sydney 2000 Olympics, and two bronze medals in the same events at the Atlanta 1996 Summer Games.

His top achievement came in 1997, when Boldon sprinted to the gold medal in the 200 meters at the IAAF World Championships held in Athens with a time of 20.04 seconds. The sprinting star also earned three more silver medals at World Championships, placing second in the 4×100 meter relay and 100 meter dash at Edmonton 2001, and second in the 100 meters at Gothenburg 1995.

This Trinidadian idol also competed at the Santo Domingo 2003 Pan American Games at the Felix Sanchez Olympic Stadium in the Dominican Republic. Here, he ran with teammates Nicconnor Alexander, Marc Burns and Darrel Brown in the 4×100 meter relay.

In an exciting race, the Trinidad and Tobago team won the silver medal with a time of 38.53 seconds. The gold medal was won by Brazil’s memorable team that also won a silver medal at the Sydney 2000 Olympics, featuring Claudinei Da Silva, Vicente de Lima, André Da Silva and Edson Ribeiro, who won in 38.44 seconds. Cuba finished third in a time of 39.09 seconds.

After retiring from his incredibly successful athletics career, Boldon dedicated himself to becoming a television commentator for some of the most important sporting events in the world. He also entered the political sphere, becoming a Senator in Trinidad and Tobago.

Now, Boldon is an athletics coach who is training one of the top young athletes in the world and current Youth World Champion, Briana Williams of Jamaica.

Ato Boldon will forever be remembered as a Panam Sports Legend for his contributions to Trinidad and Tobago and sport in the Americas well as his unblemished athletics career.