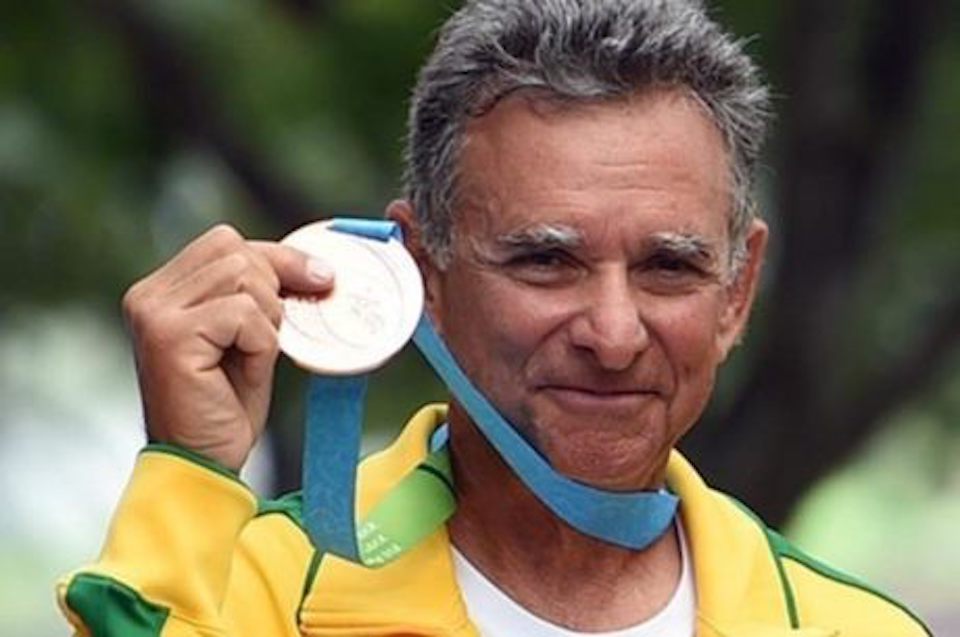 Even at 68-years old, Claudio Biekarck continues to compete — and win — against the best athletes of the Americas.

Going into the Lima 2019 Pan American Games, Brazilian sailor Claudio Biekarck had dreams of earning his 10th Pan Am Games medal in as many Games, an unprecedented feat of longevity at Americas greatest sporting event.

He knew his competition in the Lightning boat category would be as strong as ever since he made his Pan Am Games debut in Mexico City 1975. Here, Biekarck won his first Pan Am Games medal, a silver in the Finn boat discipline.

Forty-four years after winning his first medal, Biekarck claimed his 10th at Lima 2019, finishing second in the Lighting competition with friend and teammate Gunnar Ficker and his daughter Isabel Ficker. The three happily shared their silver medals and huge smiles on the podium in the Peruvian capital, the culmination of a lifetime of athletic achievements.

His silver medal earned in Lima could be his last, as he says it may be time for the next generation of athletes to compete for Brazil.

With his 10th medal, Claudio further cements himself as the most decorated sailor in the history of the Pan American Games. Since making his debut in 1975, Claudio has competed at every Pan Am Games except for San Juan 1979 and Santo Domingo 2003, winning a medal in each of the Games he competed in.

His first gold medal came at the Caracas 1983 Pan Am Games in the Lightning discipline when he began competing with teammate Gunnar Ficker. He would go on to compete in three different Olympic Games in his career.

In total, Claudio has one gold, five silver and four bronze medals across more than 40 years of competition at the Pan Am Games, establishing himself a true legend of not only sailing, but the Pan American Games themselves.