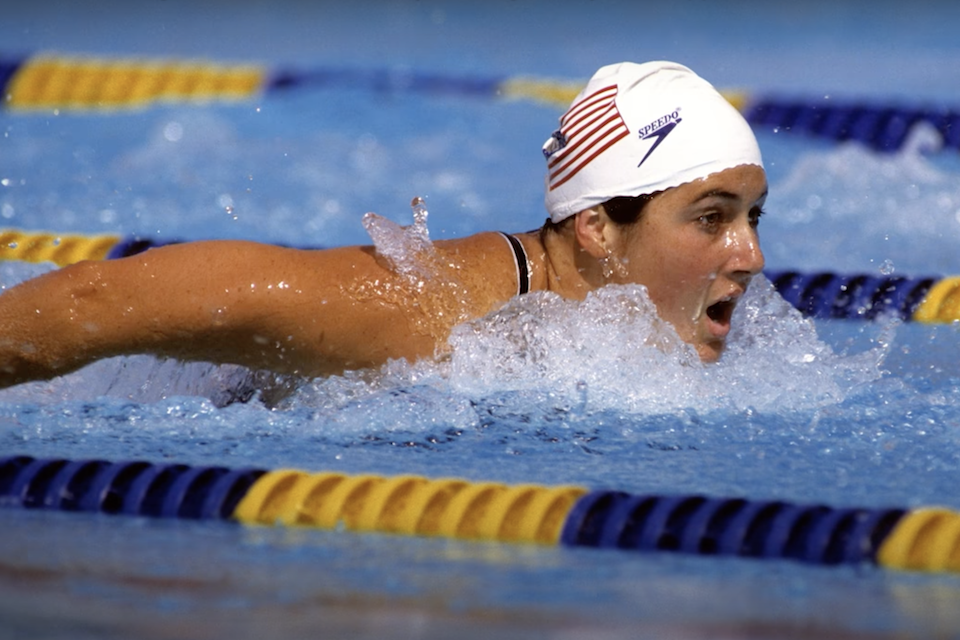 The history of swimming at the Pan American Games is filled with incredible champions, Olympic legends and world-record holders, including Mark Spitz, Debbie Meyer, Elaine Tanner and Thiago Pereira.

However, perhaps the most impressive swimming performance at the Pan Am Games was delivered by a 14-year old rising star at the San Juan 1979 Games. Mary Meagher, while still a high schooler in the United States, set a new World Record in the Women’s 200m Butterfly on her way to the first of many gold medals in her illustrious career.

Her world-record time of 2:09.77 at San Juan 1979 would be untouchable throughout the world over the next 21 years, except of course by Meagher herself. Between 1979 and 1981, Meagher improved on her own record an outstanding 4 times, lowering the record by nearly a second in every instance.

Her final world-record setting performance in 1981 was perhaps her greatest, and is often considered one of the most impressive achievements in swimming and sporting history. At the 1981 US National Championships, Meagher dominated the competition on the way to an eye-popping time of 2:05.96 in the 200m Butterfly, setting a World Record that would not be beat for another 19 years.

Three days later, Meagher amazed once more in the 100m Butterfly, once again besting her own previous World Record in the event, finishing in 57.93 seconds. Her new time was nearly 1.5 seconds faster than the record she had set just one year earlier. Once again, her incredible new World Record would not be beat until 18 years later. These two World Records in the span of three days earned her the title of World Swimmer of the Year.

She would go on to compete in her second Pan American Games at Caracas 1983. In Venezuela, she once again dominated the competition on her way to the 200m Butterfly gold, becoming the first woman to repeat as champion in the event in the history of the Games.

Mary competed in her first Olympic Games one year later at Los Angeles 1984, having missed the 1980 Olympics due to the U.S. boycott of the Games in Moscow. Meagher did not falter

at her first chance to achieve Olympic glory, blazing through the water to an impressive three gold medals in the 100m and 200m Butterfly and the 4×100 Medley Relay. Her second and final Olympic performance came at Seoul 1988 where she earned the bronze medal in the 200m Butterfly.

Mary Meagher’s undeniable passion and determination has forever etched her name in the annals of Olympic and Pan American Champions. She is a true Panam Sports Legend who inspired thousands of athletes to pursue their own dreams of greatness.