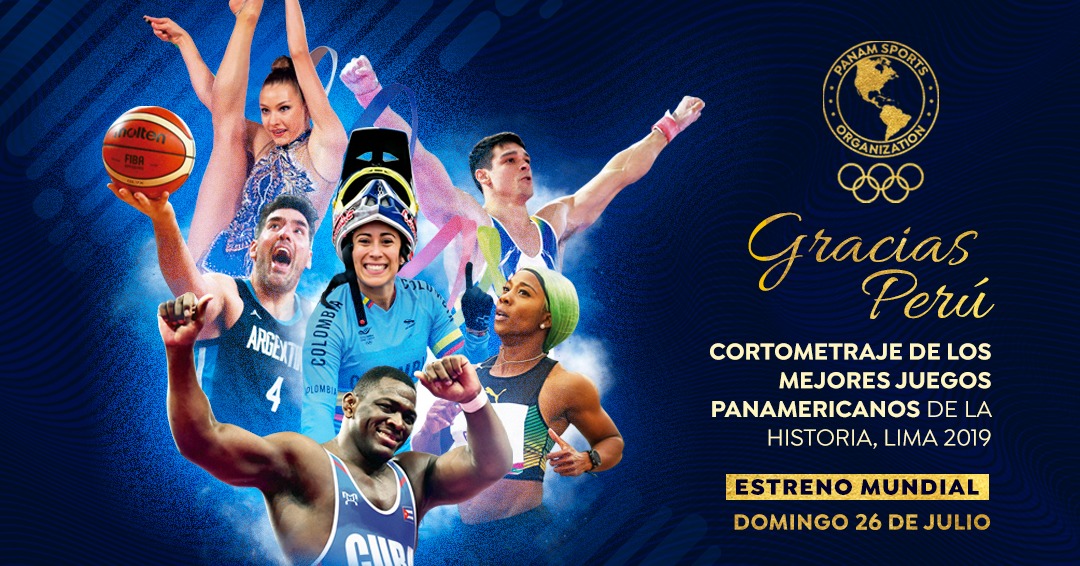 In commemoration of the one-year anniversary of the inauguration of the XVIII Pan American Games of Lima 2019, Panam Sports is proud to present a 12-minute short film on YouTube and on the Panam Sports Channel, this Sunday at 12pm (ET).

Watch never-before-seen footage telling the story of the best Pan American Games in history, beginning with the selection of Lima as the Host City in Toronto, Canada in 2013 and following the journey to the unforgettable Closing Ceremony on August 11, 2019, where more than 35 million Peruvians chanted “Contigo Peru” before the eyes of more than 400 million viewers throughout the globe who all witnessed an exciting end to Lima 2019’s spectacular festival of sport.

SANTIAGO, CHILE (July 25, 2020) – It seems like it was just yesterday when the President of Panam Sports, Neven Ilic, declared the Lima 2019 Pan American Games officially closed in front of more than 40,000 spectators, but not without first thanking everyone who made this incredible continental sports celebration possible with a declaration that could be etched in bronze and will forever remain in the memory of millions of Peruvians:

“When we started 15 days ago, we dreamed of having great Games, and today I tell you, it was a great reality… We had the greatest Pan American Games in history!”

Tomorrow, 365 days since the most important sporting event ever held in Peru began, Panam Sports will premiere the short film “¡Gracias Perú!”. This incredible 12-minute film shows the most important milestones of these Games, beginning with Lima being named the Host City at the ODEPA General Assembly in Toronto, Canada in 2013, and concluding with the Closing Ceremony at Peru’s National Stadium in Lima on August 11, 2019.

We invite you to subscribe to our YouTube channel with the following link, not only to catch the premiere of “¡Gracias Perú!”, but also to stay up to date with the latest from Americas’ Olympic Movement.

We also invite you to visit the official Panam Sports Channel to access exclusive content, Games highlights, full matches and finals from Lima 2019, as well as the successful editions of the Expert Connection series and the virtual training courses offered as a service to the Pan American Family.