Young wrestlers from throughout the Americas now have new techniques and strategies to help them both on and off the mat thanks to the Panam Sports Training Camp held in the Mexican Olympic Committee.

The first training camp of 2022 began on July 12 and featured 10 days of intense training for the U-20 athletes, a three-day course by the IOC’s Athlete 365 program and even health-screening tests for every athlete to establish a baseline so they can monitor their health over their careers.

“As a Mexican it’s very nice and very important that we are the hosts of this event that’s so important for our development as athletes. It’s truly an honor,” said Lazaro Iturriza, a wrestler from Mexico participating in the camp.

“Try to take advantage of this experience and use this to become wrestlers. What we want in the end is that the Americas improve in every sport. You are the young athletes who are going to go on to win the Olympic medals for your countries and your continent. It makes me really happy that you all are here, especially as a Mexican it makes me even happier that this camp is here in Mexico,” Sisniega told the athletes in his welcoming remarks.

The wrestling camp is the first of five training camps that the Mexican Olympic Committee will host this year. Karatekas will stay and train at the NOC facilities from August 29 to September 7 while archers will have their training camp between September 18 to 26. The dates for the training camps for the sports of taekwondo and boxing are to be determined.

“We are very happy to have the countries of our continent here. It’s very important to me that they visit us here because we have a complete system that is hard to find in other countries. Here we have the facilities, the accommodations and the nutrition all in the same place and that helps the athletes and the coaches to have better conditions to train and rest,” said Mexican Olympic Committee President Maria Jose Alcala.

Nearly 70 athletes from 11 countries participated in the camp, telling Panam Sports that they appreciated the opportunity to learn from both the coaches and the other athletes that they would normally be competing against.

“It’s been a great experience to wrestle with people my age and my level. It’s awesome to meet all the different countries and see how they wrestle. They all have different styles and different aspects that I’m learning from, it’s very beneficial for me,” said Cesar Ubico Estrada, an 86kg freestyle wrestler from Guatemala.

United World Wrestling provided a variety of coaches from both the region and the world to help develop these young wrestlers throughout the training camp, offering them new tips and techniques to win more matches and reach the most important sporting events in the Americas.

“There are athletes here that are continuing their preparation for the World Championship and this helps them a lot because here the athletes have an equal level and sometimes in their countries an athlete doesn’t have an opponent to be able to train at the level they need, and here we have that,” said Mexican national team Coach Rene Buenos Hernandez.

The 69 athletes who participated in the camp will now shift their focus towards the U20 Wrestling World Championships that will take place in Sofia, Bulgaria from August 15-21. After that, many will seek to qualify for their first Pan American Games at Santiago 2023.

The next Panam Sports Training Camp heads to Lima, Peru where surfers will train from July 25 to August 1. In addition to the other camps scheduled for Mexico, the Dominican Republic will host a judo training camp from August 29 to September 6. More training camps and dates will be announced once confirmed. 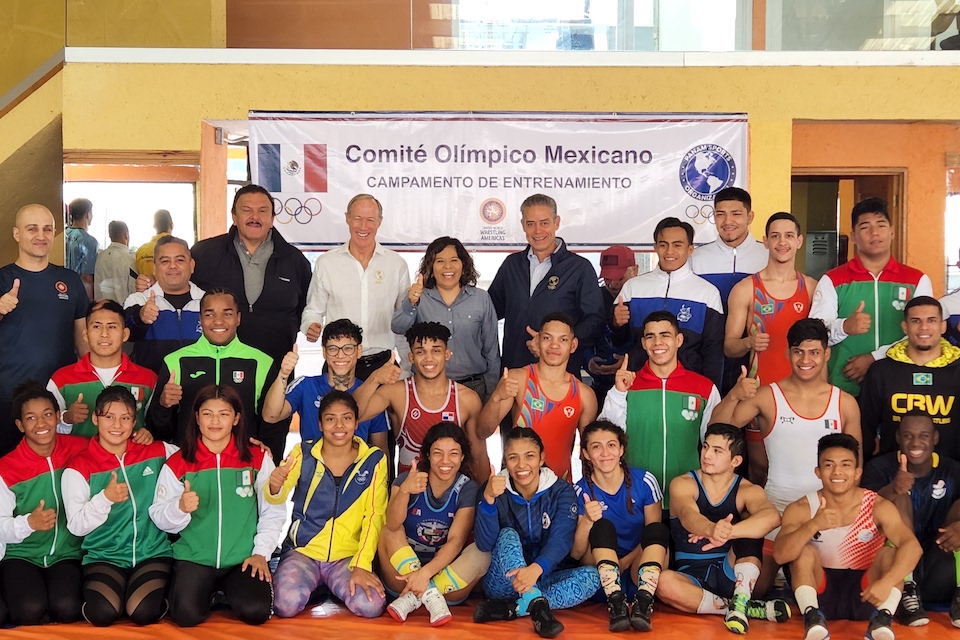