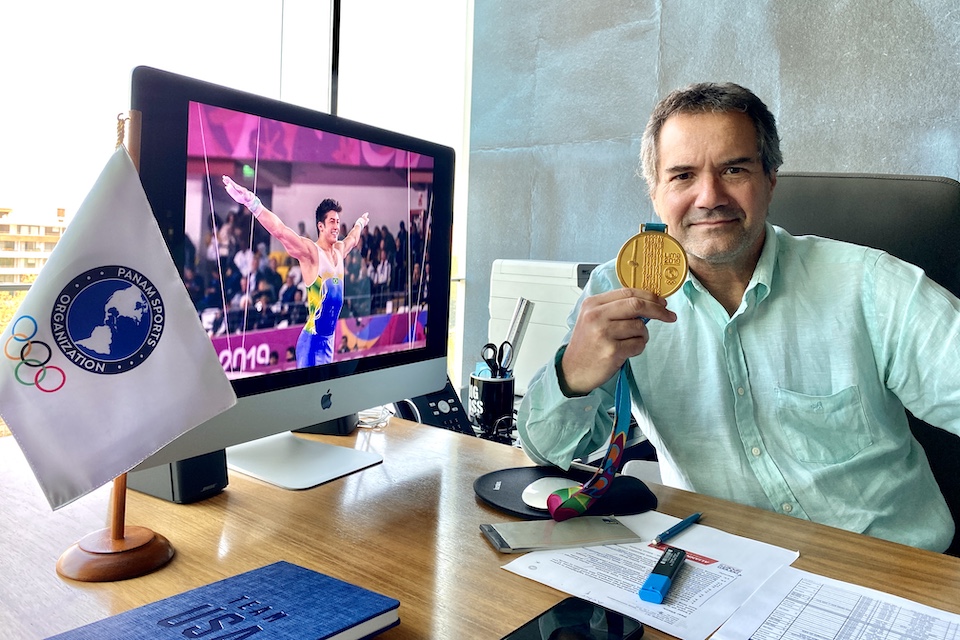 Panam Sports President, Neven Ilic, confirmed the plan to replace the medals this morning. “We found out through social media, and we were very sorry that all of his medals were stolen. For this reason, I asked my team to send him the three medals he won at the Lima 2019 Pan American Games as soon as possible.”

SANTIAGO, CHILE (February 8, 2021) — Medals are one of the most precious assets of every athlete. It is the reward for effort, dedication and many years of sacrifice. When the outstanding athlete of Time Brasil, Arthur Nory — a World Champion, Rio 2016 Olympic medalist and Lima 2019 Champion — published on his social media that all of his medals had been stolen from inside his house, the signs of support from his teammates athletes throughout the world was surprising.

Media throughout the Americas and the world covered this unfortunate event, with Arthur asking everyone to please notify him if they had any information regarding his stolen medals.

Upon learning of the robbery in the Brazilian gymnast’s home, the President of Panam Sports, Neven Ilic, did not hesitate for a second to give his full support, immediately asking his staff to replace the medals Arthur Nory earned at Lima 2019, including the gold medal in the Team event and two silvers in the All-Around and Horizontal Bar.

“Arthur is an extraordinary athlete, who has brought a lot of happiness to Brazil and our continent. He is a World Champion, a Rio 2016 bronze medalist, and he had an outstanding performance at our Lima 2019 Games. We know that he is very sad about this theft, and that is why we are going to support him and send him the medals he won in Peru as soon as possible,” said the President of Panam Sports, Neven Ilic.

“We hope he does not lose focus in his work to achieve his great goal of reaching Tokyo and that he can have an outstanding performance at the Olympic Games. Although they are a material asset, we know all the effort that’s needed and what the medals represent for him. But nothing is going to cloud all of his achievements and everything that we hope he will achieve in the future,” concluded Ilic.

TO DOWNLOAD THE VIDEO AND PHOTOGRAPHS OF PRESIDENT NEVEN ILIC WITH ONE OF THE MEDALS THAT WILL BE SENT TO ARTHUR NORY, CLICK THE LINK BELOW: