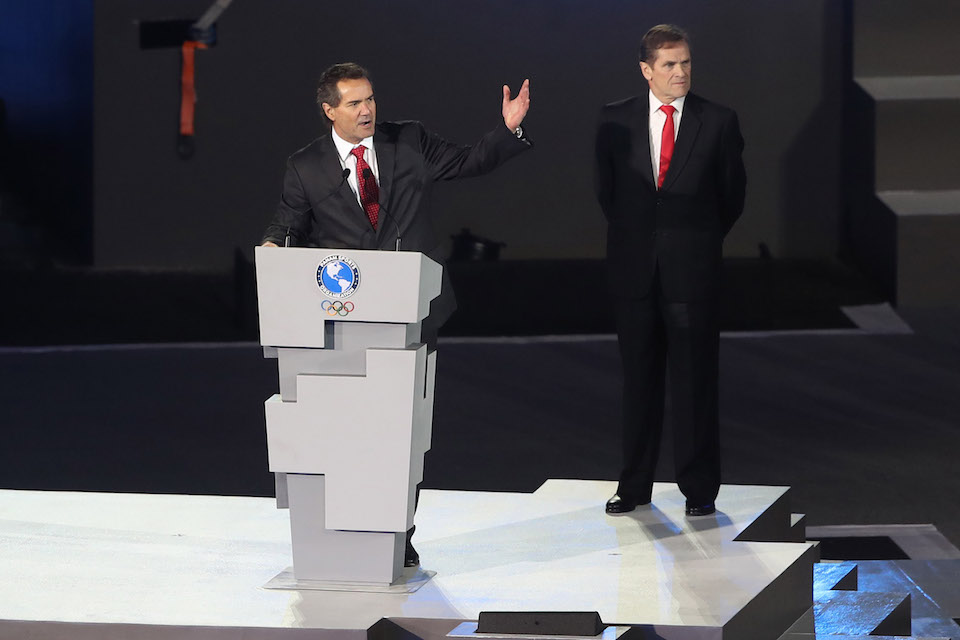 International superstar Luis Fonsi made everyone in Peru’s National Stadium and throughout the Americas dance the night away with his incredible performances of his top hits before the fireworks illuminated the Peruvian capital.

LIMA, PERU (July 27, 2019) — The biggest sporting event in the Americas is uniting the continent once more with the Pan American Games of Lima 2019 now officially open.

Four years have passed since the Toronto 2015 Pan Am Games passed the torch to the Peruvian capital to be the next in a long line of fantastic cities to host the continent’s greatest festival of sport. Now, the years of hard work and preparation by the Lima 2019 Organizing Committee, Panam Sports and all of Peru are finally bearing fruit.

The best athletes of the Americas got the party started before even entering Peru’s National Stadium. As the delegations gathered outside, rival chants from countries like Argentina and Brazil filled the air and set the tone for the spectacular evening.

Athletes from every corner of the American continent walked with their teammates to great applause from the nearly 50,000 spectators filling the stadium, each led by a flag bearer with their head held high.

With the flags of Peru and Panam Sports raised and the athletes in their seats, it was time for the show to begin. Produced by Balich Worldwide, the ceremony exemplified the ancient and storied culture of Peru and featured more than 1,700 Peruvian artists.

A recreation of the famous Temple of Caral in the Supe Valley served as the backdrop of the show, with lights transforming the stage for each different act and the stage itself changing shape throughout the ceremony.

Legendary Peruvian Tenor Juan Diego Florez awed the crowd with his passionate performance, bringing great pride to all the Peruvians in attendance and impressing the thousands of international guests in attendance.

Team Panam Sports Ambassador Alexandra Grande of Peru recited the Athlete Oath of the Pan American Games, promising on behalf of all the athletes to respect the rules of competition and the spirit and values of the Games.

Lima 2019 President Carlos Neuhaus then gave his speech to the crowd, thanking his hard-working team and the entire country for making this great dream a reality.

Panam Sports President Neven Ilic followed, delivering one of the most passionate speeches ever seen at the Ceremonies of Continental or Olympic Games. Without reading a single line, President Ilic spoke directly from the heart to the thousands in attendance and millions watching at home around the world, receiving thunderous applause from the sold-out crowd after nearly every declaration.

“We are absolutely ready for this party, and we are proud because Peru has prepared a wonderful party for sport in the Americas. This is the achievement of an entire country, its people, and its government. You have successfully achieved your commitment to create a great and spectacular sporting event. Be proud of what you have done. The world is watching and admiring you. I congratulate you all, you have accomplished it and done a fantastic job,” Panam Sports President Neven Ilic told the crowd while clearly expressing his great pride to officially open his first Pan American Games as the leader of Americas Olympic Movement.

The Pan American Flame then made its grand entrance to the National Stadium, having begun its long journey from the Pyramids of the Moon and Sun in Teotihuacan, Mexico on July 2. The journey began from one ancient civilization to another, making its first stop in beautiful Cusco, Peru and the heart of the Ancient Incan Empire of Machu Picchu on July 4. Over the course of 23 days, 900 torch bearers carried the flame across 26 cities in Peru.

With the cauldron lit, the real party was ready to begin. International superstar Luis Fonsi got the entire stadium on its feet as soon as he entered the stage. His amazing performance included several of his smash hits including “Calypso”, “Date La Vuelta”, “Echame La Culpa” and “No Me Doy Por Vencido”.

Fonsi ended his performance with one of the most famous songs in history and world-record holder for most YouTube views, “Despacito”, with nearly every fan in the stadium holding out their phones to take selfies and videos of the historic moment. Fonsi’s energetic and passionate concert will forever be remembered as one of the greatest performances in the history of the Opening Ceremonies of the Pan Am Games. The grand fireworks display then lit up Peru to officially close the Opening Ceremony.

The Lima 2019 Pan American Games are finally here and continue until August 11. Let’s All Play!!

Click here to view photos from the Lima 2019 Opening Ceremony. 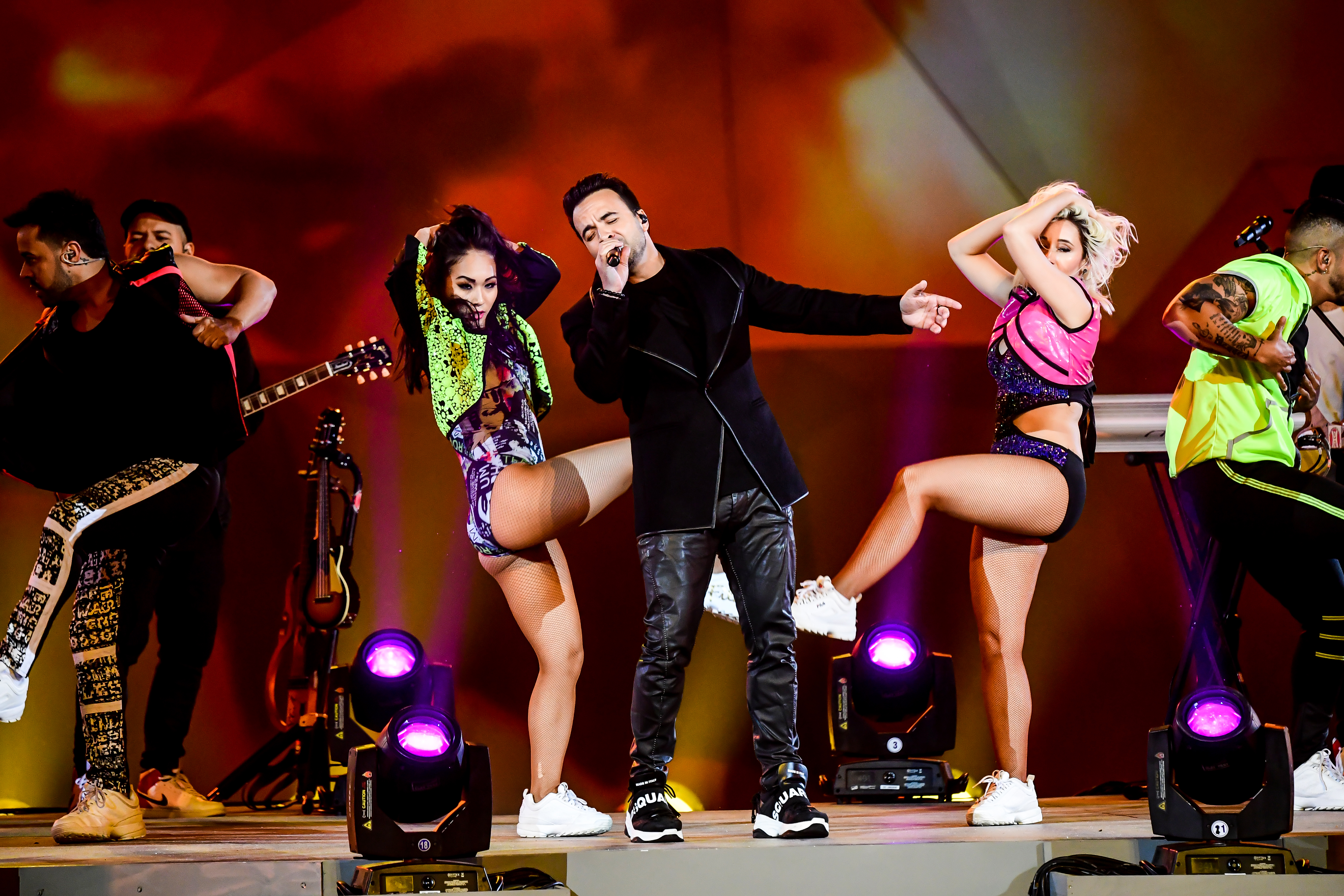 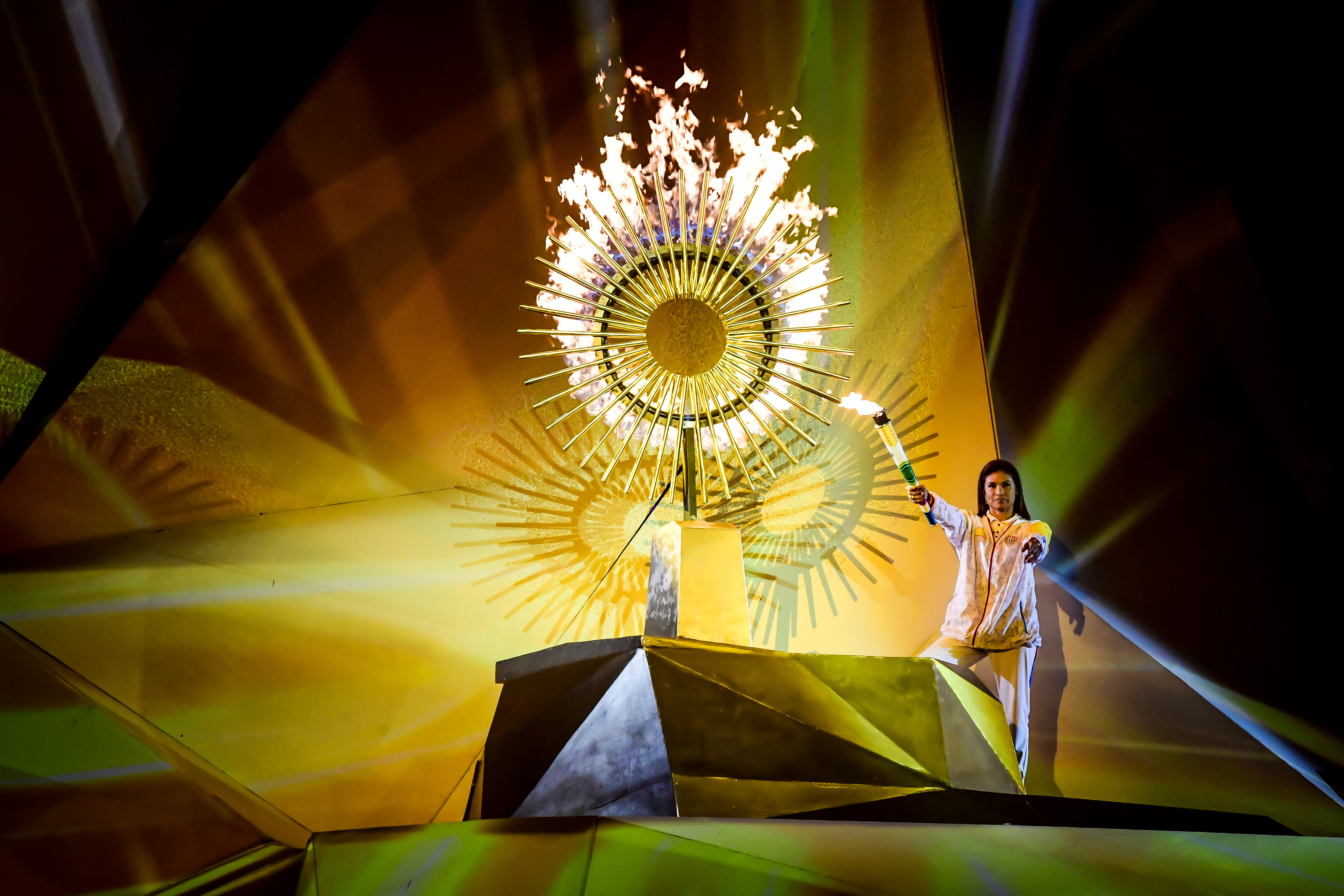