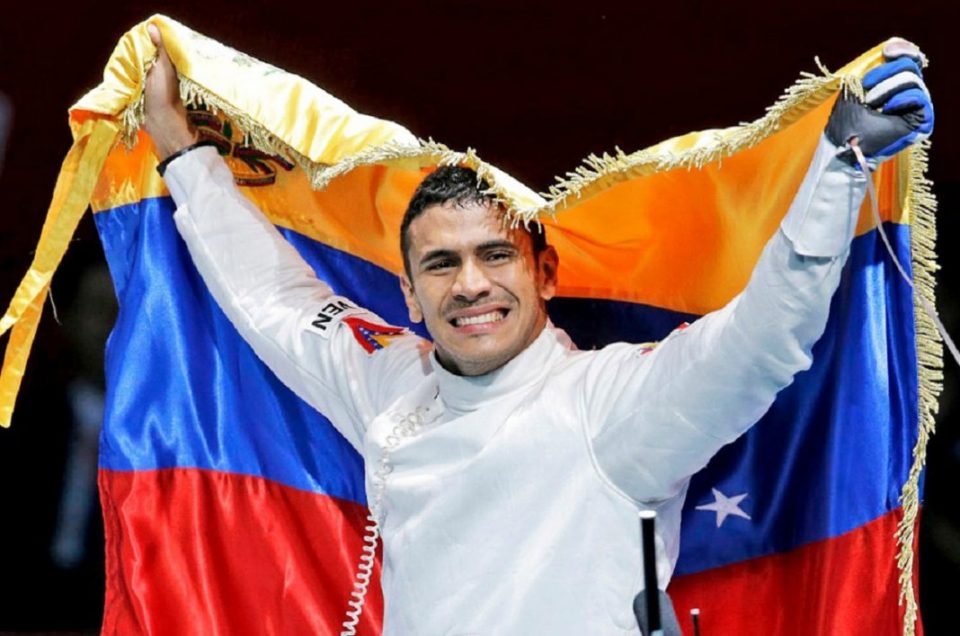 London 2012 Olympic Champion and three-time Pan Am Games individual Champion Ruben Limardo adds another achievement in his long and successful career in the world of fencing. This week he was informed by the International Fencing Federation (FIE) that his name was going to be inducted into the organization’s Hall of Fame. A triumph not only for him, but also for Venezuela and the entire American continent.

Ruben Limardo is considered one of the most successful athletes in the history of Venezuela. His achievements speak for themselves: gold medalist at the London 2012 Olympic Games, two-time silver medalist at the World Fencing Championships in Budapest and Wuxi and four-time Pan American Games Champion (three individual and one Team), the last of which was achieved at the recent Lima 2019 Pan Am Games.

Add these accomplishments to the tremendous person that he is, with surprising charisma, strong values ​​and humility that is difficult to find in athletes of his caliber, and you have an impressive athlete who deserves all the recognition he receives.

For these reasons, the International Fencing Federation proposed to include the greatest Venezuelan fencer in history on the list of the great heroes of this sport. Limardo now joins the Father of the Olympic Movement, Pierre De Coubertin as well as current International Olympic Committee President Thomas Bach.

This is an achievement that undoubtedly fills the entire Venezuelan nation with pride, but also the entire American continent, because Ruben Limardo is a shining example of overcoming adversity, persevering and always competing with great effort and passion.

“The truth is that as Panam Sports we are very happy and proud that an athlete like Ruben has been chosen to join the International Fencing Federation Hall of Fame. His sincerity and his commitment and love for the sport have led him to be very successful, and this is yet another recognition of an exceptional career,” said Panam Sports President, Neven Ilic, from his office in Santiago, Chile.

Ruben Limardo proudly expressed his joy and kindly sent Panam Sports his reaction to such an important recognition.

Panam Sports and the entire Pan American Family congratulate you, Ruben, for this new achievement in your sports career. We wish you much success in your preparation for your next challenges, which of course include the Tokyo 2020 Olympic Games to be held in July 2021.