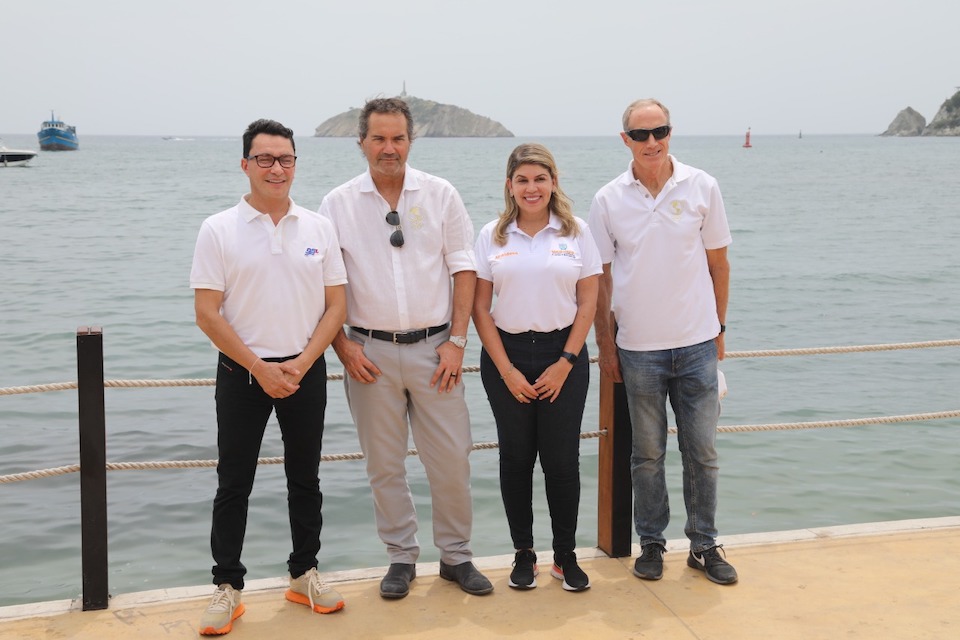 Santa Marta now joins other potential Host Cities such as Asuncion, Paraguay and Lima, Peru which have shown their interest in staging the second edition of the Junior Pan American Games. The race to host the most important youth sports festival on the continent has begun.

Magdalena Governor Carlos Caicedo and Santa Marta Mayor Virna Johnson invited Panam Sports for a three-day visit that included tours of sport venues that were primarily built for the 2017 Bolivarian Games as well as important meetings to know what this city has to offer for the Olympic Movement of the Americas.

“In 2025 our city will be 500 years old, so there is no better opportunity to celebrate this very special occasion for all of us and for all of Colombia with the entire continent. We are waiting for you here, we are going to welcome you with great kindness and make you feel at home as we have done in other events,” said Magdalena Governor Carlos Caicedo.

Santa Marta is the oldest city in South America and the capital of the state of Magdalena that currently has 500,000 inhabitants.

It is recognized for being a very attractive tourist destination for its beautiful beaches and its rich culture and traditions. It is the birthplace of Colombia’s only Nobel Prize winner in Literature, Gabriel Garcia Marquez as well as sports legends such as Carlos “el Pibe” Valderrama, Radamel Falcao and Carlos Vives.

“We are very excited that the Panam Sports delegation is in our city and getting to know our strengths, our venues and our people. We are preparing ourselves and we are very optimistic about hosting the Junior Pan American Games in 2025,” said Santa Marta Mayor Virna Johnson.

It was Panam Sports President Neven Ilic’s first visit to Santa Marta. He left with a great impression of both the city and its people, as well as its great sports infrastructure. In addition, he recognized the idea of Magdalena’s Governor who said that Santa Marta could not only host the Junior Games but also serve as a co-host of the Barranquilla 2027 Pan American Games.

“I am very impressed. The city is very beautiful and its sports infrastructure is very well maintained. Everything complies with our standards. There are certain things that are still required, but we hope that (in the event they are chosen) the few things that Santa Marta still needs that they are thinking about utilizing them for the senior Pan American Games to be sure that all the investment made for 2025 would also serve the Games in 2027. That is the philosophy that must be had. It seems to me that it is very responsible in economic terms for a country to make an investment in the middle of their journey towards another major event such as the 2027 Pan American Games in Barranquilla,” said Neven Ilic.

Santa Marta has already made its application official to host the 2025 Junior Pan American Games. Lima, Peru and Asuncion, Paraguay are two other cities that have shown interest at this early stage. The competition to host the second edition of the most important youth sporting event on the continent is now underway.

Click here to view photos of the visit to Santa Marta.