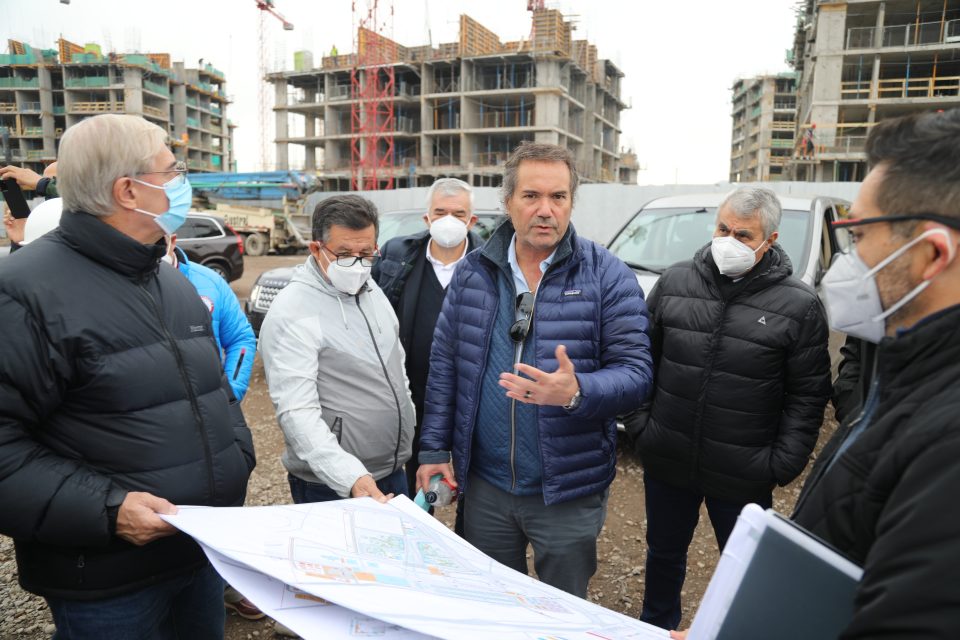 Site visits on Friday to the Pan American Village in Cerrillos, the National Stadium Sports Park and the offices of Panam Sports marked the conclusion of the Santiago 2023 Coordination and Follow-Up Commission of the continental sports organization.

During three extensive days of meetings and visits, Panam Sports authorities from Jamaica, Haiti, Cuba, Paraguay, Colombia, Saint Kitts and Nevis, Argentina, Mexico, Guatemala and Guyana witnessed first hand the progress made by the Host City of the next Pan American Games of Santiago 2023.

The summary is positive, although concerns remain about some infrastructure delays, particularly the Aquatics Center. However, authorities expressed full confidence that all preparations will be completed and carried out in the best way for the continental event that begins in October 2023.

“After two years we can finally meet with the entire Follow-Up Commission here in Santiago. From the operational point of view, the progress is good. Today the challenge is that the international tenders come out in the next few days and that’s where they are. The village is a fantastic project that is not only for the athletes of the Games but it’s also a social project for 1,350 families so it will be a tremendous legacy. In terms of the sports facilities, I still wouldn’t say they are behind. If they can start in the next 30-60 days, we will arrive without problems,” Panam Sports President Neven Ilic said in a press conference.

The highest authority of continental sport also took the opportunity to announce the new sports venues that will host some events during the Games.

“Athletics will be held in the main coliseum of the National Stadium. Chilean athletes deserve a new Olympic level track in the most important venue in our country. At the request of the athletes and the International Federations, Surfing will be held in Pichilemu, Rugby 7s in the Municipal Stadium of La Pintana and Rowing will be held in San Pedro de la Paz following all the problems with water resulting from the drought,” Ilic added.

After the Village and National Stadium Sports Park tours, the sports authorities of the Americas visited the Panam Sports offices in Santiago before finishing the tour at the Sheraton Hotel. They then had lunch and met once more to discuss their final conclusions.

The next visit of international authorities to Santiago will take place in late August and early September when the Panam Sports General Assembly will be held in the Chilean capital.

CLICK HERE TO SEE PHOTOS OF THE SITE VISITS BY THE PANAM SPORTS FOLLOW-UP COMMISSION.